GET NEWS AND ARTICLES IN YOUR INBOXPrint
A
A
Home | Mises Library | Recovery or Boomlet? 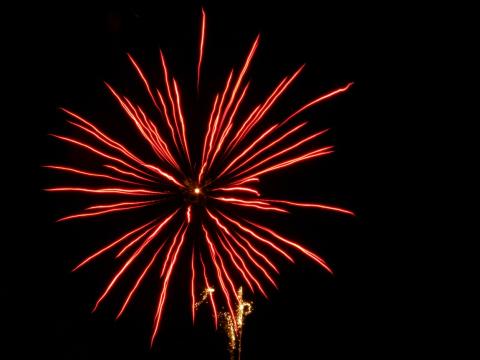 In recent weeks, the stock market has staged a mild rally. Though the most recent unemployment numbers are well over six percent, Republicans, as well as a few market analysts, are claiming that the long overdue economic recovery has arrived. While I wish that were the case, the facts demonstrate otherwise; this is not a recovery, but simply an unsustainable mini-boom that makes the long-term economic picture even worse.

That is not how we hear things from the government, not surprisingly. Administration officials, hopeful that a strong economy next year will boost George W. Bush's election chances, have been trumpeting the end to the longest economic downturn in this country since the Great Depression of 70 years ago. His media supporters, such as Larry Kudlow and Neil Cavuto, also agree and have called for the Federal Reserve System literally to open the money spigots. According to Kudlow:

No matter what the investment—be it corporate profits paid out as dividends, or capital gains, or new capital-goods orders and shipments by large and small businesses, or new high-risk venture start-ups—higher after-tax investor-class returns will place new liquidity demands on the financial system. The Fed must accommodate them.

A shock-and-awe liquidity-expansion policy from the Fed will counter our underperforming economic recovery, offset the forces of worldwide deflation and recession, and stomp out deflation fears at home. An aggressive liquidity stance will also accommodate rising transaction demands following the latest Bush tax cut. And it will even counter the negative effects of any potential breakdowns in the investment portfolios of Freddie Mac and Fannie Mae, the troubled loan institutions.1

Of course, "liquidity expansion" in Kudlow-speak is nothing more than a burst of inflation, and the Federal Reserve has followed suit, lowering its discount rate to something not much above zero. (Kudlow and the other inflationists wanted the Fed to cut its rates by more than what was actually done, but it would seem that the next logical step for the Fed would be simply to dump money from helicopters or hand it to passers by at the street corners.)

Kudlow is hardly the only offender here, and while his "shock and awe" analogies are over the top, the truth is that economists and pundits, both left and right, have been calling for basically the same solution: inflation, and more inflation. This not only reflects the total misunderstanding of the current economic situation by both the economic mainstream and political pundits (Well, what would we expect?), but also demonstrates ignorance both of business cycles and of money itself.

As Murray Rothbard and Ludwig von Mises tirelessly pointed out, an economic recovery occurs when consumers and investors begin to direct investment into sustainable lines of production. A recovery can only happen after the malinvestments that accumulated during the previous boom are substantially liquidated. Of course, a liquidation must be permitted to occur in the first place, something that the Bush Administration and the Fed have fought at every turn, which I note in previous articles.

Given that the government has done everything in its power to prevent the full liquidation of malinvested capital, and given that the Bush Administration and Congress have substantially increased the burden of government that must be borne by individuals, it seems clear that the U.S. economy is not poised for a recovery. Indeed, from airlines to manufacturing, the liquidation has a long way to go before the economic downturn hits bottom.

Thus, any upturn whether in economic statistics or in the stock market is almost certain to follow the patterns not of economic recovery but rather a mini-boom. I say "mini" because there is no way that this particular boom, as pathetic as it is, can be sustained for a long time, unlike the boom of the late 1990s. In fact, the Fed's recent actions can only force more malinvestments which themselves will have to be liquidated in the future.

There is historical precedence for a mini-boom. During the early days of the Franklin D. Roosevelt Administration, which were marked by the passage of legislation like the National Industrial Recovery Act and the Agricultural Adjustment Act, the economy also experienced a small boom. In fact, the rate of unemployment, which stood at about 25 percent when FDR took office in 1933, fell to about 15 percent two years later.

The Roosevelt Administration was not the only active entity in Washington. The Federal Reserve System had lowered its discount rates to near-zero and the government was trying to force up the inflation rate, using tactics like destroying the gold standard and confiscating all gold money that individuals possessed.

The strategy worked, sort of. As noted earlier, some people were put back to work (although thousands also found employment doing government-sponsored tasks), but the boom was only temporary. Government was growing quickly, along with the tax burden, the regulatory state was taking form, and FDR openly savaged businessmen and his comments, as Robert Higgs has written, had a dampening effect upon the private investment needed to bring real recovery.

Roosevelt's mini-boom came to a screeching halt by late 1937, as the economy fell into the trenches again, the unemployment rate zooming to about 20 percent. To put it another way, FDR achieved a first: he helped to create a depression within a depression.

One hopes that the Bush Administration does not seek to emulate FDR, although, like Roosevelt, this administration has forced through huge increases in government expenditures and with the recent Medicare bill, has dumped a gargantuan unfunded liability upon U.S. taxpayers. (At least FDR did not send the armed forces all over the world—at least during the 1930s. In the 1940s he helped launch the biggest and most destructive war in world history.)

As we hear the political pundits and mainstream economists debate the current economic climate, perhaps terms like "shock and awe" truly are appropriate. One is shocked at the economic ignorance that is demonstrated time and again by the "experts," who are still stuck in a Keynesian time warp that while discredited, still seems to rule the intellectual roost. And one is in awe of the truly bad policy prescriptions that emanate from the White House, Congress, and the mainstream press.

Yes, 2004 is an election year, and the Bush Administration is desperate to make voters believe that the long-awaited recovery finally is here. Furthermore, there is no shortfall of Republican pundits trying to publicly make the case that the economic policies of Bush II really are better than the policy disasters of Bush I.

However, there simply is no way that the policies of the Fed and the Bush Administration are going to give us an economic recovery. As Mises and Rothbard wrote time and again, an economic recovery within a free market economy occurs as a matter of course once the government steps out of the way. That clearly has not happened for the past three years, and now that Bush is desperate to manipulate the economy in order to pave the way for re-election, it is not politically possible for this president and his underlings to take the needed hands-off approach to the economy.

Instead, we will be given the news that the wise policies of the Fed and the meager and back loaded tax cuts that the Republicans have given us will be enough to bring recovery. However, pay no attention to the man behind the curtain (whether it be George W. Bush or Alan Greenspan), for he does not know what he is doing. We are not in recovery; it is nothing more than a little boom that ultimately will turn into a bigger bust.