The Real Cost of a Full Bailout 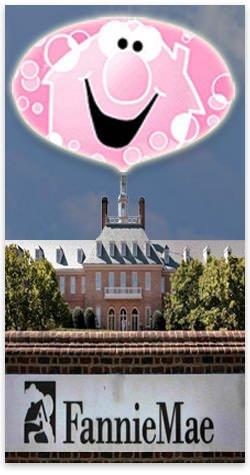 A recent study from the Congressional Budget Office (CBO) has zero credibility. It pegged likely taxpayer losses in the Fannie Mae and Freddie Mac bailouts at $25 billion. For those with a sense of history, it is worth remembering that the S&L bailout had a $160 billion price tag. The numbers diverge so far from reality as to be laugh-out-loud funny. Funny, that is, except that the CBO estimate demonstrates a willful disconnect with the actual consequences of federal government actions.

Between 2001 and 2007, Fannie and Freddie purchased or guaranteed $700 billion of Alt-A and subprime loans. Given the default rates on these loans — and the fact that the price of the housing that is the ultimate security of the loans will, for reasons demonstrated below, fall by at least thirty percent — this alone implies a loss for Fannie and Freddie on the order of $210 billion.

Fannie and Freddie acknowledge already-impaired loans on the balance sheet of $19 billion, which they have used creative accounting to avoid deleting from the shareholder equity account. This means that Fannie and Freddie have a maximum of $64 billion in capital remaining.

Given the inevitable losses on the Alt-A/subprime portion of their portfolio, it must be the case that if the federal government, as it is doing, guarantees Fannie and Freddie's solvency, the difference between the loss and the capital to be made up by the government (i.e., the taxpayers) must equal, not $25 billion but $147 billion.

That alone would mean that the CBO is blowing smoke with their estimated cost figures, and if you think back to the S&L cost of $160 billion, this is not a surprising result. The real picture is so much worse that it is pretty obvious the CBO is flat out inventing figures just to get the politicians through November.

The real story is simple. We have witnessed the largest asset-price bubble in US history, making the tech-stock bubble seem like an overdone weekly rally.

When you look at the graph of the Case-Shiller residential real-estate index, an index dating from 1890 to the present and an index which measures the cost of housing in comparison to other goods, the first thing you see is that the 2001 to 2006 bubble stands out like a fifty foot saguaro cactus in a patch of daisies. There simply has never been anything like it before.

When you know what you are looking at — the biggest bubble in history — it is scary.

To be precise, the Case-Shiller Index in its entire 110-year history had never crossed 140 until the recent bubble. In 2006, it reached 210. Every single real-estate bubble in the past has at best been followed by a fall back to at least the 110 level in the postwar era, although the bubble preceding the Great Depression witnessed a fall to 60.

What this means is that in the best-case scenario, real-estate prices have to fall in the medium to long run by almost half.

Now consider Fannie and Freddie. Just looking at their portfolios on the balance sheet without the guarantees, let us accept (for no particular reason other than a desire that the reader sleep better at night) that real-estate prices only fall by thirty percent.

Well, since Uncle Sam is now committed to "doing whatever it takes," that is a loss right there of $1 trillion. This committment to keep financial markets open as usual is made in spite of the overwhelming evidence that what we have been taught is usual is in fact delusional, given that Fannie and Freddie own $3 trillion and change of mortgages.

The CBO is not fence-post stupid, so obviously just as in the S&L fiasco in 1988, they are outright inventing figures so that the politicians can slither into November and then announce, Whoops! our numbers were a little low.

The more realistic scenario is actually worse. Fannie and Freddie own and guarantee a total of more than $5 trillion in mortgages.

Given the long-run historically plausible equilibrium values of residential real estate as embodied in the Case-Shiller Index, that means that the taxpayer loss definitely reaches $1.3 trillion, easily ranging up to $1.6 trillion.

Unfortunately, that is the good news. The bad news is that if real-estate prices were to replicate the Great Depression (as would surely occur in the case that hedging instruments of Fannie and Freddie were to catastrophically fail due to counterparty failure — and given the absurdly low risk premiums on credit-default swaps at the height of the bubble, such an event cannot be considered unlikely) the Case-Shiller Index tells us that the loss to the taxpayers could exceed $2.5 trillion dollars.

I don't know what those people in Washington are taking to sleep at night after all their electorally driven accounting and finance exercises, but I can tell you what they will be doing to keep the government open for business: printing a whole lot of money.

Chairman Bernanke has the discount window open to any collateralization not worth the paper it is written on, so in effect he has the helicopters ready to drop hundred-dollar bills over Wall Street — as he once famously described the ultimate policy instrument of a fiat-money system.

Of course, if he does that, we will have to change his nickname from Helicopter Ben to Hyperinflation Ben, which answers the question of who picks up the tab of bailing out Fannie and Freddie: anyone owning dollars.

Produce a lot of something, and it becomes worth less. And given the losses at Fannie and Freddie, the taxpayer guarantee, and the ongoing initiation of Boomer retirement, only the inflation tax will work to pay for keeping Fannie and Freddie afloat.

Like it or not, we are about to enter interesting times, and it is too bad our supposed professional civil servants at the Congressional Budget Office have failed to tell the emperor the truth: that he is buck-naked bankrupt and getting ready to take a lot of people with him.

Our only hope is to (1) accept up front a twenty-percent fall in American living standards for a people living beyond their means for the past twenty-five years on the delusions made possible by fiat money, and (2) simultaneously discipline the creature from Jekyll Island, a.k.a. the Federal Reserve System, not to create new money just to prop up asset-price bubbles.