The Rat Catchers of India 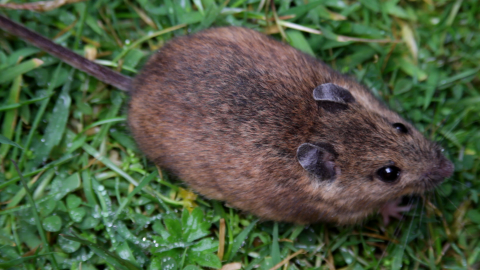 Every major power in the world today has a spy agency. The Americans have the CIA, the Brits their MI6, and the Russians have the FSB (formerly the KGB). In the Indian capital city of New Delhi they have a Rat Surveillance Department (RSD). Unlike the others whose jobs involve tracking down the nasty "rats" who trade state secrets or crash airplanes into tall buildings, the RSD has a mission of a less sinister kind. It deals with a menace closer to the ground.

According to a recent report in the Hindustan Times (September 2005):

New Delhi's government has a rat-catching department that has not caught a single rodent in more than a decade… The Rat Surveillance Department employs 97 rat catchers, who each earns about 3,500 rupees (US$83) a month. But there are no records of any rodents having been caught in the past 10 years.

…Rats are not hard to find in New Delhi — they can be seen scurrying across public parks and streets and even in homes.

Obviously, to the dutiful taxpayer in India, this is highly disturbing news. Why?

First, it shows that rats are smarter than their human pursuers — the rodents have evaded capture for more than 10 years.

Second, the government has demonstrated its total incompetence in this game of Spy vs. Spy by committing the strategic error of telling the world it has 97 "specialists" out there, each being paid a lousy 83 bucks a month and thus, exposing them to the risk of being bought over to "the other side"?

A third and less obvious reason is the one offered by Henry Hazlitt: the Indian government had thought "only of the first half of the transaction." And the Indian taxpayer was left wondering: What happened to the second half of this simple deal, i.e. getting rid of some nasty rats?

But it doesn't take a PhD in rat-catching to figure out that annihilation of the rodent population could also mean the demise of the Rat Surveillance Department. For what would be the point of the taxpayer keeping 97 "specialists" employed if there were no more subversive rats around?

One can also imagine that the employment of the first rat catchers would necessitate the establishment of a chain of related public goods producers, e.g. a Rodent Counter-Intelligence Agency, a Criminal Rat Investigation Bureau, a Rodent Detention Center, and maybe even a Rat Census Bureau (for how else would the government be able to obtain the necessary rodent demographics required to establish the need for exactly 97 rat catchers?).

Again, one would not need a doctorate in verminous espionage to deduce that systemic failure of this type of state-run structure is inevitable. In the case of the RSD and associates, one purposeful initiative from any one of the rat buster departments would necessitate action on the part of all the other public goods producers along this value chain. And since such an initiative, if carried out diligently, would eventually threaten the existence of all rat buster groups, it would clearly not be in the interest of any member within the value chain to make a first move, indeed any move at all.

So, for 10 years hence, we have the Indian rat catcher, possibly more competent than his government bosses, his self-serving praxeological thinking committing him to the noble cause of an idyllic existence.

There is another kind of street nuisance in India. Those who have traveled there cannot help but notice that cow droppings are often found on the streets and parks. Cows are considered sacred animals by the Hindus and allowed to roam the streets and let off droppings freely.

If you were a civic minded citizen of India, you might think it a good idea to call the rat busters and inquire if they could actually do the public a service by removing a similar street nuisance (since the government has yet to set up the Dung Elimination Department). But then you would be sadly disappointed by the response you would likely receive from the RSD officer: "That's not my department!"

But cow droppings are not really a public menace in India. These are industriously collected by villagers in the countryside to be dried, stored and burnt as fuel in cooking and heating. It is a freely available source of energy.

And fortunately for the villagers, the cow dung market got there ahead of the State, before it could set up the Rural Health Protection Department and decree all collecting, processing, buying and selling of cow droppings illegal (unless a state-imposed excise duty is paid in every transaction).

Indeed, if the State had gotten ahead of the villagers, it would soon have realized that cow droppings are more than just natural fertilizer. It would next have to declare such a strategic resource critical to national interests, which must therefore be protected and regulated by the Renewable Energies Agency. Furthermore, in the name of a potential Global Health Hazard, any foreign nation with plentiful cow droppings on its streets would be declared "evil" and have to be "liberated" as soon as possible.

Indeed, one public good propagates another and another…

Besides the concern for national security, processed dung could also pose a serious threat of a different kind to the State. Being highly portable (when shaped and dried) it is sometimes used in barter trades for beans, milk, tea and other basic necessities in the remote villages of India. Yes, there exists a parallel economy operating outside the purview of the State. Since everyone has a need for energy, but not every person likes tea or beans in his diet, processed cow droppings have come to function as money — a commonly accepted medium of exchange.

When Mises concluded that "In a socialist country, it is not the seller who has to be grateful, it is the buyer," he couldn't possibly have imagined the Indian taxpayer returning the favor of the idle rat catcher and paying his taxes with dung money — or the Central Bank of India, obsessed with controlling all money supplies in that country, accumulating this alternative Indian currency as a commodity reserve against the rupee!

That might put a stop to stinking inflation; and result in the government (unwittingly) doing everyone a great favor — stable money, at last.

But meanwhile, in the capital city of India, as long as the rat catchers are in government service, rats roam free.