GET NEWS AND ARTICLES IN YOUR INBOXPrint
A
A
Home | Mises Library | Rango: A Libertarian Spiritual Epic 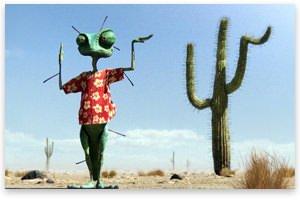 Rango, unsure of who he is, imitates a cactus.

I saw Rango to enjoy the combined hijinks of Johnny Depp and
other cartoon animals, and in this I was not disappointed; however, it
was not at all the most memorable aspect of the experience. Rango led me to entirely unexpected places. It is not simply a cartoon about a lizard but a journey into the soul, and it depicts the trials of individuation haunted by the
constant specter of death. Interleaved with this basic theme are strong libertarian
overtones of the relationship of the individual to society and establishing a connection between redemption and the search for wealth.

Rango is intensely metaphorical. It is full of allusions to other films and stories. From the start, the stream of allusions takes one into an associative state of mind, a state receptive to symbols. Rango takes place in an Old West–themed world with animal characters, but to me these all feel like a facade — the movie is a dream, and real action takes place in the mind of the unseen dreamer. The plot follows the progress of life through gestation, birth, infancy, childhood, and adulthood, depicting the gradual creation of the self along the way.

I cannot recommend this movie highly enough. Of all my visits to the movie theater, I can remember none quite like this. Before proceeding, I urge the reader to see the movie himself — this review contains spoilers.

The film begins with the eternal, dreamlike, precocious babble of a growing, unformed mind, arising from sleep into dream, or from oblivion into existence. This babble is revealed to be a chameleon's warm-up exercise before a dramatic performance. The chameleon is in a strange world — sterile, enclosed, artificial, solitary. His only company is some broken plastic toys, which he directs as if they were actors.

At first he seems happy and entirely unaware of the limitations of his existence, but in a flash of realization, he concludes that his character is ill-defined, thus projecting his own inadequacies onto the character he is playing. He suggests that his character must find conflict in order to grow, and thus unknowingly prognosticates his own future: for, a moment later, the car in which his terrarium is traveling hits a bump, propelling the unhappy chameleon away onto a busy road in the middle of the desert.

After this painful birth, the chameleon is immediately and unrelentingly accosted by images of death. This begins with a flattened armadillo, the source of the bump from earlier, who, before becoming roadkill, tells the chameleon of his many attempts to cross the road into the west. Yet a moment later the armadillo appears inexplicably unharmed. He cannot explain why he wants to cross, but says the chameleon will understand someday. "It's a metaphor," he says. From this we see that the armadillo is really a spirit trying to cross over into the next world. 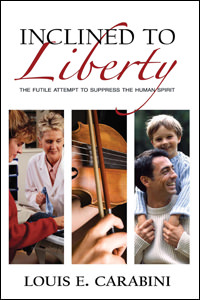 Death hounds our hero from this point on in various guises: an attack by a hawk, a lizard who suffers from petit mal seizures, a creepy spider undertaker, invocations of zombies and Valkyries. Death peeks in again and again, creeping its way into the movie until becoming fully embodied later — but I will say no more about that character and let you see for yourself!

Eventually the chameleon reaches a town called Dirt. Still unsure of who he is, he imitates everyone he sees around him, like a toddler getting his first feel for life. At first the townsfolk take very little notice of him, but when they ask him who he is, he hesitates to answer. He realizes he could be anybody, and invents an identity — Rango, the gunslinger from the west. Significantly, Rango claims to be from the west. Because this direction has already been identified with heaven, Rango is in essence claiming to be a heavenly visitor. The ruse works and all are impressed with him.

Rango's arrival in Dirt almost immediately precedes an economic panic. The bank is almost empty, having been unable to collect on its loans, and once rumors get out about it, the townsfolk flock to the bank to get all they can. A wonderful thing about the world of Rango is that they actually use water for money! The bank vault is really an office water cooler — this is real commodity money!

The banker is not depicted as being in league with government — statism has apparently not reached this stage yet — but the mayor is poised to take advantage of the crisis. He senses that Rango is a poseur and wishes to make use of his effective showmanship. He therefore appoints Rango as the sheriff and tells him to give the people something to look up to. "People need hope," the mayor says. He adds a new piece to Rango's identity — that of a redeemer. In his employ, Rango is to keep people placated, keep them loyal to the mayor, to play along and not ask questions.

As the plot progresses, Rango comes to realize that Dirt is not running out of water, but that the mayor has been surreptitiously controlling its supply. The mayor has produced an artificial drought, his ultimate plan being to obtain all the land when its tenants are driven off and then let the water flow again once he has it all. He wishes to control all the water, which we know is the same as money, and Rango is the deception he uses to maintain legitimacy.

Rango presents an extraordinarily dim view of the state and draws a consistent connection between its destruction of the economy and its corruption of the human spirit. The mayor does not simply impoverish the people of Dirt — he degrades their souls. When the townsfolk line up to collect the trickle of water that still flows into Dirt, they become entranced and dance before him as if it were a religious ceremony. The mayor does not simply wish to grab all the land, but to destroy the town's entire culture. The independent, self-reliant ways of the townsfolk he considers a thing of the past, so before turning them out of Dirt altogether, he does his best to make them docile, tame, and dependent upon him.

To bring the connection one step further, what does Rango discover in his darkest moment, all alone, run out of town, after crossing the road in a trance? The city of Las Vegas. Who but a libertarian would make a connection between heaven and crass, hedonistic, spectacular Las Vegas? Across the road and beyond some hills, Rango faces irrigated golf courses, shining skyscrapers, dazzling lights — and the secret valve the mayor used to cut off Dirt's water supply.

In cutting off Dirt from the supply of water, he cuts it off from its connection to Las Vegas. The water, which is only some meager runoff from Las Vegas, is the source of life and the foundation of economic activity in Dirt.

Rango draws a connection between individuation, the process of finding oneself, and the search for spiritual enlightenment with the search for earthly wealth. Rango is a self-made man in every sense. In the end, it is not Rango's capacity as sheriff that restores the town, but rather his ingenuity in finding wealth, in the form of the precious water that Dirt lacks. Early in the movie he is a false redeemer, a puppet of the mayor to help lure the townsfolk into his trap, but the chameleon's dedication to his character, to his own self-made identity, enables him to become a true redeemer. He does not stop searching for the truth — the real Rango would never give up. He refuses to stay loyal to the corrupt mayor but strikes out on his own, finally restoring the town through entrepreneurial action. 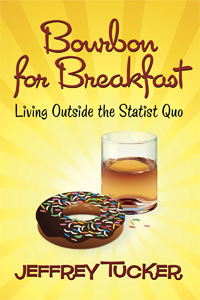 The chameleon from the start of the movie becomes Rango the hero and leaves his old nonidentity behind, and, once this process is complete, the false redeemer becomes a true one.

Once the water, a runoff from heaven, is restored, the people's misery and stuggles are redeemed. The town can prosper once more.

The ending of Rango is poignant. Although the town has been restored, death is not defeated but placated. There are still reminders of death at the very end of the movie. This serves to remind the viewer that although Rango survived long enough to discover his identity, many don't make it, and that the quest of self-creation is urgent and perilous.

Daniel Krawisz is a physics student at the University of Texas at Austin. He blogs at libertarian longhorns.com.