The Problems of Central Bank Planning 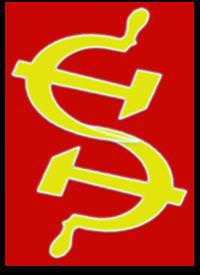 With day after day of bleak news regarding the credit crunch — and in particular, articles that constantly remind us that the Fed's recent actions haven't been tried since the Great Depression — the average American is understandably perplexed. And although what I'm about to admit may not surprise many readers, it nonetheless may worry them further: Most economists don't have a clue what's going on, either.

It has become fashionable to compare our current economic crisis to the stagflation of the 1970s; I've done so myself. Yet beyond the weakening dollar and stalling output that characterized that period and today, there is another similarity: during both the 1970s and today, the orthodox monetary prescriptions were (and are) not working as the textbooks said they should. The Federal Reserve's toolkit of interventions were (and are) not able to deliver.

Although my article so far sounds like a wiser-than-thou criticism of everybody else, I should admit that I too was caught off guard by the present situation. Just as the orthodox Keynesians were baffled in the 1970s by stagflation, so was I (as were many other free-market economists) surprised by the way things have played out during the present crisis. Back in the 1970s, the Keynesians were surprised to find that no matter how much extra money they pumped into the system, unemployment remained stubbornly high. This upset their conventional worldview, which held that the Fed could choose an easy-money policy (yielding high inflation but low unemployment), or a tight-money policy (yielding low inflation but high unemployment). When confronted with stagflation, the Keynesian analysis and prescriptions became obsolete; the economy was suffering the worst of both worlds, with high inflation and high unemployment.

There is something analogous happening in our present credit crunch. In short, the textbook understanding of how the Fed manipulates short-term interest rates hasn't been true since August 2007. In principles of macroeconomics (or what seemed to be Naptime 101 when I taught this class), we economists lecture gullible students with the following story: When the Fed wants to lower the federal funds rate (i.e., the interest rate that banks charge each other for overnight loans of reserves on deposit with the Fed), it engages in an "open market operation." The Fed buys assets such as Treasury securities from the banks, and in return increases their reserve deposits held at the Fed. Because some banks now have more reserves than they did before, they are willing to lend them out at a lower interest rate. Now if the Fed wants to raise the federal funds rate, it sells Treasury securities to the banks in order to destroy some of their reserves. (See here for a more elaborate explanation.)

Generally speaking, the above textbook description of Fed operations matches the actual facts, "which is nice" (as Bill Murray might say). As Figure 1 shows, when the Fed wants to raise interest rates, it sucks reserves out of the system, and when it cuts rates, it pumps reserves in:

Figure 1 beautifully illustrates the Austrian Business Cycle Theory explanation of the housing bubble and consequent bust. In response to the dot-com crash and ensuing recession in 2000–01, Greenspan's Fed slashed interest rates down to a shocking 1% by June 2003, and then held them there for a full year before ratcheting rates back up. The libertarian's gut instinct is to say that this pumped phony money into the housing bubble, and the quick uptick in total reserves seems to accord with this explanation. (Note that the massive spike in late 2001 was because of the September 11 attacks; the Fed was afraid a panic would cause the financial system to seize up and wanted to nip such fears in the bud.)

Now with the daily announcements of the Fed pumping in tens of billions into the financial sector — not to mention cutting the target rate 300 basis points since September — one would surely think that the Fed was trying to inflate its way out of the crisis. As is its wont, the Fed presumably is printing new money like crazy, in an effort to paper over its past mistakes. The massive injections might get the economy through 2008 or 2009 without a major recession, but this (according to standard Austrian Business Cycle Theory) is why it's a mistake! The huge misallocations of capital during the last round of monetary pumping need to be corrected, and a recession is the only way to move workers and other resources into more appropriate channels, where they can best contribute to consumer satisfaction.

There's just one problem with this explanation: total bank reserves have been falling since the summer. Let me repeat that: during this time of financial crisis, when banks are very jealous of their assets and are doing whatever they can to bolster liquidity, the Fed has slashed its target rate from 5.25% down to 2.25% while removing bank reserves from the system. See for yourself:

Figure 2 is very surprising. (It was to me, at least, when I first saw the numbers behind it.) It's true, the conventional relationship held up from October 2007 to January 2008, when total reserves increased as the Fed lowered its target. But this was only after total reserves had fallen sharply from August through October. No matter how you slice it, total reserves are lower today than they were for most of last summer, even though there is a liquidity crunch and the target has been reduced 300 basis points. (Note that in theory, this figure of total reserves includes all of the recent hanky panky allowing institutions to borrow in unconventional ways.)

Whatever else it signifies, Figure 2 underscores the problems with central bank planning. In today's environment, it's not even clear what constitutes a monetary "loosening." Apparently the demand for bank reserves has fallen sharply since the summer. Had the Fed wished to maintain the federal funds rate at 5.25%, it would have had to suck large amounts of reserves out of the system. Now would that have been a tightening, or just standing pat? On the other hand, many people (myself included) had viewed the large rate cuts as a reckless "easy money" policy, the same bad medicine that got us into trouble back in the early 2000s. Yet even a libertarian economist could very plausibly argue that the Fed was simply following other short-term market interest rates down, and it would have been an intervention to prop rates up in this environment.

In truth, there's no obvious right or wrong answer to this question. It would be akin to asking, "How many cars should the Soviet planners have produced in 1983?" One is tempted to say, "Ideally, the number of cars that would have been produced if there had been a capitalist economy," but not only is that impossible to know; it's not correct. The very existence of a centrally planned apparatus changes the real economic data, and so changes what the "correct" number of cars should have been, even if we could agree on the criteria for correctness.

In the same way, it's a bit pointless for libertarian economists to argue about the second-best Fed policy (short of Bernanke abolishing the Fed and resigning). In retrospect we can clearly see that Greenspan's policies during the early 2000s were disastrous, yet it is not so obvious in our present environment what the Fed ought to do with interest rates.

We can all agree that bailouts to particular investment banks are a bad idea, not only for general reasons of private property, but also because of the moral hazard issue. But given that the Fed exists and has to make a decision with its control of reserves, what should it have been doing since last summer? With some analysts predicting negative nominal yields on Treasury securities (because it might actually be safer to keep your wealth in short-term government debt, rather than holding it as cash in the bank), the normal rules of thumb may be inappropriate.

As the Fed itself has discovered, the conventional tools aren't working the way the textbooks say they should. I personally still think we will ultimately see a massive injection of new fiat money, especially if and when the mortgage-backed securities serving as collateral for Fed loans fail to deliver. In that case, the Fed will either have to eat large losses and pass them along to the taxpayers, or it will print up the difference.

Regardless of how this crisis ultimately unfolds, the one thing we can conclude with certainty is that none of this would have happened had the politicians left money and banking to the private sector.