The Problem of Economic Calculation 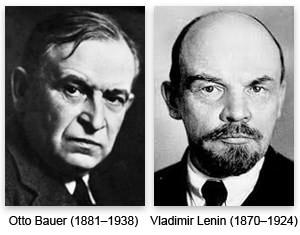 Tags Calculation and KnowledgeHistory of the Austrian School of Economics

Since recent events helped socialist parties to obtain power in Russia, Hungary, Germany and Austria, and have thus made the execution of a socialist nationalization program a topical issue, Marxist writers have themselves begun to deal more closely with the problems of the regulation of the socialist commonwealth. But even now they still cautiously avoid the crucial question, leaving it to be tackled by the despised "Utopians." They themselves prefer to confine their attention to what is to be done in the immediate future; they are forever drawing up programs of the path to Socialism and not of Socialism itself. The only possible conclusion from all these writings is that they are not even conscious of the larger problem of economic calculation in a socialist society.

To Otto Bauer the nationalization of the banks appears the final and decisive step in the carrying through of the socialist nationalization program. If all banks are nationalized and amalgamated into a single central bank, then its administrative board becomes

the supreme economic authority, the chief administrative organ of the whole economy. Only by nationalization of the banks does society obtain the power to regulate its labor according to a plan, and to distribute its resources rationally among the various branches of production, so as to adapt them to the nation's needs.1

Bauer is not discussing the monetary arrangements which will prevail in the socialist commonwealth after the completion of the nationalization of the banks. Like other Marxists he is trying to show how simply and obviously the future socialist order of society will evolve from the conditions prevailing in a developed capitalist economy. "It suffices to transfer to the nation's representatives the power now exercised by bank shareholders through the Administrative Boards they elect,"2 in order to socialize the banks and thus to lay the last brick on the edifice of socialism. Bauer leaves his readers completely ignorant of the fact that the nature of the banks is entirely changed in the process of nationalization and amalgamation into one central bank. Once the banks merge into a single bank, their essence is wholly transformed; they are then in a position to issue credit without any limitation. In this fashion the monetary system as we know it today disappears of itself.

When in addition the single central bank is nationalized in a society, which is otherwise already completely socialized, market dealings disappear and all exchange transactions are abolished. At the same time the Bank ceases to be a bank, its specific functions are extinguished, for there is no longer any place for it in such a society. It may be that the name "Bank" is retained, that the Supreme Economic Council of the socialist community is called the Board of Directors of the Bank, and that they hold their meetings in a building formerly occupied by a bank. But it is no longer a bank; it fulfills none of those functions which a bank fulfills in an economic system resting on the private ownership of the means of production and the use of a general medium of exchange-money. It no longer distributes any credit, for a socialist society makes credit of necessity impossible. Bauer himself does not tell us what a bank is, but he begins his chapter on the nationalization of the banks with the sentence: "All disposable capital flows into a common pool in the banks."3 As a Marxist must he not raise the question of what the banks' activities will be after the abolition of capitalism?

All other writers who have grappled with the problems of the organization of the socialist commonwealth are guilty of similar confusions. They do not realize that the bases of economic calculation are removed by the exclusion of exchange and the pricing mechanism, and that something must be substituted in its place, if all economy is not to be abolished and a hopeless chaos is not to result. People believe that socialist institutions might evolve without further ado from those of a capitalist economy. This is not at all the case. And it becomes all the more grotesque when we talk of banks, banks management, etc. in a socialist commonwealth.

Reference to the conditions that have developed in Russia and Hungary under Soviet rule proves nothing. What we have there is nothing but a picture of the destruction of an existing order of social production, for which a closed peasant household economy has been substituted. All branches of production depending on social division of labor are in a state of entire dissolution. What is happening under the rule of Lenin and Trotsky is merely destruction and annihilation. Whether, as the liberals hold, socialism must inevitably draw these consequences in its train, or whether, as the socialists retort, this is only a result of the fact that the Soviet Republic is attacked from without, is a question of no interest to us in this context. All that has to be established is the fact that the Soviet socialist commonwealth has not even begun to discuss the problem of economic calculation, nor has it any cause to do so. For where things are still produced for the market in Soviet Russia in spite of governmental prohibitions, they are valued in terms of money, for there exists to that extent private ownership of the means of production, and goods are sold against money. Even the government cannot deny the necessity, which it confirms by increasing the amount of money in circulation, of retaining a monetary system for at least the transition period.

That the essence of the problem to be faced has not yet come to light in Soviet Russia, Lenin's statements in his essay on Die nächsten Aufgaben der Sowjetmacht best show. In the dictator's deliberations there ever recurs the thought that the immediate and most pressing task of Russian communism is "the organization of bookkeeping and control of those concerns, in which the capitalists have already been expropriated, and of all other economic concerns.4 Even so Lenin is far from realizing that an entirely new problem is here involved which it is impossible to solve with the conceptual instruments of "bourgeois" culture. Like a real politician, he does not bother with issues beyond his nose. He still finds himself surrounded by monetary transactions, and does not notice that with progressive socialization money also necessarily loses its function as the medium of exchange in general use, to the extent that private property and with it exchange disappear.

The implication of Lenin's reflections is that he would like to reintroduce into Soviet business "bourgeois" bookkeeping carried on on a monetary basis. Therefore he also desires to restore "bourgeois experts" to a state of grace.5 For the rest Lenin is as little aware as Bauer of the fact that in a socialist commonwealth the functions of the bank are unthinkable in their existing sense. He wishes to go farther with the "nationalization of the banks" and to proceed "to a transformation of the banks into the nodal point of social bookkeeping under socialism."6

Lenin's ideas on the socialist economic system, to which he is striving to lead his people, are generally obscure.

"The socialist state," he says,

can only arise as a net of producing and consuming communes, which conscientiously record their production and consumption, go about their labour economically, uninterruptedly raise their labour productivity and thus attain the possibility of lowering the working day to seven or six hours or even lower.7

"The chief communes must and will serve the most backward ones as educators, teachers, and stimulating leaders." The successes of the chief communes must be broadcast in all their details in order to provide a good example. The communes "showing good business results" should be immediately rewarded "by a curtailment of the working day and with an increase in wages, and by allowing more attention to be paid to cultural and aesthetic goods and values."9

We can infer that Lenin's ideal is a state of society in which the means of production are not the property of a few districts, municipalities, or even of the workers in the concern, but of the whole community. His ideal is socialist and not syndicalist. This need not be specially stressed for a Marxist such as Lenin. It is not extraordinary of Lenin the theorist, but of Lenin the statesman, who is the leader of the syndicalist and small-holding peasant Russian revolution. However, at the moment we are engaged with the writer Lenin and may consider his ideals separately, without letting ourselves be disturbed by the picture of sober reality.

According to Lenin the theorist, every large agricultural and industrial concern is a member of the great commonwealth of labor. Those who are active in this commonwealth have the right of self-government; they exercise a profound influence on the direction of production and again on the distribution of the goods they are assigned for consumption. Still, labor is the property of the whole society, and as its product belongs to society also, it therefore disposes of its distribution. How, we must now ask, is calculation in the economy carried on in a socialist commonwealth which is so organized? Lenin gives us a most inadequate answer by referring us back to statistics. We must bring statistics to the masses, make it popular, so that the active population will gradually learn by themselves to understand and realize how much and what kind of work must be done, how much and what kind of recreation should be taken, so that the comparison of the economy's industrial results in the case of individual communes becomes the object of general interest and education.10

From these scanty allusions it is impossible to infer what Lenin understands by statistics and whether he is thinking of monetary or in natura computation. In any case, we must refer back to what we have said about the impossibility of learning the money prices of production-goods in a socialist commonwealth and about the difficulties standing in the way of in natura valuation. Statistics would only be applicable to economic calculation if it could go beyond the in natura calculation, whose ill-suitedness for this purpose we have demonstrated. It is naturally impossible where no exchange relations are formed between goods in the process of trade.