Private Property Is the Essence of Liberty 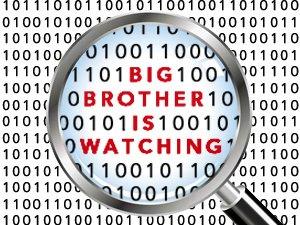 Ron Paul, Distinguished Counselor to the Mises Institute, and a founding member, celebrated his 78th birthday this week. In this selection from a speech in the House of Representatives in 1999, Ron Paul outlines why private property and privacy are essential to the preservation of civil liberties. It is perhaps noteworthy that this speech was delivered before the creation of the Department of Homeland Security and before the Patriot Act, FATCA, “Know Your Customer,” warrantless wiretapping, and similar regulatory and legislative developments since 2001.

This selection is taken from chapter 10 of A Foreign Policy of Freedom by Ron Paul, available in both print and ebook editions at the Mises Store.

Privacy is the essence of liberty. Without it, individual rights cannot exist. Privacy and property are interlocked. If both were protected, little would need to be said about other civil liberties. If one’s home, church or business is one’s castle, and the privacy of one’s person, papers and effects are rigidly protected, all rights desired in a free society will be guaranteed. Diligently protecting the right to privacy and property guarantees religious, journalistic and political experience, as well as a free market economy and sound money. Once a careless attitude emerges with respect to privacy, all other rights are jeopardized.

Today we find a systematic and pervasive attack on the privacy of American citizens, which undermines the principle of private property ownership. Understanding why the attack on privacy is rapidly expanding and recognizing a need to reverse this trend are necessary if our Republic is to survive.

Lack of respect for the privacy and property of the American colonists by the British throne was a powerful motivation for the American Revolution and resulted in the strongly-worded and crystal-clear Fourth Amendment. Emphatically, searches and seizures are prohibited except when warrants are issued upon probable cause supported by oath or affirmation, with details given as to place, person and things to be seized. This is a far cry from the routine seizure by the federal government and forfeiture of property which occurs today. Our papers are no longer considered personal and their confidentiality has been eliminated. Private property is searched by federal agents without announcement. Huge fines are levied when federal regulations appear to have been violated, and proof of innocence is demanded if one chooses to fight the abuse in court and avoid the heavy fines.

Eighty thousand armed federal bureaucrats and law enforcement officers now patrol our land and business establishments. Suspicious religious groups are monitored and sometimes destroyed without due process of law, with little or no evidence of wrong doing. Local and state jurisdiction is rarely recognized once the feds move in. Today, it is routine for government to illegally seize property, requiring the victims to prove their innocence in order to retrieve their property. Many times they fail due to the expense and legal roadblocks placed in the victim’s way.

Although the voters in the 1990s have cried out for a change in direction and demanded a smaller, less-intrusive government, the attack on privacy by the Congress, the administration, and the courts has, nevertheless, accelerated. Plans have now been laid or implemented for a national I.D. card, a national medical data bank, a data bank on individual MDs, deadbeat dads, intrusive programs monitoring our every financial transaction.

The Social Security number has been established as the universal identifier. The Social Security number is now commonly used for just about everything: getting a birth certificate, buying a car, seeing an MD, getting a job, opening up a bank account, getting a driver’s license, making many routine purchases, and, of course, a death certificate. Cradle-to-the-grave government surveillance is here and daily getting more pervasive. The attack on privacy is not a coincidence or an event that arises for no explainable reason. It results from a philosophy that justifies it and requires it. A government not dedicated to preserving liberty must, by its very nature, allow this precious right to erode. A political system designed as ours was to protect life, liberty, and property would vigorously protect all citizens’ rights to privacy; this cannot occur unless the property and the fruits of one’s labor, of every citizen, is protected from confiscation by thugs in the street as well as those in our legislative bodies.

The promoters of government intrusion into our privacy characteristically use worn out clichés to defend what they do. The most common argument is that if you have nothing to hide, why worry about it? This is ludicrous. We have nothing to hide in our homes or our bedrooms, but that is no reason why Big Brother should be permitted to monitor us with a surveillance camera.

The same can be argued about our churches, our businesses, or any peaceful action we may pursue. Our personal activities are no one else’s business. We may have nothing to hide, but, if we are not careful, we have plenty to lose — our right to be left alone. Others argue that to operate government programs efficiently and without fraud, close monitoring is best achieved with a universal identifier, the Social Security number. Efficiency and protection from fraud may well be enhanced with the use of a universal identifier, but this contradicts the whole notion of the proper role for government in a free society. Most of the federal programs are unconstitutional to begin with, so eliminating waste and fraud and promoting efficiency for a program that requires a violation of someone else’s rights should not be a high priority of the Congress. But the temptation is too great, even for those who question the wisdom of the government programs, and compromise of the Fourth Amendment becomes acceptable.

I have never heard of a proposal to promote the national I.D. card, or anything short of this for any reasons other than a good purpose. Essentially all those who vote to allow the continual erosion of our privacy and other Constitutional rights never do it because they consciously support a tyrannical government; it is always done with good intention.