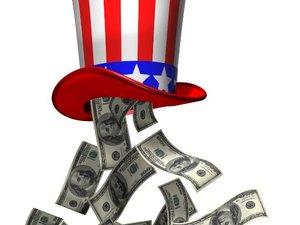 The United States Export-Import Bank is scheduled to expire at the end of June 2015, and the elected representatives of both parties are tripping over themselves to reauthorize it, citing the importance of exports and strong private enterprise to the American economy.

“I’m a very strong supporter of the Ex-Im Bank, because it is a tool for us to be competitive in order to support our businesses exporting,” said Hillary Clinton. “[F]ailure to reauthorize Ex-Im would amount to unilateral disarmament and cost tens of thousands of American jobs,” commented Harry Reid. It would seem that Democrats are eager to claim the mantle traditionally applied to Republicans of “The Party of Business.” But there is a difference between being pro-business and being pro-markets.

In his book, Reassessing the Presidency: The Rise of the Executive State and the Decline of Freedom, libertarian attorney and historian John V. Denson observes, “Many businessmen and bankers believe in private enterprise but do not believe in free enterprise” (emphasis in the original).

It’s an important distinction to make. Free enterprise is the laissez-faire, free-market ideal, with the peaceful interactions between individuals being wholly unregulated by government. Under free enterprise, anyone can trade with anyone else on mutually agreeable terms. Since all interactions are voluntary, all traders necessarily benefit, and both wealth and welfare are free to increase without the imposition of artificial limits.

Private enterprise, in contrast, means merely that business and the means of production are held in private hands, although the government may make any number of demands on how these individuals go about their business. The fascist governments of Europe in the past century maintained a system of private enterprise, while simultaneously exercising near complete control over business operations. Similarly, the Roosevelt economy during World War II was marked by extensive private enterprise serving at the pleasure of government.

This is not to say that private enterprise is bad — it isn’t — but merely that it is insufficient for economic liberty, and prone to be corrupted by the political process. At first glance, one would think that business owners would favor free enterprise. After all, who wants to be pushed around by the government? But in fact, we see just the opposite. James Buchanan, founder of the Public Choice school of economics, was famous for exposing the incentives for private companies to attempt to manipulate government into playing favorites in the marketplace. A free enterprise system benefits everyone who is willing to be productive. Government controls on business, on the other hand, benefit the few at the expense of the many, which means the few who benefit have every incentive to lobby for, and support such a system. Thus, we see everywhere lip service being paid to free enterprise, but an actual promotion of private, unfree enterprise.

The U.S. Ex-Im Bank is a perfect example of this. Founded as part of FDR’s New Deal eighty years ago, the Bank has been providing taxpayer-backed loans to private companies. We are told by supposedly pro-business politicians that the program is needed to stimulate exports, even though competition unhindered by corporate cronyism has always proved a superior economic stimulant. Especially egregious is the fact that most of the money the Bank hands out goes to huge corporations that certainly do not need the government’s help to export their goods.

While defenders of the Bank like to claim most of the Bank’s activity is devoted to helping small business, in fact, 97 percent of the Bank’s loan guarantees go to just ten corporations, with the top two being Boeing and General Electric — hardly mom and pop enterprises that need handouts to keep running. While these companies are not owned by the government, the fact that they are private entities does not justify this kind of interventionism, which stifles competition and creates perverse incentives.

If it is reauthorized, the Ex-Im Bank is estimated to cost taxpayers $2 billion over the next decade. It wastes millions on self-promotion and PR, and, due to specific mandates handed down from the Obama administration, it disproportionately rewards political interests, such as the green energy boondoggle known as Solyndra and foreign companies mired in corruption like Abengoa. It would be hard to imagine a less free market approach toward supporting business. Meanwhile, government guarantees of loans to companies that could not secure them on the open market ensures that the money will be poorly invested, serving special interests rather than sound economics.

This sort of protectionism is perhaps the most seductive and insidious example of the lure of private enterprise at the expense of free enterprise. Despite being thoroughly debunked as effective or wise by virtually all credible economists, protectionist policies have been among the most entrenched and difficult to dismantle. The Ex-Im Bank remains a drop in the bucket compared to other protectionist policies, such as the mammoth farm subsidies Congress cheerfully votes for every few years. But even this relatively small program has proven remarkably hard to kill. Part of the reason for this is that Republicans and Democrats alike can vote for protectionist measures while simultaneously claiming to be “pro-business.” The distinction between supporting business freedom and supporting business directly through government action is rarely made.