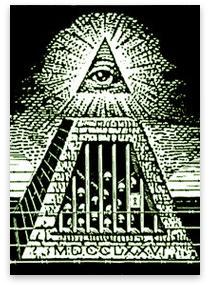 Americans, perhaps like all people, have a remarkable capacity for tuning out unpleasantries that do not directly affect them. I'm thinking here of wars on foreign lands, but also the astonishing fact that the United States has become the world's most jail-loving country, with well over 1 in 100 adults living as slaves in a prison. Building and managing prisons, and locking people up, has become a major facet of government power in our time, and it is long past time for those who love liberty to start to care.

Before we get to the reasons why, look at the facts as reported by the New York Times. The United States leads the world in prisoner production. There are 2.3 million people behind bars. China, with four times as many people, has 1.6 million in prison.

In terms of population, the United States has 751 people in prison for every 100,000, while the closest competitor in this regard is Russia with 627. I'm struck by this figure: 531 in Cuba. The median global rate is 125.

What's amazing is that most of this imprisoning trend is recent, dating really from the 1980s, and most of the change is due to drug laws. From 1925 to 1975, the rate of imprisonment was stable at 110, lower than the international average, which is what you might expect in a country that purports to value freedom. But then it suddenly shot up in the 1980s. There were 30,000 people in jail for drugs in 1980, while today there are half a million.

Other factors include the criminalization of nearly everything these days, even passing bad checks or the pettiest of thefts. And judges are under all sorts of minimum-sentencing requirements. Now, before we move to causes and answers, please consider what jail means. The people inside are slaves of the state. They are captured and held and regarded by their captors as nothing other than biological beings that take up space. The delivery of all services to them is contingent on the whims of their masters, who have no stake in the outcome at all.

Now, you might say that this is necessary for some people, but be aware that it is the ultimate assault on human dignity. They are "paying the price" for their actions, but no one is in a position to benefit from the price paid. They aren't working off debts or compensating victims or struggling to overcome anything. They are just "doing time," costing taxpayers almost $25,000 a year per person. That's all these people are to society: a cost, and they are treated as such.

And the communities in which they exist in these prisons consist of other unvalued people, and they become socialized into this mentality that is utterly contrary to every notion of civilization. Then there is the relentless threat and reality of violence, the unspeakable noise, the pervasiveness of every moral perversity. In short, prisons are Hell. It can be no wonder that they rehabilitate no one. As George Barnard Shaw said, "imprisonment is as irrevocable as death."

What's more, everything we know about government applies to this ultimate government program. It is expensive (states alone spend $44 billion on prisons every year), inefficient, brutal, and irrational. The modern prison system is also a relatively new phenomenon in history, one that is used to enforce political priorities (the drug war) rather than punish real crimes. It is also manipulated by political passions rather than a genuine concern for justice. The results of the drug war are not to reduce consumption but rather the opposite. Illegal drugs are now a $100 billion industry in the United States, while the drug war itself cost taxpayers $19 billion, even as the costs of running the justice system are skyrocketing (up 418% percent in 25 years).

People say that crime is down, so this must be working. Well, that depends on what you mean by crime. Drug use and distribution are associated with violence solely because they are illegal. They are crimes because the state says they are crimes, but they do not fit within the usual definition we find in the history of political philosophy, which centers on the violation of person or property.

What's more, the "crime" of drug use and distribution hasn't really been kept down; it has only gone further underground. In a major irony and commentary on the workability of prisons, drug markets are very active there.

Now to causes. Some social scientists give the predictable explanation that all this is due to the lack of a "social safety net" in the United States. In the first place, the United States has had such a net for a hundred years, and yet these people seem not to have noticed, even though no such net is big enough for some people. Moreover, it is more likely the very presence of such a net — which creates a moral hazard so that people do not learn to be responsible for their own well being — that contributes to criminal behavior (all else being equal).

There are those on all sides who attribute the increase to racial factors, given that the imprisoned population is disproportionately black and Hispanic, and noting the disparity in crime rates in such places as Minnesota with low levels of minority populations. But this factor too could be illusory, especially with regard to drug use, since it is far more likely that a state system will catch and punish people with less influence and social standing than those whom the state regards as significant.

A more telling point comes to us from political analysts, who observe the politicization of judicial appointments in the United States. Judges run on their "tough on crime" records, or are appointed for them, and so have every incentive to lock people up more than justice truly demands.

One factor that hasn't been mentioned so far in the discussion is the lobbying power of the prison industry itself. The old rule is that if you subsidize something, you get more of it. And so it is with prisons and the prison-industrial complex. I've yet to find any viable figures on how large this industry is, but consider that it includes construction firms, managers of private prisons, wardens, food service providers, counselors, security services, and 100 other kinds of companies to build and manage these miniature societies. What kind of political influence do they have? Speculation here, but it must be substantial.

As for public concern, remember that every law on the books, every regulation, every line in the government codebook, is ultimately enforced by prison. The jail cell is the symbol and ultimate end of statism itself. It would be nice if we thought of the interests of those who are prisoners in society and those who will become so. But even if you are not likely to be among them, consider the loss of privacy, the loss of liberty, the loss of independence, the loss of all that used to be considered truly American, in the course of building prison nation.

But won't crime go up if we abandon our prison system?

The world has been filled with prisons and dungeons, with chains and whips, with crosses and gibbets, with thumb-screws and racks, with hangmen and headsmen — and yet these frightful means and instrumentalities and crimes have accomplished little for the preservation of property or life. It is safe to say that governments have committed far more crimes than they have prevented. As long as society bows and cringes before the great thieves, there will be little ones enough to fill the jails.