A Primer on Natural Resources and the Environment 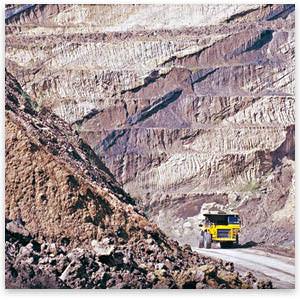 There is a fundamental fact about the world that has profound implications for the supply of natural resources and for the relationship between production and economic activity on the one side and man's environment on the other. This is the fact that the entire earth consists of solidly packed chemical elements. There is not a single cubic centimeter either on or within the earth that is not some chemical element or other, or some combination of chemical elements. Any scoop of earth, taken from anywhere, reveals itself upon analysis to be nothing but a mix of elements ranging from aluminum to zirconium. Measured from the upper reaches of its atmosphere 4,000 miles straight down to its center, the magnitude of the chemical elements constituting the earth is 260 billion cubic miles.

This enormous quantity of chemical elements is the supply of natural resources provided by nature. It is joined by all of the energy forces within and surrounding the earth, from the sun and the heat supplied by billions of cubic miles of molten iron at the earth's core to the movement of the tectonic plates that form its crust, and the hurricanes and tornadoes that dot its surface.

The supply of economically usable natural resources is always only a small fraction of the overall supply of natural resources provided by nature. With the exception of natural gas, even now, after more than two centuries of rapid economic progress, the total of the supply of minerals mined by man each year amounts to substantially less than 25 cubic miles. This is a rate that could be sustained for the next 100 million years before it amounted to something approaching 1 percent of the supply represented by the earth. (These estimates follow from such facts as that the total annual global production of oil, iron, coal, and aluminum can be respectively fitted into spaces of 1.15, 0.14, 0.5, and 0.04 cubic miles, based on the number of units produced and the quantity that fits into one cubic meter. Natural gas production amounts to more than 600 cubic miles, but reduces to 1.1 cubic miles when liquefied.) Along the same lines, the entire supply of energy produced by the human race in a year is still far less than that generated by a single hurricane.

In view of such facts, it should not be surprising that the supply of economically usable natural resources is not something that is fixed and given and that man's economic activities deplete. To the contrary, it is not only a very small fraction of the supply of natural resources provided by nature but a fraction that is capable of substantial enlargement for a considerable time to come. Mining operations could be carried on at 100 times their present scale for a million years and still claim less than 1 percent of the earth.

"The notion that production and economic activity are harmful to the environment rests on the abandonment of man and his life as the source of value in the world."

The supply of economically usable natural resources expands as man increases his knowledge of nature and his physical power over it. It expands as he advances in science and technology and improves and enlarges his supply of capital equipment.

The fact that the earth is made of chemical elements that man neither creates nor destroys implies that, from the point of view of physical science, production and economic activity can be understood as constituting merely changes in the locations and combinations of the chemical elements. Thus, for example, the production of automobiles represents a movement of some of the world's iron from such locations as the Mesabi Range in Minnesota to the rest of the country and, in the process, the separation of the iron from elements such as oxygen and sulfur and its recombination with other elements such as chrome and nickel.

The changes in the locations and combinations of the chemical elements that constitute production and economic activity are not at all random but rather are aimed precisely at improving the relationship of the chemical elements to human life and well-being. Iron in automobiles and appliances and in the steel girders that support buildings and bridges stands in a far more useful and valuable relationship to human life and well-being than does iron in the ground. The same is true of oil and coal when brought into a position in which they can be used to heat and light homes and provide power for man's tools and machines. The same is true of the relationship between all chemical elements that have come to constitute the material stuff of products compared with those elements lying in the ground.

Insofar as the essential nature of production and economic activity is to improve the relationship between the chemical elements constituting the earth and man's life and well-being, it is also necessarily to improve man's environment, which is nothing other than those very same chemical elements and their associated energy forces. The notion that production and economic activity are harmful to the environment rests on the abandonment of man and his life as the source of value in the world, and its replacement by a nonhuman standard of value — i.e., the belief that nature is intrinsically valuable.

With man and his life as the standard of value, the environment is improved when it is filled with houses, farms, factories, and roads, all of which serve directly or indirectly to make his life easier. When nature in and of itself is seen as valuable, then the environment is harmed whenever man creates any of these things or does anything whatever that changes the existing state of nature, for he is then destroying alleged intrinsic values.

A final inference that may be drawn is that a leading problem of our time is not environmental pollution but philosophical corruption. It is this that underlies the belief that improvement precisely in the external material conditions of human life is somehow environmentally harmful.