The Pretense of Medical Knowledge 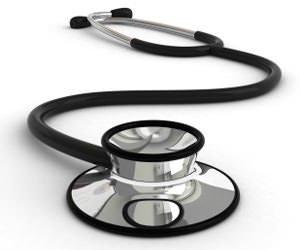 Like his mentor Ludwig von Mises, Friedrich Hayek spent his academic career trying to expose the central planner's pretense of economic knowledge. In doing so, Hayek referred to "the knowledge problem." In explaining it, he writes,

The peculiar character of the problem of a rational economic order is determined precisely by the fact that the knowledge of the circumstances of which we must use never exists in concentrated or integrated form but solely as the dispersed bits of incomplete and frequently contradictory knowledge which all the separate individuals possess.…

If we can agree that the economic problem of society is mainly one of rapid adaptation to changes in the particular circumstances of time and place, it would seem to follow that the ultimate decisions must be left to the people who are familiar with these circumstances, who know directly of the relevant changes and of the resources immediately available to meet them. We cannot expect that this problem will be solved by first communicating all this knowledge to a central board that, after integrating all knowledge, issues its orders. We must solve it by some form of decentralization.1

Hayek and Mises strongly believed in decentralization because they believed that certainty regarding how to solve economic problems was impossible to attain, and that the best answers could only be arrived at through the spontaneous and uncoordinated actions of millions of individuals interacting freely within the marketplace. They believed that steering the economy through a centrally planned, one-size-fits-all approach could never account for the thousands of degrees of variation within different individuals' operative knowledge, personal preferences, access to resources, etc. For these reasons, Mises and Hayek feared the unintended consequences of government planning, and rightly pointed out that such planning would necessarily block innovation and inject systemic risk into the system by preventing the market from routinely ferreting out poor practices.

To be clear, Mises and Hayek did not believe that markets were incapable of error. In fact, they believed that market participants would continually make mistakes, but that these mistakes would be corrected more quickly in market conditions than under conditions where government made the rules and had a vested interest in ensuring a certain outcome. I strongly believe that the history of the last century vindicates these men and the Austrian School in general. However, the purpose of this paper is not to explain how government intervention in general and "the knowledge problem" in particular have been responsible for any particular economic problem (that is better left to others), but rather to explain how the knowledge problem has profound implications for my own profession.

One can broaden Hayek's economic knowledge problem to include the practice of medicine by changing only a few key words in the above passage from Individualism and Economic Order.

The peculiar character of the problem of a rational medical order is determined precisely by the fact that the knowledge of the circumstances of which patients and physicians must use never exists in concentrated or integrated form but solely as the dispersed bits of incomplete and frequently contradictory knowledge which all the separate patients and their physicians possess.…

If we can agree that the medical problem of society is mainly one of rapid adaptation to changes in the particular circumstances of time and place, it would seem to follow that the ultimate decisions must be left to the physicians and patients who are familiar with these circumstances, who know directly of the relevant changes and of the resources immediately available to meet them. We cannot expect that this problem will be solved by first communicating all this knowledge to a central board which, after integrating all knowledge, issues its orders. We must solve it by some form of decentralization.

The idea of decentralization, critical to Mises, Hayek, and the Austrian School in general, is diametrically opposed to the prevailing trend to centralize medical decision making. All those who follow this trend share one thing in common: a false sense of certainty that medical decisions, previously made between the individual patient and his physician, can be better guided by an enlightened set of standardized practices determined by groups of experts (i.e., the Independent Payment Advisory Board). In my opinion, those who believe that medical decision making should be centralized are as misguided as those who believe that the federal government, in concert with the central bank, has perfect knowledge of the policies required to grow the economy.

Ultimately, medicine is practiced, not in black and white, but in shades of gray. This is not to say that "the state of medicine is worse than that of total ignorance," as Thomas Jefferson opined in a 1799 letter written to William Green Munford. Quite the contrary; we have developed an impressive, albeit incomplete, understanding of the states of sickness and health all the way down to the molecular level. Even so, it is quite difficult, if not impossible, to say for sure how any individual patient will respond to a particular therapy or surgery, or what the prognosis in days, months, or years will be for any individual patient's disease course. But despite this, institutional experts, central planners in Washington, trial lawyers, and their expert witnesses abandon all humility and insist that if something is done a certain way then a certain medical outcome can be or would have been achieved.

Often such assertions are based on scientific studies, but at best these studies can only help us to make generalizations about populations of patients; they do not tell us about any individual patient in particular. For example, a study might measure the blood-pressure responses of a group of 500 patients receiving drug A and a group of 500 patients receiving a placebo. If those receiving drug A experienced a 10-point decline in their blood pressure compared to the placebo group, all I could tell the patient sitting in front of me is that "in a study that compared drug A to a placebo, the group that took drug A, on average, experienced a 10-point decline in their blood pressure." I can't say with any certainty that the patient in front of me will experience a 10-point decline; he may experience a 20-point decline or no decline at all. Furthermore, he may also have an adverse reaction to the drug that cancels out any potential benefit.

"The idea of decentralization, critical to Mises, Hayek, and the Austrian School in general, is diametrically opposed to the prevailing trend to centralize medical decision making. "

When deciding whether or not to suggest drug A to my patient, I must take into account many factors. For example, if drug A has a narrow therapeutic window and a dangerous side-effect profile, I may not recommend it if my patient is taking multiple other medications or if he often has trouble taking medications correctly. These issues could increase the patient's chance of experiencing serious or even life-threatening side effects, thereby ultimately limiting the drug's potential benefits

I also need to consider the context of the patient's overall health status. For example, is it worth subjecting the patient to another medication in the context of his other issues? Do the benefits of lowering his blood pressure outweigh the risks of the therapy? How I answer these questions will depend on how I interpret the data from published studies. These are just a few of the many considerations that I, as the physician, need to bear in mind.

Then there are the patient's considerations. He may not desire to take more pills in the setting of an already-large medication burden — many patients feel that medications have insidious effects that make them feel fatigued or miserable even in the absence of a major complication. Alternatively, a patient may opt to try diet and exercise to lower blood pressure before starting a medication. These are just two of the many considerations the patient needs to make.

Now, to restate the point made by Hayek, my patient and I cannot expect that the decision whether or not to take drug A (or to undergo a certain diagnostic study or surgical procedure) will be solved by first communicating all the knowledge we have separately, in addition to that gained through our own physician-patient relationship, to a central board which, after integrating all knowledge, issues its orders. It seems absurd. Unfortunately, this is the direction medicine has been heading for decades now.

One (perhaps the most ill-conceived) manifestation of central planning and the arrogance of medical knowledge is the government's endorsement of "pay-for-performance" measures. Meeting these measures often requires strict adherence to professional guidelines. And while I see no problem in voluntary organizations making guidelines to be used as general recommendations for their members to follow, I see a major problem when guidelines become dogma. When this occurs,

At worst, strict adherence to guidelines can subject the individual patient to significant harm. Take for example the real-life case of blood-pressure management in the outpatient setting. Several professional organizations and task forces advise trying to get patients to reach a low blood-pressure number (i.e., <130/80). Unfortunately, this recommendation is most likely an overreach — as many physicians have suspected all along. More recent data suggests that aggressive treatment may increase the risk of serious side effects without conferring a survival advantage.2

Leading thinking in the field now considers the question of how best to manage blood pressure as significantly more nuanced and subject to many individual factors.3 Despite this, pay-for-performance measures still indiscriminately endorse the attainment of low blood-pressure targets. In this case, forced adherence to overly simplistic guidelines is likely subjecting many patients to the potential harm of overly aggressive blood-pressure treatment.4

In conclusion, the study of medicine is a science, and science helps us to understand ourselves and the world in which we live. As to this, there is no doubt. However, while science provides many answers, it provokes at least as many new questions. For this reason, medicine has always been considered both a science and an art. The art involves applying medical science, which is often unsettled, always changing, and still rapidly advancing, to the cases of individual human beings, who are unique in an infinite number of ways.

For both the advancement of the field and the well-being of patients, we should hope this art is not co-opted by governing elites (including those with an MD or MPH after their name) who believe that practicing medicine is as easy as checking off boxes and interpreting numbers on a computer screen. Such a simplistic view is undoubtedly a fatal conceit.

Andrew Foy is cardiology fellow at Penn State-Hershey University Medical Center. The opinions expressed here are his own and are not intended to represent those of his employer.