GET NEWS AND ARTICLES IN YOUR INBOXPrint
A
A
Home | Mises Library | Predatory? 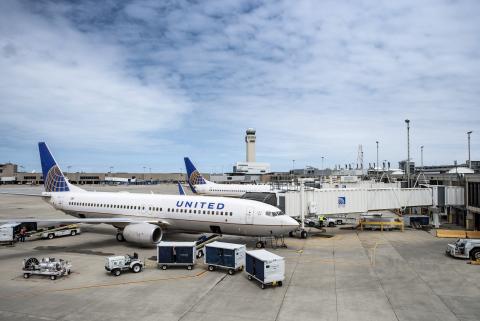 Well, isn't this lovely: airline fares are higher this week than last week because major airlines have stopped matching the discount fares of smaller airlines. The boon that rigorous price competition has meant for travelers for the last several years has come to an end. There'll be no more consumer-driven ploys to force large carriers to lower their rates by citing rock-bottom prices found elsewhere. No, the price is now sky high and fixed for the duration.

Don't blame the air carriers. The culprit is the Justice Department, which has filed a wrongheaded suit against American Airlines for its pricing practices at Dallas-Ft. Worth Airport, which are supposedly "predatory." It seems a small company named Vanguard didn't enjoy going toe-to-toe with the big boys, and persuaded the government to clobber its larger rival with the now-fashionable antitrust club.

It doesn't help that this regulation-driven price freeze comes on top of news that general price increases are starting to haunt the macroeconomy. But leave it to the Clinton administration to do the wrong thing at the wrong time, and produce the opposite results of its stated intentions.

For example, the brainy boys at the antitrust division assaulted Microsoft just when web commerce was becoming truly viable, and we'll never know how much this attack set back progress. Now, the same geniuses are slamming large air carriers just when consumers were gaining the power to pick and choose fares and carriers at will.

What American Airlines was doing—against its will—was matching ticket prices of smaller carriers (which offer less service), even though it meant accepting lower profits and even losses. Such is the nature of today's competitive marketplace. The consumer is in charge of determining what company does the best job at the best price. This is especially true now that fares can be compared instantaneously by anyone through web travel services. American Airlines was doing nothing but trying to keep its head above water.

After the regulatory assault, the trouble for the airline industry is this. The antitrust suit seems to imply that it is illegal to lower prices too much too often, even if that is what competitive conditions require, because doing so might diminish the profitability of smaller competitors. But how much is too low and how fast is too fast? The Justice Department will not and cannot say. Fearing lawsuits and arbitrary legal action, air carriers have decided to play it safe and just keep their prices high.

The victim is the traveling consumer, whose interests were absurdly cited by the Justice Department when it filed its lawsuit. Who are these bureaucrats trying to kid? Fare wars are the best thing to happen to the average fellow. Now these average fellows are stuck with higher prices because smaller carriers like Southwest Airlines, Frontier, and Vanguard fly less than 15 percent of the air traffic.

It also means more inconveniences, since small carriers have fewer scheduling options. To get lower fares, consumers will have to take indirect flights, endure tedious layovers, and forego frequent-flyer miles offered by big carriers. Moreover, if the smaller carriers can depend on not facing rigorous competition from the big players in the industry, they too are suddenly free to raise their prices like never before. No more struggles to get a foothold in the marketplace; the government carves a niche for you and makes sure you keep it.

Ironically, it seems like only yesterday that the federal government was demonizing small carriers, and even grounding their planes, because they were supposedly less safe than the larger carriers. Despite the absence of any evidence supporting this contention, small players suddenly faced huge new costs associated with crazy government inspections. Now, in an instant, the government's guns are pointed the other way, demonizing the big players on grounds that they are too anxious to give consumers a good deal.

But what about the claims that American was using "predatory" techniques? The fantasy is this: the big guy lowers prices to undercut the competition and then comes roaring back with high prices once he has the market monopolized. This is a nice fantasy and it might make a nice board game, but it has nothing to do with the real world.

As Dominick Armentano argues in his new book, Antitrust: The Case for Repeal [or order from Amazon.com], there is no clear standard of what distinguishes predatory price cuts from run-of-the-mill price cuts. It's not as simple as looking at prices as compared with costs, because costs convey historical data that may or may not have anything to do with present market conditions. Moreover, there are many accounting measures of cost: marginal cost, total cost, average cost, long-run and short-run cost. The Justice Department arbitrarily selects one just to make its case.

Moreover, a firm that endures losses to compete will eventually have to recoup those losses through higher prices, but the new profits only serve as signals for competitors to return to the marketplace. The game begins all over again. This is not a good long-run business strategy, which is why there are so few unambiguous examples of it in the real world. (I leave aside the continually rising taxes the monopoly federal government has charged its hapless "consumers" since putting its competition—the states, under the original compact—out of business in 1861-65.)

There's the additional problem that no regulator can know in advance precisely how many competitors there should be in a market. Must there be one thousand air carriers or do we need only one? Only the continual trial-and-error process of market competition can tell us with certainty, while interrupting the process only introduces distortions.

The truth is that the old-hat theories of predatory pricing have been debunked ten thousand times in the serious economic literature. That the Clinton administration is now resorting to them in its attack on major airlines reflects intellectual bankruptcy and policy backwardness. The best strategy for dealing with these periodic assaults on business by the antitrust junta controlling the Justice Department is to rip away their power by repealing restrictions on free enterprise once and for all.