In Praise of Government Gridlock 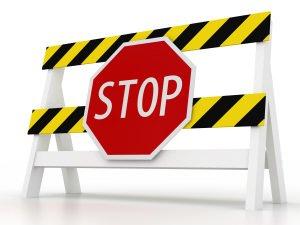 California's Proposition 25 promised to rein in runaway spending and "end budget gridlock" by hitting politicians' pocketbooks. Every day on which lawmakers failed to pass a balanced budget after their June 15 deadline each year would be a day of pay they lost.

This was an attempt to increase government "efficiency" — to make government conform to the laws of business: you must give people the things they want on time or you do not get paid. But, as Mises wrote, "government efficiency and industrial efficiency are entirely different things."

Prop. 25 was passed in 2010. The next year, when legislators' budget ran the state even further into the red, the state controller tried to dock their pay. Not surprisingly, the politicians fought him on this, and California's superior court found that only the lawmakers' themselves have the power to declare their own budget unbalanced and thus deprive themselves of their paychecks.

So the net effect of Prop. 25's threat to politicians is that they can dock their own pay if they feel like admitting failure. Not bloody likely.

Critics of Prop. 25 might say that it has failed to bring the government efficiency it promised. But Prop. 25 has actually increased the efficiency of the state: the speed and ease with which it can extract wealth from its subjects.

This is because the threat to dock lawmakers' pay was only half of the measure. The other half makes it easier to ratchet up the size of government.

Enlisting the Masses in Legal Plunder

In Frédéric Bastiat's brilliant The Law, he explains that "when plunder is organized by law for the profit of those who make law," everyone eventually becomes involved in legislation. And when the masses join in, "they emulate their evil predecessors by participating in this legal plunder."

The illusion of democracy is that by voting yes or no to certain politicians or certain laws, the people can restrain the government. But "so long as legal plunder continues to be the main business of the legislature," the people find themselves becoming merely the state's accomplice.

This year, California's budget is balanced — if you include the $8 billion in tax increases (levied largely on the richest Californians) that voters are being asked to consent to on a ballot in November.

The state of California is unusual in that it has historically required a two-thirds majority to pass any budget or tax increase. This was the cause of the state's historical "budget gridlock." Even a substantial majority found it difficult to railroad the public into new spending or taxing.

Prop. 25 has knocked down that roadblock.

The measure's supporters pointed out in their video ads again and again that it "does not raise taxes." That's true. Prop. 25 only makes it easier to increase spending by reducing the budget requirement to a simple one-half majority in the legislature.[1]

A slight majority of politicians stealing money from the public is not any more immoral than a large majority doing so. But the difference is, as a practical matter, grease on the wheels of the train to total government.

With Prop. 25, which promised to make government pass balanced budgets, the ruling majority now found itself able to pass all its budget measures rather easily. It still couldn't pass tax increases directly, but it could create a tax-increase ballot measure and a bundle of targeted cuts in order to corral the public into voting for it.

The tax hike is targeted to hit the wealthiest Californians. Of the $8 billion in new taxes, $7.5 billion will come from Californians making $250,000 or more (about 5 percent of the population).

And if the masses do not approve those taxes in November, $6 billion in automatic trigger cuts to education programs will kick in. Eighty percent of those cuts will hit public schools and most of the rest will hit community colleges. Horror of horrors, there is even talk of reducing the school year by as much as 15 days.

That is the choice that the government has managed to put before voters: join in with the state to rob the rich or cut your kids' education (which you are already forced to pay for).

Californians do not get to choose between increasing taxes and cutting their state's bloated public pensions, which are now unfunded to the tune of $497 billion dollars.

Neither do the voters have the option to cut the governor's pet project — a $68 billion high-speed rail line. That's not on the chopping block either.

Instead, voters must think of the children. Plunder the rich for your children's sake. Did even Bastiat foresee machinations this cynical?

Just in case the game was not sufficiently rigged, the government has also passed a new law simply to relocate the tax increase from the bottom to the top of the November ballot paper, where they expect it will be in its best light to meet with voters' approval. (Since that relocation was considered a budget-related measure, under Prop. 25 it could be passed with a simple majority and without any necessary waiting period for public review or comment.)

On the High-Speed Train to the Total State

Ultimately, all property is public property. Each established private property right is only provisionally valid and may be altered in accordance with [the government's] unilateral determination of the requirements of "public safety" and "social security."

Ultimately, all property is public property. The only thing the politicians need in order to engage in what Bastiat called "legal plunder" is to fulfill the procedural minutiae of the legislatures and the bureaucracies. They need a two-thirds vote for this and a one-half vote for that. They need to manufacture mass consent for one thing, and they need only an executive order for another.

More and more they find ways to seize wealth and destroy life unilaterally, with just the flick of a bureaucrats' pen.

In the long run, there is no defense against this system but an unremitting attack on the faulty ideas justifying the total state. In the short run, attempting to streamline the procedures of government only facilitates legal plunder.

In voting for Prop. 25, the people of California were duped by the mirage of government efficiency. Now they should note what their government has become more efficient at doing. Tax and spend. Rob and squander.

If that's government efficiency, then government gridlock is vastly to be preferred.

[1] Apparently, Californians could do with a bit of Ron Paul's wisdom: Spending is what matters. The burden on the population will follow.