In Praise of Bankruptcy 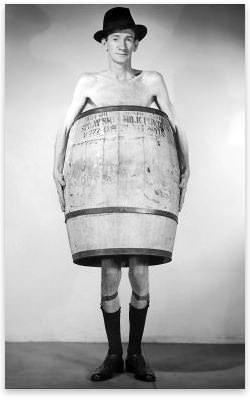 [An MP3 audio version of this article, read by Dr. Floy Lilley, is available here.]

In one word, the market approach to the financial problem is bankruptcy. Firms go bankrupt when they do not have enough revenue to pay their bills. Banks make money by borrowing from lenders at a low interest rate and lending to borrowers at a higher interest rate. If banks make bad loans and borrowers quit repaying, banks go bankrupt.

Insurance firms help people avoid risk, collecting premiums to pay those who suffer bad luck. If the premiums collected by an insurance firm are less than what it has to pay, it goes bankrupt. AIG sold insurance policies to stockholders that banks and other firms would not go bankrupt and could not pay the policies when that happened.

Bankruptcy is a normal part of economic life, covered by laws that guarantee stockholders will be compensated as much as possible. More efficient firms move in to take over what is left of bankrupt firms, buying what can be put to productive use. There is no crime in bankruptcy and, if handled quickly, little economic harm. When the largest US energy company Enron went bankrupt a few years ago, there was not even a ripple in the energy markets, much less the economy. Bankruptcy is not criminal and should not be a surprise, but it can be unnerving if large, well-known firms go bankrupt.

Banks and insurance firms are careful when lending or selling policies because they want to ensure their revenue will pay their bills. Government involvement, however, provides a cushion for failure and allows banks and insurance firms to be careless. This carelessness occurred with the government-sponsored mortgage bank, the Federal National Mortgage Association.

Fannie Mae provides backing to mortgage banks, more or less encouraging them to make bad loans. Fannie Mae makes subsidized loans to mortgage companies when they are short of cash. Freddie Mac is a government mortgage bank that sells mortgages without the usual worry of making a profit, given its taxpayer backing. The government has taken over these two losing mortgage banks, and losses will be paid by taxpayers.

The government provides subsidized mortgage insurance in case home buyers cannot pay. This insurance lets commercial mortgage banks relax and make loans to people who might not be able to pay. Government support for people wanting to buy a house elevated demand for houses and pushed up prices. Rising prices made home buyers confident they could buy a house they could not afford and sell it soon for a profit, counting on a "greater fool" to come along. Realistically, people should only buy a house when they plan to live in it and can actually pay for it. Greater fools do not always come along.

The result of government meddling in the mortgage market is that people have bought houses they cannot afford. When prices quit going up, people were left owing more on their house than it was worth in the market. With their subsidized mortgage insurance and little penalty, people defaulted on their mortgages. The mortgage banks are left without income. This mortgage mess is the root cause of the present financial crisis.

Another part of the bailout plan is that the Treasury will actually buy houses with defaulted mortgages that the failing banks are holding — the overpriced mortgages that people quit paying. The Treasury has become a realty speculator, hoping to sell these overpriced houses sometime in the future for an even higher price. It is much more likely that taxpayers will pay the losses. The bailout money will purchase 6% of the houses in the United States — not such a large amount and only a very small part of the total real-estate market. The bailout money, as large as it is, will have little effect on the aggregate housing market.

As another part of the bailout, the Federal Reserve will make short-term loans to troubled banks and insurance companies to meet their payroll or other bills. The Fed's job is to make loans to banks and buy or sell bonds to control the money supply. Certainly the bankrupt firms will be first in line to borrow such short-term funds. These loans are likely to go unpaid and be written off at taxpayer expense. It is easy for the Fed to make loans since it is in charge of the money supply.

In the bailout, the Treasury also plans to buy a stake in the failed firms, using taxpayer money to become part owner of second-rate mortgage banks and insurance firms — your tax dollars at work.

The underlying goal of the financial bailout is not to keep the economy "healthy" but to keep a few Wall Street firms, mortgage banks, and insurance firms in business. Never mind that most mortgage and insurance firms in the country are profitable; the government wants to support the inefficient, large, high-profile firms. If these firms were allowed to go bankrupt, the economy would recover quickly. Other firms, not necessarily with an address on Wall Street, would step in and buy them out. Wall Street is much less important now than in the past, due to national and global financial competition.

Profit motives in business are clear, but governments have no profit motive and are able to collect taxes, print money, and borrow against future taxpayer money to pay their bills. Mortgage and other financial-market firms will wait to see what the government agencies do in the market and then generally do the opposite, playing against taxpayer money. The rules are changing with more government involvement, but competition will continue. The situation would be like the government making delivery of packages less than 5 pounds illegal except by the US Post Office.