The Poverty of Poverty Statistics 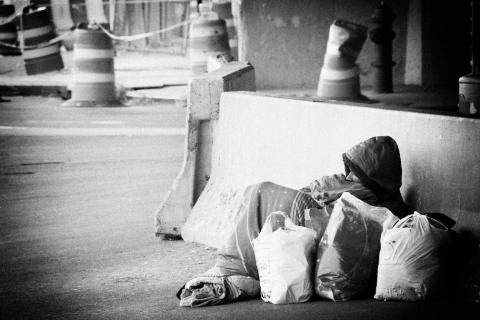 Some things are not as simple as they seem. Take poverty statistics, for example.

The U.S. Census Bureau recently released its "Poverty in the U.S.: 2002" report, which contains the latest official poverty statistics for the nation. The statistics, to no one’s surprise, suggest a struggling national economy

A comparable increase occurred in the rate of poverty among families. In 2002, 7.2 million families—9.6 percent of all families—were in poverty, up from 6.8 million and 9.2 percent in 2001.

The most disturbing statistic in the annual poverty report is always the poverty rate among children. According to the 2002 report, 16.7 percent of children were poor in 2002. That rate is unchanged from 2001; however, the number of children in poverty increased to 12.1 million in 2002, up from 11.7 million in 2001.

These statistics seem simple and straightforward. But they are not.

It doesn’t. The Census Bureau classifies as poor any family whose income falls below a certain threshold. The income thresholds vary by family size. For example, a family of four with an income of less than $18,392 in 2002 would be classified as poor.

How are the income thresholds determined?  They are based on 1955 U.S. Department of Agriculture data on food budgets designed for families under economic stress. The thresholds were first computed in 1963–64 and have been updated for inflation (using the standard Consumer Price Index, CPI-U) each year since.

Thus, the official U.S. poverty rate, this statistic that receives so much attention from government policy makers, social scientists and the media, is based not on an assessment of living conditions but on 48 year-old USDA food budget data.

Measuring family income is no simple matter, either. In fact, the Census Bureau has come up with five different definitions of family income. The poverty rate varies significantly with the definition used.

For instance, the official poverty figures—again, 34.6 million people and a poverty rate of 12.1 percent—are derived by defining family income as before-tax cash income. However, when the Census Bureau defines family income as after-tax cash income plus capital gains and the value of all noncash transfers (and adjusts the poverty thresholds using the CPI-U-X1 rather than the notoriously inaccurate CPI-U), it counts 21.5 million people as poor. That’s 13.1 million or almost 40 percent fewer than the official count. It also results in a poverty rate of not 12.1 percent, but 7.5 percent.

Finally, the official poverty statistics take no account of the goods people own or the assets they have accumulated. Which means that a person who has accumulated a million dollars worth of goods and assets but whose income, for whatever reason, falls below the income threshold for the year will be classified as poor.