GET NEWS AND ARTICLES IN YOUR INBOXPrint
A
A
Home | Mises Library | Post Hoc, Ergo Propter Hoc 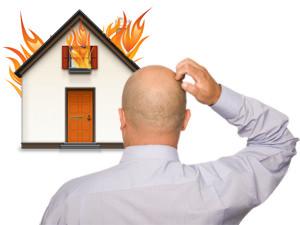 "Liberty acts on the same principle as insurance. When an accident, like a fire, happens, insurance spreads over a great number of men and a great number of years losses that, in the absence of insurance, would have fallen all at once upon one individual. But will anyone undertake to affirm that fire has become a greater evil since the introduction of insurance?"

This is the greatest and most common fallacy in reasoning.

Real sufferings, for example, have manifested themselves in England.

These sufferings come in the train of two other phenomena: first, the reformed tariff; second, two bad harvests in succession.

To which of these two last circumstances are we to attribute the first?

Free trade distributes in the most uniform and equitable manner the fruits that Providence accords to human labor. If we are deprived of part of these fruits by natural causes, such as a succession of bad seasons, free trade does not fail to distribute in the same manner what remains. Men are, no doubt, not so well provided with what they want; but are we to impute this to free trade, or on the bad harvests?

Liberty acts on the same principle as insurance. When an accident, like a fire, happens, insurance spreads over a great number of men and a great number of years losses that, in the absence of insurance, would have fallen all at once upon one individual. But will anyone undertake to affirm that fire has become a greater evil since the introduction of insurance?

In 1842, 1843, and 1844, the reduction of taxes began in England. At the same time the harvests were very abundant; and we are led to conclude that these two circumstances concurred in producing the unparalleled prosperity which England enjoyed during that period.

Provisions rose in price; and the people were forced to expend their resources on necessaries, and to limit their consumption of other commodities. Clothing was less in demand, manufactories had less work, and wages tended to fall.

Fortunately, in that same year, the barriers of restriction were still more effectually removed, and an enormous quantity of provisions reached the English market. Had this not been so, it is nearly certain that a formidable revolution would have taken place.

And yet free trade is blamed for disasters that it tended to prevent, and in part, at least, to repair!

A poor leper lived in solitude. Whatever he happened to touch, no one else would touch. Obliged to pine in solitude, he led a miserable existence. An eminent physician cured him, and now our poor hermit was admitted to all the benefits of free trade, and had full liberty to effect exchanges. What brilliant prospects were opened to him! He delighted in calculating the advantages that, through his restored intercourse with his fellow men, he was able to derive from his own vigorous exertions.

He happened to break both his arms, and was landed in poverty and misery.

The journalists who were witnesses of that misery said, "See to what this liberty of making exchanges has reduced him! Verily, he was less to be pitied when he lived alone."

"What!" said the physician, "do you make no allowance for his broken arms? Has that accident nothing to do with his present unhappy state? His misfortune arises from his having lost the use of his hands, and not from his having been cured of his leprosy. He would have been a fitter subject for your compassion had he been lame and leprous into the bargain."