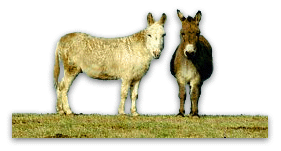 It's political season again, and what a show it is. Politicians specialize in this. They affect a know-it-all posture and carry a bag of solutions to every problem, natural, human, and divine. They work to perfect the ability to fob off their solutions as sound reasoning even when they are snake oil or sheer poison. Still, one can only marvel at how successful they are at bamboozling the population.

Every once in a while, however, their cover is exposed and the truth comes out. The truth is that most of them are economic ignoramuses, proposing bad law that not only fails to achieve its aims, but actually ends up spreading human suffering.

A case in point is the minimum wage. Once you strip away the rhetoric, a minimum wage law simply outlaws work below some state-mandated wage floor. Furthermore, a business that hires a person who is less productive than the minimum can be fined and shut down, and a worker who dares price his services too low will be forced to stop.

That is the long and short of it. Now, ask yourself: how can poor working people be made better off by laws that restrict their options? It is an absurdity. Poor people and young workers, and the old and the disabled, have few economic tools at their disposal. One of them is the freedom to lower the price of their labor. The minimum wage makes that impossible. If he wants to compete with more experienced or capable workers by lowering his price, he will be clubbed over the head.

How is that good for the poor? It only ends up cutting off opportunities. It will increase unemployment on the margin and lead to grave frustration for a group of people who need work experience and independence. What can we say about such inane legislation? It is very stupid and very evil.

Let me just cite an example. The governor's race in Alabama is heating up. The Democrat Lucy Baxley wants to raise the state's current minimum wage of $5.15 an hour to $6.15 per hour. She says that it is "morally unacceptable that anyone working 40 hours a week in Alabama still earns $5,000 less than the federal poverty line."

But her solution is to throw them out of work entirely!

She regrets people's poverty. Don't we all. Would that everyone in the world would be a millionaire many times over! But legislation can't achieve that, and, if it could, she could rightly be denounced for being stingy. Why not mandate a wage of $1,000 an hour, if that's all there is to it?

As to the fears that her proposal would lead to unemployment, she says no, since only 16,000 hourly workers actually get the minimum. No doubt that these workers are the least experienced, least skilled, and poorest people in the state. Why should they be punished by being thrown out of work? Are they chopped liver? They will be when she gets through with them.

Might they just have their wages increased after such legislation? Some might. But then, other costs of doing business have to go, like benefits to other employees, site improvements, new inventory, and planned upgrades to real estate and technology. Some of these costs can rise to the point that the business actually folds. How is that good for anyone?

Let us first add a caveat. The minimum wage is in fact good for some people, namely unionized workers who earn far above the minimum and hold good jobs. They don't want competition from lower wage workers. They resent the presence of young whipper-snappers who dare to work hard for less money. They would rather see them on the streets or in homeless shelters. Thus do they favor the minimum wage!

Do you see? The main lobby behind the increases know the score. It is their intention to throw workers out of a job. Consider: unionized workers do not work for the minimum wage, so why should they otherwise care if it is raised? What they desire is a cartelized workplace in which only the privileged can participate.

A politician who backs their desire is nothing but a dupe of these groups, wittingly or not.

OK, so let's say you see right through the bogus proposal of this would-be central planner from the Democratic Party. What about the Republican? Bob Riley says that it would be a mistake for Alabama to go it alone and raise the minimum wage because workers and businesses would simply flee to neighboring states without such strict rules.

He is right about that. But get this. He also says that the US Congress is likely to raise the federal minimum by as much as $2. That increase would apply to Alabama and all neighboring states. If that happens, his one line of criticism of his opponent would be addressed, and his objections to the raised minimum would be gone.

As to whether he actually favors this legislation it is unclear. He is cheeky about it. But he dares not make a principled case against the minimum wage law. But we are talking here about a guy who dares run on a tax-cut platform after having spent the first half of his last term doing nothing but pushing for the biggest tax increase in Alabama's history (and watching it go down in flames at the polls). And as a congressman, he voted to increase the federal minimum wage.

So here too we see the mask ripped off. These birds cannot bring prosperity to the state. They cannot help workers with their dangerous legislation. They are nothing but the enemy of every working Alabamian. The only great regret to feel is that we have to be ruled by either of them. Such is the plight of democracy, in which all options are bad and worse, and it's hard to know which is which.

If Alabama really wants to convert itself into a haven for prosperity and worker well-being, it would — as a start — repeal any and all wage legislation, and nullify all federal legislation when it is proposed. To support the minimum wage is to wear your economic ignorance on your sleeve. Why should anyone who does so be trusted with any power at all?