The Peculiar and Unique Position of Economics 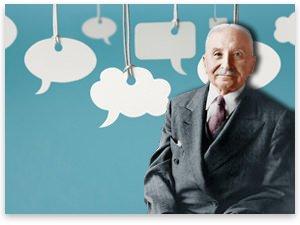 [This article is excerpted from Human Action (1949), chapter 37, "The Nondescript Character of Economics." ]

The Singularity of Economics

What assigns economics its peculiar and unique position in the orbit both of pure knowledge and of the practical utilization of knowledge is the fact that its particular theorems are not open to any verification or falsification on the ground of experience. Of course, a measure suggested by sound economic reasoning results in producing the effects aimed at, and a measure suggested by faulty economic reasoning fails to produce the ends sought. But such experience is always still historical experience, i.e., the experience of complex phenomena. It can never, as has been pointed out, prove or disprove any particular theorem. The application of spurious economic theorems results in undesired consequences. But these effects never have that undisputable power of conviction which the experimental facts in the field of the natural sciences provide. The ultimate yardstick of an economic theorem's correctness or incorrectness is solely reason unaided by experience.

The ominous import of this state of affairs is that it prevents the naïve mind from recognizing the reality of the things economics deals with. "Real" is, in the eyes of man, all that he cannot alter and to whose existence he must adjust his actions if he wants to attain his ends. The cognizance of reality is a sad experience. It teaches the limits on the satisfaction of one's wishes. Only reluctantly does man resign himself to the insight that there are things, viz., the whole complex of all causal relations between events, which wishful thinking cannot alter. Yet sense experience speaks an easily perceptible language. There is no use arguing about experiments. The reality of experimentally established facts cannot be contested.

But in the field of praxeological knowledge neither success nor failure speaks a distinct language audible to everybody. The experience derived exclusively from complex phenomena does not bar escape into interpretations based on wishful thinking. The naïve man's propensity to ascribe omnipotence to his thoughts, however confused and contradictory, is never manifestly and unambiguously falsified by experience. The economist can never refute the economic cranks and quacks in the way in which the doctor refutes the medicine man and the charlatan. History speaks only to those people who know how to interpret it on the ground of correct theories.

The significance of this fundamental epistemological difference becomes clear if we realize that the practical utilization of the teachings of economics presupposes their endorsement by public opinion. In the market economy the realization of technological innovations does not require anything more than the cognizance of their reasonableness by one or a few enlightened spirits. No dullness and clumsiness on the part of the masses can stop the pioneers of improvement. There is no need for them to win the approval of inert people beforehand. They are free to embark upon their projects even if everyone else laughs at them. Later, when the new, better, and cheaper products appear on the market, these scoffers will scramble for them. However dull a man may be, he knows how to tell the difference between a cheaper shoe and a more expensive one, and to appreciate the usefulness of new products.

But it is different in the field of social organization and economic policies. Here the best theories are useless if not supported by public opinion. They cannot work if not accepted by a majority of the people. Whatever the system of government may be, there cannot be any question of ruling a nation lastingly on the ground of doctrines at variance with public opinion. In the end the philosophy of the majority prevails. In the long run there cannot be any such thing as an unpopular system of government. The difference between democracy and despotism does not affect the final outcome. It refers only to the method by which the adjustment of the system of government to the ideology held by public opinion is brought about. Unpopular autocrats can only be dethroned by revolutionary upheavals, while unpopular democratic rulers are peacefully ousted in the next election.

The supremacy of public opinion determines not only the singular role that economics occupies in the complex of thought and knowledge. It determines the whole process of human history.

The customary discussions concerning the role the individual plays in history miss the point. Everything that is thought, done and accomplished is a performance of individuals. New ideas and innovations are always an achievement of uncommon men. But these great men cannot succeed in adjusting social conditions to their plans if they do not convince public opinion.

The flowering of human society depends on two factors: the intellectual power of outstanding men to conceive sound social and economic theories, and the ability of these or other men to make these ideologies palatable to the majority.

This article is excerpted from Human Action (1949), chapter 37, "The Nondescript Character of Economics." An MP3 audio file of this chapter, narrated by Jeff Riggenbach, is available for download.