GET NEWS AND ARTICLES IN YOUR INBOXPrint
A
A
Home | Mises Library | Peasants, Rise Up! The Croquants of the 17th Century

Peasants, Rise Up! The Croquants of the 17th Century 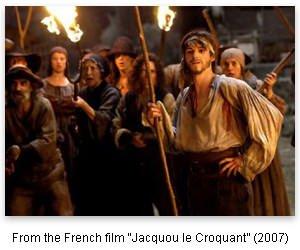 Seventeenth-century French kings and their minions did not impose an accelerating burden of absolutism without provoking grave, deep, and continuing opposition. Indeed, there were repeated rebellions by groups of peasants and nobles in France from the 1630s to the 1670s. Generally, the focus of discontent and uprising was rising taxes, as well as the losses of rights and privileges. There were also similar rebellions in Spain in mid-century, and in autocratic Russia throughout the seventeenth century.

Consider, for example, the remonstrances of the peasants in the first great French rebellion of the seventeenth century, the croquants' (literally, "crunchers") revolt in 1636 in south-western France. The croquants' rebellion was precipitated by a sudden near-doubling of direct taxes upon the peasantry to raise funds for the war against Spain. The intendant La Force, sent to investigate the disturbances, reported on the peasants' grievances and demands. The peasants focused on the eternal and accelerating increases of taxation. They pointed out that in the reign of Henry IV more taxes had been collected than in all previous reigns of the monarchy taken together; and that in but two years of the reign of Louis XIII they had paid more than in all the years of Henry IV.

The peasants also protested that the royal tax-collectors carried off their cattle, clothes and tools, merely to cover the costs of enforcement, so that the principal of the tax debt could never be reduced. The result was ruin. Deprived of their means of labor, the peasants had been forced to leave their fields untilled, and even to leave their ancient lands and beg for bread. In a letter to his superior, La Force feels compelled to endorse their complaints: "It is not, Monseigneur, that I am not, by natural feeling, touched with very great compassion when I see the extraordinary poverty in which these people live."

The peasants protested that they were not subversives; they were willing to pay the old customary taxes, provided the recent increases were repealed. New taxes should only be imposed in extreme emergencies, and then only by the states-general (which hadn't met since 1615, and was not to meet again until the eve of the French Revolution). Like deluded subjects at all times and places, the peasants placed the blame for their ills not on the king himself but on his evil and tyrannical ministers, who had led the sovereign astray. The peasants insisted that they had had to revolt in order that "their cries may reach the ears of the King himself and no longer just those of his Ministers, who advise him so badly." Whether a ruler be king or president, it is convenient for him to preserve his popularity by deflecting protest and hostility to advisers or prime ministers who surround him.

But despite this unfortunate limitation, the croquants had the insight and the wit to zero in on the "public interest" myth propounded by the royal ministers. The "needs of the state," the peasants declared, were only a "pretext for enriching a few private persons" — the hated tax farmers, who had bought the privilege from the Crown of collecting taxes which then went into their pockets; and the "creatures of the man who rules the state," i.e., Richelieu and his entourage. The peasants called for the abolition of courtiers' pensions, as well as the salaries of all the newly created officials.

The following year, 1637, the croquants of the neighboring region of Périgord rose in rebellion. Addressing King Louis XIII, the commune of Périgord set forth its reasons for the revolt: "Sire … we have taken an unusual step in the way we have expressed our grievances, but this is so that we may be listened to by Your Majesty." Their overriding grievance was against the tax farmers and tax officials, who "have sent among us a thousand thieves who eat up the flesh of the poor husbandmen to the very bones, and it is they who have forced them to take up arms, changing their ploughshares for swords, in order to ask Your Majesty for justice or else to die like men."

Shaken by the rebellion, the Crown organized its faithful servitors. The royal printer, F. Mettayer, published a statement by the "inhabitants of the town of Poitiers," denouncing the "seditious" commune of Périgord. The Poitiers men declared that "We know, as Christians and loyal Frenchmen, that the glory of Kings is to command, while the glory of subjects, whoever they may be, is to obey in all humility and willing submission … following God's express commandment." All the people of France know that the king is the life and soul of the state. The king is directly guided by the Holy Spirit, and further, "by the superhuman decisions of your royal mind and the miracles accomplished in your happy reign, we perceive plainly that God holds your heart in his hand." There is therefore only one explanation for the rebellion, concluded the Poitiers loyalists: the rebels must be tools of Satan.

Not all the Catholics agreed, nor even the Catholic clergy of France. In 1639, an armed rebellion broke out in Normandy, resting on two demands: an opposition to oppressive taxation, and a call for Norman autonomy as against the centralized Parisian regime. It was a multiclass movement of the relatively poor, grouped together in an "army of suffering," and calling themselves the Nu-Pieds — the barefoot ones — after the salt-makers in the southwestern Norman region of Avranches, who walked barefoot on the sand. The general of the army was a mythical figure named Jean Nu-Pieds; the actual directorate of the army consisted of four priests from the Avranches area, of whom the leader was Father Jean Morel, parish priest of Saint-Gervais. Morel called himself "Colonel Sandhills," but he was a poet-propagandist as well as army commander. In his "manifesto of the High Unconquerable Captain Jean Nu-Pieds, General of the Army of Suffering," directed against the "men made rich by their taxes," Father Morel wrote,

And I, shall I leave a people languishing

Beneath the heel of tyranny, and allow a crowd of outsiders [non-Normans]

To oppress this people daily with their tax-farms?

The reference to "outsiders" shows the continuing strength of particularist, or separatist national movements in France, in this case Normandy. The Norman and croquants movements were rising against centralizing Parisian imperialism imposed only recently on independent or autonomous nations as much as against the high taxes themselves.