Anyone who reads Paul Krugman, our latest "Nobel Prize-winning economist," knows that Krugman believes inflation is not a threat to the economy at all. He is a regular defender of large fiscal deficits and expansionary monetary policy, claiming that they are the road to salvation from our so-called deflationary spiral. (We'll ignore the fact that this "deflationary spiral" involves six straight months of price increases and regular complaints from Mr. Krugman himself about skyrocketing costs in health care.)

In 2009, Krugman stated that "deficits saved the world." However, in 2003, when Alan Greenspan and the Bush administration were destroying this country's balance sheet, Krugman was scared to death about inflation. The rest of this article references several paragraphs from Mr. Krugman's March 11th, 2003, article, "A Fiscal Train Wreck."

With war looming, it's time to be prepared. So last week I switched to a fixed-rate mortgage. It means higher monthly payments, but I'm terrified about what will happen to interest rates once financial markets wake up to the implications of skyrocketing budget deficits.

Since 2003, not only has the dollar lost purchasing power, but also inflationary pressures have grown like cancers. As a result, our deficits are bigger and our economy is weaker. Meanwhile, Ben Bernanke has run the printing presses at full speed and given no indication that he will slow them down any time soon.

Last week the Congressional Budget Office marked down its estimates yet again. Just two years ago, you may remember, the C.B.O. was projecting a 10-year surplus of $5.6 trillion. Now it projects a 10-year deficit of $1.8 trillion.

In 2009, the deficit projection is now $9 trillion. That's a $14 trillion swing from the $5.6 trillion surplus eight years ago. We should do ourselves a favor and stop acting like any of their projections are realistic. If Vegas were taking bets, the point spread would be another $7 trillion. As far as the CBO goes, Mr. Krugman says himself,

the Congressional Budget Office operates under ground rules that force it to wear rose-colored lenses.

We are royally screwed when a $9 trillion budget deficit is the rose-colored version. Maybe we should be preparing for a $16 trillion deficit.

What's really scary — what makes a fixed-rate mortgage seem like such a good idea — is the looming threat to the federal government's solvency.

That may sound alarmist: right now the deficit, while huge in absolute terms, is only 2 — make that 3, O.K., maybe 4 — percent of G.D.P. But that misses the point.

Because of the future liabilities of Social Security and Medicare, the true budget picture is much worse than the conventional deficit numbers suggest.

My prediction is that politicians will eventually be tempted to resolve the crisis the way irresponsible governments usually do: by printing money, both to pay current bills and to inflate away debt.

And as that temptation becomes obvious, interest rates will soar.

His point here is 100 percent correct and crucial. The government, now under Barack Obama, has officially entered the stage of printing money to pay its bills and inflate away the debt. The problem is that Mr. Krugman now denies that such actions (printing money) are even occurring, and uses a megaphone to cheer the quantitative easing performed by Ben Bernanke.

Obviously, Mr. Krugman was fearful of inflation. He wanted his nice home in Princeton to be paid off with funny money from the Federal Reserve. In the near future, he'll finally get his wish.

The problem is that everything Mr. Krugman now writes entirely contradicts his 2003 article, despite the fact that every fundamental problem the economy faced six years ago is now much worse. Mr. Krugman has no issues with Barack Obama and Ben Bernanke committing the same atrocities the previous administration committed. President Obama has ramped up every budget, including the military budget, while Bernanke runs the presses faster than Greenspan ever did.

Mr. Krugman has consistently stated throughout 2009 that there is no danger of interest rates rising in the future and that the budget deficit is not disastrous by comparison to 1940s United States and 1990s Japan.

But our GDP consists heavily of government spending and a consumer-based service sector (which is apparently a nonissue in the mindset of your typical Keynesian crackpot). Therefore, our GDP severely overstates our nation's productive capacity and is no longer a measure of our economic strength. How can a country that produces so little have a high Gross Domestic "Product"?

In the past, we financed our debt through 30-year bonds, as did Japan. Today, a large portion of our debt is financed through 2-year bonds. What happens if those interest rates creep higher? The United States must turn to the printing press to avoid default.

Investors still can't believe that the leaders of the United States are acting like the rulers of a banana republic. But I've done the math, and reached my own conclusions — and I've locked in my rate. 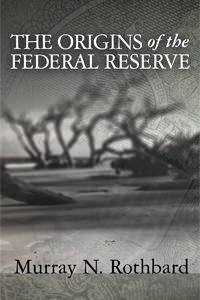 Given our administration's actions, we are officially becoming a banana republic; no matter how many times Mr. Krugman tells us on TV "we are not Argentina." Mr. Krugman made a wise choice in 2003 to convert his mortgage to a fixed rate over the course of 30 years. Why on Earth would he recommend that the entire nation take out debt financed in 2-year bonds? America is essentially signing up for a subprime mortgage, and we are assuming that we can simply refinance before the rates reset.

Mr. Krugman should do us all a favor and stop lying to the American people. When interest rates rise, and inflation skyrockets out of control, millions of Americans are going to wonder why Paul Krugman told us it wouldn't happen. With every word he writes, I wonder how big that conscience of a liberal really is.

Benjamin Lee is a doctoral candidate at the Department of Chemistry and Chemical Biology at Rutgers University.