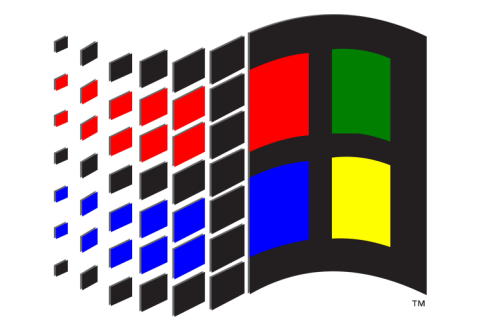 Having suffered the destruction of key antitrust defenses in recent years, government planners in the Department of Justice have resorted to legend and hearsay to support their case against Microsoft. It is vital that DOJ’s new attacks be repulsed, as the success or failure of their arguments bears important consequences for the future of technological development and entrepreneurial freedom.

The legend is as follows: A mere historical accident or individual whim in an expanding market produces a large number of users of a particular technology standard. The standard becomes valuable simply because many people use it, not because of an inherent superiority. Latecomers offering better technologies cannot overcome the powerful network effects generated by millions of users accustomed to the inferior technology. Makers of the old technology are protected from competition by "lock-in." A market failure called path dependence has resulted, perhaps requiring remedial antitrust efforts.

Rumors of path dependence abound, and some have gained extensive play in the mainstream economic literature. Best-known is the persistence of the QWERTY keyboard over allegedly superior alternatives. Developed in an effort to prevent the hammers on early mechanical typewriters from jamming, the keyboard has carried over into the present day even though the initial reason for its arrangement no longer applies. Other keyboards, particularly the 1936 Dvorak Simplified Keyboard, are said to be faster, yet they cannot succeed against the older QWERTY layout. No individual who uses keyboards belonging to QWERTY users wants to learn the Dvorak keyboard and thereafter suffer the costs of going against the established standard.

Some commentators also gripe vociferously about the established VHS standard in videotape. The rejected Beta format, they claim, has better video quality. However, no one buys Beta because they would be unable to share tapes with users of the dominant VHS technology. Similarly, DOS won chunks of market share from the supposedly better-quality Macintosh operating system, the metric system seems unable to displace English measurements without government coercion, and Microsoft Word overpowered competitors such as WordStar and WordPerfect. In general, path dependence is alleged to be a problem whenever there are benefits to using the same technology standard that other people are using.

Professors Stan Liebowitz and Stephen Margolis, in a recent publication from the Independent Institute, efficiently demolish path dependence as an excuse for government intervention. Though they acknowledge that network effects can theoretically produce inefficiencies in a market economy, their book Winners, Losers, and Microsoft: Competition and Antitrust in High Technology shows that it is difficult to find a clear example of a locked-in technology protecting market participants from competition. Calling the perceived prevalence of harmful lock-in "empty conjecture," (p. 117) Liebowitz and Margolis argue that "if anyone ever does find a real-world example, it will be an extraordinary exception to an important rule: Consumers do not get locked in to inferior products." (p. 227)

It is indisputable that the past influences the future. Yet path dependence says much more: Even when all users of an established technology prefer a world dominated by a competitor, the incumbent prevails if users are unable to coordinate their choices. To help us distinguish this strong form of path dependence (the form employed by the DOJ) from weaker forms, Liebowitz and Margolis divide path dependence as follows:

Path dependence only presents an efficiency problem when a superior technology is suppressed and when switchover costs are lower than the benefit of the technological improvement. If we ignore switchover costs when alleging that the market has failed to replace an old technology with a more efficient new contender, we are unfairly comparing market results to an unattainable ideal.

Much of Winners, Losers, and Microsoft is devoted to countering an assortment of path dependence fables. In a fascinating history of the typewriter keyboard, Liebowitz and Margolis show that the Dvorak arrangement has no clear advantage over the much-maligned QWERTY layout. Evidence is mixed. The legendary 1944 Navy test often alluded to in support of the Dvorak keyboard was in fact a dubious experiment conducted by none other than Lieutenant Commander August Dvorak, the keyboard’s patent-holder. In related lore, our authors contend that the rivalry over videotape formats of the late 1970s and early 1980s ended not with adoption of an inferior technology standard, but with the standard that had the qualities consumers deemed most valuable.

The technical differences between VHS and Beta were small, but to home users, VHS’s significantly longer playing times were more important than Beta’s advantages in editing and special effects. Liebowitz and Margolis reveal that other path dependence tales simply do not fit the facts.

Next, Liebowitz and Margolis take on the argument that Microsoft has taken advantage of network effects to monopolize its industry. Rather than trying to show that Microsoft does not have a monopoly, they show that traditional antitrust arguments cannot handle high-technology markets. Our authors are not willing to take on all antitrust theory, but they do make the case that we should view the "serial monopoly" observed in certain industries as acceptable and even desirable. As Jack Hirschleifer points out in the foreword, one implication of their analysis is that, in high-technology markets, "predominant market share may be the consequence and hallmark of effective competition."

Competition brings about market tests that determine which monopoly prevails until another firm temporarily monopolizes the market. Monopolies that attempt to raise price or produce inferior products will find themselves rapidly displaced by another firm.

As Liebowitz and Margolis observe, "These high stakes, and the rivalry that they create, is apparently sufficient discipline to hold monopoly prices in check and to keep the rate of innovation very rapid." (p. 15)

To achieve this result, the market depends heavily on a key, but neglected, actor in the market economy—the entrepreneur. Liebowitz and Margolis are combating a view of markets in which:

"...an exogenous set of goods is offered for sale at a price, take it or leave it. There is little or no role for entrepreneurs. There are generally no guarantees, no rental markets, no mergers, no loss- leader pricing, no advertising, no marketing research. When such complicating institutions are acknowledged, they are incorporated into the model piecemeal. And they are most often introduced to show their potential to create inefficiencies, not to show how an excess of benefit over cost may constitute an opportunity for private gain.
"In the world created by such a sterile model of competition, it is not surprising that accidents have considerable permanence. (p. 38)"

In place of the traditional construct of perfect competition, Liebowitz and Margolis offer something closer to the Austrian approach. Instead of passive, unimaginative units of management, there are active, creative entrepreneurs, watchful for a profit opportunity. When large inefficiencies do appear, such as the persistence of an inferior video format in the presence of a better alternative, entrepreneurs are quick to muster an effective response.

It follows from the authors’ perspective on technology markets that in this world of serial monopoly, antitrust authorities can diminish the efficiency in the market by destroying those monopolies.

The DOJ’s antitrust campaign against Microsoft threatens to deeply injure the market and reduce technological innovation. Yet even if Microsoft does have a monopoly in certain industries, it is acting peculiarly unlike the usual conception of a monopoly. Liebowitz and Margolis found that when Microsoft was present in software markets, prices declined faster and farther than where they were not present. Where Microsoft was dominant, prices fell after Microsoft became dominant.

Further, Microsoft charged lower prices in markets where it was dominant than in markets where another firm prevailed. Related issues such as leverage, tie-ins, bundling, and predatory pricing are considered in a valuable appendix.

In general, the authors find a close relationship between an increase in the quality of a firm’s product and an increase in the firm’s market share. The incumbent product, no matter whose it is, does not seem to get locked in through network effects. Time and again, the superior product wins. Path dependence, if it exists somewhere, is certainly not important enough to serve as a basis for antitrust intervention. "The policy implication of all this," the authors conclude, "is that governments can help ensure that consumers get the best products by keeping government impediments out of the way of entrepreneurs competing to establish their mousetraps in the marketplace." (p. 243)

Winners, Losers, and Microsoft cannot be regarded as Austrian in its overall approach. Liebowitz and Margolis are apparently taken with a neoclassical view of equilibrium—that it is a normal state which is subject to occasional shocks—and they do not acknowledge Austrian work on the entrepreneur. Some Austrians might take issue with their reliance upon empirical analysis instead of deductive reasoning.

Yet their awareness of the vital role of the entrepreneur, their willingness to challenge traditional neoclassical paradigms on antitrust, and, most of all, their effective refutation of a common attack on the market economy deserve notice and appreciation.