Patents and Copyrights Should be Repealed 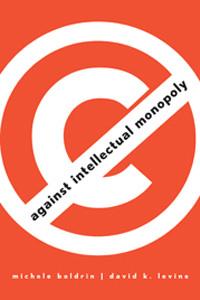 One of the most important recent advances in libertarian theory has come in the field of intellectual property. Several writers, Stephan Kinsella most notably among them, have argued that patents and copyrights should not form part of a proper libertarian law code. These writers modify and extend the work of Murray Rothbard, who allowed copyrights but not patents.

These writers must confront an important objection. However convincing one may find their analysis of the implications of libertarian theory, what if the policy that they recommend leads to economic disaster? Without patents, would not inventions drastically decrease, crippling economic progress? Could writers earn a decent return without being able to copyright their work? If one sets aside these questions, insisting that libertarian theory requires that patents and copyrights be ended and that is that, critics stand ready to pounce. They will say that libertarians dogmatically disregard consequences, insisting on principles at whatever cost.1

Against Intellectual Monopoly enables us to meet this challenge on its own ground.2 Boldrin and Levine, though quite sympathetic to the free market, are neither Austrians nor libertarians, much less natural-rights libertarians of Rothbardian views. They are mainstream neoclassical economists and their ethical views seem, broadly speaking, to be utilitarian. Arguing strictly on consequentialist grounds, they oppose intellectual property. Patents and copyrights do not promote economic progress but impede it.

Their argument for this view consists of two parts. First, even if patents and copyrights encourage innovation, they produce so many bad effects that, on balance, these measures have negative consequences. Second, though benefits from promoting new ideas of patents and copyright cannot on a priori grounds be ruled out, there is strong reason to believe that these effects have been greatly exaggerated.

I can discuss only a small sample of the profusion of arguments the authors deploy in support of these contentions. They begin by posing a sharp challenge to those who think patents essential for innovation. Innovative industries have often flourished without them:

Even if this is true, though, this shows only that patents are unneeded; why are they bad? Boldrin and Levine answer that the struggle to secure patents often involves costly and unproductive activities:

Part of the enormous increase in the number of patents is because patents beget yet other patents to defend against existing patents… Pundits and lawyers call this navigating the patent thickets, and a whole literature, not to speak of a lucrative new profession, has sprung up around it in the past fifteen years. (p. 73)

But the most obvious cost of patents lies not in the side effects of the struggle to obtain them but in their direct purpose:

[P]atents and "intellectual property" more generally are, by definition, aimed at blocking competition, as their main aim is to prevent others from competing with the innovator by producing the same thing either a little more cheaply or of a little better quality. (p. 77)

The "submarine patent" is an especially insidious means of impeding competition. Here, someone files for a patent on a general idea without completing the application process:

Although the patent term was measured from the date of award, … the validity of the patent [is] … measured from the day of submission. Hence, the submarine patent — the filing of a useless patent on a broad idea that might, one day, be useful. The existence of the filing is secret … and the application process is dragged out until some actual innovator invests the time and effort to make the idea useful. At that time, the amendment filing stops, the patent is awarded, and the submarine surfaces to demand license fees. (p. 84)

The risk of being undermined by a submarine patent surely tends to discourage innovation.

As this example shows, the authors display a thorough familiarity with the ins and outs of intellectual property law. But even more important is a less technical point that they emphasize. People learn through imitating others, and to the extent that patents and copyrights impede this process, they block progress:

Even if the authors are so far correct, they must confront a formidable objection. Suppose, as they wish, that patents and copyrights were abolished. According to their neoclassical model of competition, is there not a strong argument that innovators could derive little profit? Once the innovation is on the market, copiers can quickly expand production until marginal revenue equals marginal cost, driving profits down to nothing.

Boldrin and Levine prove fully equal to the challenge. Within their neoclassical framework, they find ample room for profit for both innovators and imitators:

Because copies of ideas are always limited … they always command a positive price. Nowhere is limited capacity more important than in a nascent industry. The first entrants earn large rents, over and above the opportunity cost of capital, for quite a while, until enough productive capacity is built up to push prices down toward marginal cost… Eventually the competitive process increases capacity and reduces competitive rents, but not to zero … to the extent that even the last entrant must build a costly plant, she will have to earn some rents … to pay for the cost of the plant. (pp. 132–33)

The authors acknowledge, though, that their argument does not cover all possible cases:

In contrast to shoe factories, even with minimal installed capacity, the copies of a book that can be made over an extremely short period of time may be so many as to essentially flood the market, dropping the price to near marginal cost almost immediately… The resultant difference between price and marginal cost may be so small that, when multiplied by the number of copies, it yields an insufficient rent. The rent is insufficient because, say, the book is very complicated, and it took a long time to complete … Most ideas are not divisible, and there are cases in which the cost required to come up with the first prototype of an idea is quite large compared to the size of the market for copies of the idea. (p. 135)

But these cases of indivisibility do not amount to much in practice.

We are not arguing [that] the case of large initial capacity and small market size cannot arise, just that it is far from being the only possible case… Is indivisibility a relevant practical problem? … [A]vailable evidence suggests that it is not. (p. 136).

For one thing, the "first-mover advantage" of the innovator generally offers ample opportunities for profit.

What if the objector persists? Even if innovators can gain profits without recourse to intellectual monopoly, can they not in at least some cases gain higher profits with legal protection of their discoveries? If so, perhaps the gains from such innovations would outweigh all the considerations the authors have amassed on the other side.

[A] number of scientific studies have attempted to examine whether introducing or strengthening patent protection leads to greater innovation by using data from post–Second World War advanced economies… The executive summary: these studies find weak or no evidence that strengthening patent regimes increases innovation. (p. 192)

The book is packed with arguments; I shall conclude with one I found especially telling:

Insofar as innovators have unique ideas, it may make sense to reward them with monopolies to make sure we get advantage of their unusual talents… As it happens, simultaneous discoveries tend to be the rule rather than the exception. (p. 202).

In addition to the sources our authors cite to back up this claim, Murray Rothbard also notes the importance of simultaneous discovery in Man, Economy, and State. The point was also a favorite of my old friend S. Colum Gilfillan, and his books from the 1930s, The Sociology of Invention and Inventing the Ship, lend strong support to the authors' case. All future work on intellectual property will have to take account of Against Intellectual Monopoly.