Passport to the Total State 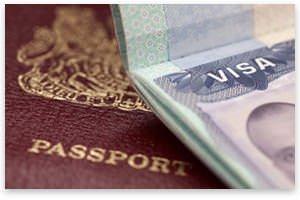 "Your papers!" In old movies, the demand is barked at trembling travelers by a Nazi with a guttural accent. If the demand is made in the opening scene, then the audience knows immediately that they watching a totalitarian state in which travelers are in danger.

"Your papers!" now rings out at every American airport and border crossing. The accent is different but travelers need to recognize with equal immediacy that a totalitarian state is playing out in front of their eyes, and they must be careful.

A passport is where the security theater begins. Indeed, without a passport those who wish to fly or cross a border are not "allowed" to be scanned, searched, interrogated, or undergo a plethora of other indignities imposed by uniformed thugs. The hoops through which passport carriers jump are all prelude to "permitting" them to exercise a right belonging to every freeborn person: the right to travel.

America and the world were not always this way. It is important to remember that there once was a world in which people traveled freely across borders without paperwork to visit families, pursue education, conduct business, and mingle. Freedom worked once. It enriched the world economically, culturally, and psychologically.

The modern "passport" is commonly defined as, "an official document issued by a government, certifying the holder's identity and citizenship and entitling them to travel under its protection to and from foreign countries." But are passport privileges to be conferred or denied by government, or are they mere conveniences that cannot be properly required for people to exercise the natural right to freedom of movement? Do they protect peaceful travelers or merely facilitate the state's grip on the flow of people and property?

The foregoing descriptions of passports have all been true at some point in history.

Travel papers date back to antiquity and were generally intended to protect the bearer as he passed through foreign territory. The King James Bible (Nehemiah 2:7) states,

I said unto the king, If it please the king, let letters be given me to the governors beyond the river, that they may convey me over till I come into Judah.

In some areas, the issuance of letters also served as social control. According to Wikipedia, "In the medieval Islamic Caliphate, a form of passport was used in the form of a bara'a, a receipt for taxes paid". Those in arrears could not travel even within the Caliphate.

Henry V (1386–1422) is credited with creating the first Western passport, which was "designed to help prove who you were if you travelled to a foreign land" and to facilitate entry into the many walled cities of Europe. Indeed, the word "passport" is thought to derive from passing through the "porte" (doorway) of such cities. Unlike most earlier letters, however, the ones issued by Henry V were a general identification and did not specify which locations the bearer could visit.

The passport as an official permission or protection, and not merely as identification, arose because of armed conflicts. In the 17th century, sea voyaging was key to trade, travel, and the maintenance of empire. With some frequency, war interrupted that flow. Therefore, neutral vessels were granted passports or "sea letters" from a port of departure, which permitted them to journey in safety. (This is an alternate but less accepted theory of the derivation of the word "passport.") Civil authorities also issued "safe conducts" to individuals; typically, the individual was a subject of one of the belligerents who needed to cross enemy territory. Many 17th-century treaties — e.g., the Treaty of the Pyrenees (1659), the commercial Treaty of Copenhagen (1670) — make prominent mention of safe conducts, the violation of which was punished as a serious offense against international law.

The American passport was also rooted in war, specifically the American Revolution (1775–1783). The first one was issued in 1783; based on the French "passport," it was designed and printed by Benjamin Franklin. It was a single page with a description of the bearer(s) and his or their signature(s). For example, when John Adams, Benjamin Franklin, and John Jay acted as ministers plenipotentiary in traveling to Great Britain to seal the terms of peace, all three names were on one passport. It was addressed "TO ALL Captains or Commanders of ships of war, privateers, or armed Vessels …"

During the Articles of Confederation period (1783–1789), passports were issued but not required. When the US Constitution was ratified, creating a new government, passports continued to be issued but not required. Many American states and cities also issued their own "voluntary" passports until 1856 when the Department of State exerted a federal monopoly, ostensibly to eliminate confusion.

Nevertheless, passports were not mandatory except for a period during the American Civil War (1861–1865) and during World War I (1914–1918). The latter can be seen as the beginning of the current American passport. On December 15, 1915, President Woodrow Wilson issued Executive Order No. 2285, "[r]equiring American citizens traveling abroad to procure passports" and advising the

Secretary of State, in co-operation with the Secretary of the Treasury, will make arrangements for the inspection of passports of all persons, American or foreign, leaving this country.

This was followed in 1918 by an act of Congress granting the president authority to require passports during time of war. Passports remained mandatory until early 1921.

Thereafter, the United States continued its "no-passport-required" travel policy until another war: World War II (1939–1945). In 1941, passports became mandatory for travel abroad and remain so to this day. (Travel to Canada used to be an exception; until recently, proof of citizenship was all that was required to cross the border.)

European nations pioneered many if not most aspects of the modern passport. In his review of the book The Invention of the Passport: Surveillance, Citizenship, and the State by John Torpey, Albrecht Funk (Department of Political Science, University of Pittsburgh) wrote,

He [Torpey] starts with the hectic endeavors in the French revolution to issue passports and identification papers that tried to secure the free movement of the citoyen on the one hand and, on the other hand, kept the movements of those who were perceived as enemies of the revolution, under surveillance, (aristocratic émigrés, insurrectionists of the Vendee, foreigners).

Here is the blatant use of passports to exert social control by refusing travel to "enemies of the state."

But Europe differed from America in a key manner: a landmass with many nations, it relied on the trade and the travel of skilled workers across borders. By the mid-19th century, mandatory passports had largely disappeared, with Czarist Russia and the Ottoman Empire being prominent exceptions. The change was largely due to three factors. First, governments were pressured to open up borders so that goods and services could flow across an increasingly industrialized Europe. Second, the period between the last Napoleonic War (1815) and World War I was unusually peaceful. Third, railroads now dominated travel. Their speed and the sheer number of travelers made traditional methods of checking documents impractical.

"Requiring a passport as the key to freedom of movement is akin to gagging someone while maintaining that he retains freedom of speech."

War brought them back to life. With World War I, European nations once more imposed requirements not only to identify "enemies of the state" (e.g., spies or the citizens of belligerents) but also to control the outward flow of skilled labor in order to maintain their own workforces. In short, passports once again became social controls and, like the United States, many European nations maintained their requirements after the War.

World War II made passports mandatory on a virtually worldwide basis. Although passport requirements loosened once more after the WWII, the war on terror in the wake of 9/11 has raised those requirements to unprecedented levels. The ebb and flow of passports is that of war itself.

Passports clearly function as an essential and effective means through which a state can control the person and property of its residents. Consider the United States. No one can legally leave without one.

And yet passports can be denied for a myriad of reasons that have nothing to do with being "an enemy of the state" but rest strictly on statutory grounds. Common reasons for denial include owing money to the IRS, a federal arrest, a state-criminal court order existing, a drug arrest, being on parole or probation. Law-enforcement databases are routinely checked against both passports and applications to weed out those who have committed such offenses as being more than $2,500 behind on child-support payments. Passports can also be revoked for several reasons, although revocation is far less common.

Those who meet the legal requirements for a passport move on to the next stage of social control. After handing over documents, a traveler is questioned about the reasons for travel, how much money he carries, his occupation, and virtually any other question a border agent wishes to ask. The traveler's person and property are "searched" in various ways, including a strip search at the agent's discretion. If the traveler questions or evinces disapproval, then he could be denied the "right" to board a plane, thus wasting an expensive ticket. Or he may be pulled aside for special treatment, including fines or interrogation by the police.

A question remains, however: do passports necessarily violate human rights? If passports are entirely voluntary and those who refuse them bear no punishment, then clearly they do not violate human rights. They are a useful form of identification that a businessman who needs to definitively identify himself to banks in several nations might welcome. It is the mandatory nature of any travel document that converts it into a violation of rights.

With the exception of trespassing on private property, people have an absolute right to travel in peace and at their own discretion. This right is an extension of self-ownership, which is the basis of libertarianism. Self-ownership means that all human beings, by virtue of being human, have a right to the full and peaceful control of their persons and property. Traveling is nothing more than an expression of that control not only over your body but also over your goods, which may require transport. Requiring a passport as the key to freedom of movement is akin to gagging someone while maintaining that he retains freedom of speech.

Denying a passport violates self-ownership in yet another manner: either every human being is a self-owner or none are. Forbidding travel to some creates an unequal society, which violates the very concept of self-ownership. It creates secondary citizens who can reclaim their status only by complying with state demands, such as the payment of child support. This sleight of hand converts a right into a state-granted privilege to be doled out to the obedient.

The passport has grown into what is arguably the single most powerful tool of totalitarian America, second only to law enforcement itself. It no longer pretends to protect individuals; not a single terrorist has been apprehended as a result of passport checks. But it does cement the totalitarian state. The mandatory passport should be reviled and rejected as an abuse of human rights and common decency. A nation that requires one cannot be free.