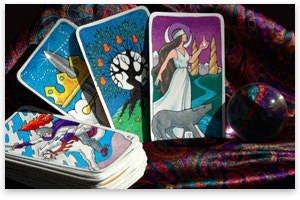 The pagan has a fatalistic outlook on life. He believes that the individual is helpless; that he is wholly at the mercy of relentless forces outside of himself; that there's nothing he can do to improve his lot.

The vast majority of people have always been pagans. Most of them are still pagans. The superstition is deep-seated. It had its beginning back in prehistoric times.

There were sun-gods, love-gods, gods of jealousy, gods of hatred, and gods of war. Whimsical and prankish gods looked after everything. All that man could do was to keep peace with them by making such sacrifices, human and otherwise, as were dictated by tribal custom.

In ancient times, the pagan gods and goddesses were known by various names — Zeus, Isis, Osiris, Eros, Jupiter, Juno, Apollo, Venus, Mercury, Diana, Neptune, Pluto, Mars. In modern times, they are given more modern names, but the underlying idea is the same.

From the pagan viewpoint, man is not self-controlling, not responsible for his own acts. The pagan universe is timeless, changeless, static. There is no such thing as progress. Any apparent change is merely a human illusion. Man is passive. His place is fixed. He has no freedom of will. His fate is decreed. If he tries to resist, his efforts will be futile.

The pagan belief is similar to that of a very young child. The newborn babe has not yet learned how to control himself. He must be spanked before he can even breathe, and for a long time he will kick himself in the eye when he tries to taste his toes. He cannot get food; he is fed. He is uncomfortable, and he is turned over. Warmth, comfort, cleanliness — all are given to him by some power outside himself, enormously stronger than he. This power controls the conditions of his life, but it does not control him. Did you ever try to stop a baby's squalling when he merely wanted to squall?

If babies were able to think and speak, no doubt any baby — all babies — would contend that some great power controls the lives of babies. But babies grow up, and in time the normal baby becomes a self-controlling human being. Yet, throughout all history, down to and including modern times, few adult persons have ever discovered that they are really free.

Most human beings cling to the ancient superstition that they are not self-controlling and not responsible for their own acts. For thousands of years, the majority has always believed that men are passive objects controlled by some superhuman or superindividual authority — and for thousands of years, people have gone hungry.

One of the oldest, if not the oldest, form of pagan worship is based on the idea that human destiny is controlled by the over-all will-of-the-tribe, rather than by the initiative and free will of the individual persons who make up the tribe. It is true that human beings must exchange mutual aid with each other on this inhospitable and dangerous planet. Perhaps from a dim sense of this natural kinship — the brotherhood of man — savages in prehistoric times came to believe that they were governed by the spirit of Demos, a superindividual will of the "mass," endowed with omnipotent power and authority.

The welfare of this mystic being is called "the common good," which is supposed to be more important than the good of the individual — just as the health of a human body is more important than the life of any cell in it. It is in this concept that we find the origin of human sacrifice to the pagan gods. No one hesitates to destroy the cells of the hair on his head nor of the nails on his fingers or toes. They are not important in themselves. Their only value is their use to the body as a whole. Thus, for that "common good" they are sacrificed without a moment's thought or pity.

It was precisely in that spirit that the ancient Aztec priest thrust a knife into the human victim on the altar and, with holy incantations, tore out the bleeding heart. In that same spirit, the Cretans sacrificed their loveliest daughters to the Minoan bull, and the Carthaginians burned their living babies to placate the great god, Moloch.

Some insects actually do seem to be controlled by an authority outside themselves. The honeybee, for example, appears to be wholly lacking in self-faith and individual initiative. A will-of-the-swarm seems to control it. The bee's life is exhausted in selfless, changeless toil for the common good. The swarm itself seems to be the living creature. If the queen is taken away, a hundred thousand bees die, just as a headless body dies.

The collectivists, ancient and modern, contend that human society should be set up like the beehive. In a way, it is an appealing concept — at least to the theorists, including the majority of professional writers. It is much simpler to assume that human beings "stay put" or that there should be some overriding authority that would make them stay put. But to think that way is to think like a bee — if a bee really thinks.

The plain fact of the matter is that human beings, with their hopes and aspirations and the faculty for reasoning, are very different from bees. Man combines conscious curiosity with the lessons of experience and, when permitted to do so, makes the combination pay continuous dividends. In contrast to the lower animals, he includes himself and his social affairs within the scope of his curiosity.

Bees, down through the ages, continue to act like automatons and keep on building the same little cells of wax. But human society is made up of unpredictable relationships between individual persons. It is boy meeting girl, Mrs. Jones telephoning Mrs. Smith, Robinson buying a cigar, the motorist stopping for gas, the minister making his round of calls, the postman delivering mail, the lobbyist tipping the bellboy and meeting a congressman, the school child bargaining for bubble gum, the dentist saying, "Wider, please!" Society is the innumerable relationships of persons in their infinite variety in space and in time.

The Purpose of Society

And what is the one constant element in all these relationships? Why does one person want to meet another person? What is the human purpose in society?

It is to exchange one good for another good more desired. Putting it on a personal basis, it is a matter of benefiting yourself by getting something you desire from another person who, at the same time, benefits himself by getting something that he desires from you. The object of such contacts is the peaceful exchange of benefits, mutual aid, co-operation — for each person's gain. The incalculable sum of all these meetings is human society, which is simply all the individual human actions that express the brotherhood of man.

To discuss the welfare and responsibilities of society as an abstract whole, as if it were like a bee swarm, is an oversimplification and a fantasy. The real human world is made by persons, not by societies. The only human development is the self-development of the individual person. There is no shortcut!

But even today, many civilized persons — nice people, cultured, gentle, and kind, our friends and our neighbors, almost all of us at some time or another — have harbored the pagan belief that the sacrifice of the individual person serves a higher good. The superstition lingers in the false ideal of selflessness — which emphasizes conformity to the will-of-the-mass — as against the Christian virtues of self-reliance, self-improvement, self-faith, self-respect, self-discipline, and a recognition of one's duties as well as one's rights.

Such thinking is promoted under the banner of social reform, but it gives rise to the tyrants of "do-goodism" — the führers, the dictators, the overlords — who slaughter their own subjects, the very people who look to them for the more abundant life and for protection against harm.

Today such killings are called "liquidation," "blood purge," "social engineering"; but they are defended on the basis of pagan barbarism — a sacrifice of the individual under the alibi of what is claimed to be the "common good."

The Humanitarian with the Guillotine

In her discerning book, The God of the Machine, Isabel Paterson draws important distinctions between Christian kindliness directed toward the relief of distress, and the misguided efforts of those who would make it a vehicle for self-aggrandizement.

She points out that most of the major ills of the world have been caused by well-meaning people who ignored the principle of individual freedom, except as applied to themselves, and who were obsessed with fanatical zeal to improve the lot of mankind-in-the-mass through some pet formula of their own. "It is at this point," she says, "that the humanitarian sets up the guillotine."[1]

Although prompted by good intentions, such a program is usually the outgrowth of egomania fanned by self-hypnotism. As stated before, it is based on this idea: "I am right. Those who disagree are wrong. If they can't be forced into line, they must be destroyed."

Egoism, a natural human trait, is constructive when kept within bounds. But it is highly presumptuous of any mortal man to assume that he is endowed with such fantastic ability that he can run the affairs of all his fellowmen better than they, as individuals, can run their own personal affairs.

As Miss Paterson observes, the harm done by ordinary criminals, murderers, gangsters, and thieves is negligible in comparison with the agony inflicted upon human beings by the professional "do-gooders," who attempt to set themselves up as gods on earth and who would ruthlessly force their views on all others — with the abiding assurance that the end justifies the means.

But it is a mistake to assume that the do-gooders are insincere. The danger lies in the fact that their faith is just as devout and just as ardent as that of the ancient Aztec priest.

This article is excerpted from The Mainspring of Human Progress (1943), chapter 4, "The Pagan View".

[1] The direct quotations and specific references used in this book are numbered consecutively and the sources are listed on page 266.

Henry Grady Weaver (1889–1949) worked as a mechanic, salesman, and draftsman before becoming director of customer research for General Motors. It was for that work that he was placed on the cover of the November 14, 1938 issue of Time magazine. He is best known for his work The Mainspring of Human Progress.