GET NEWS AND ARTICLES IN YOUR INBOXPrint
A
A
Home | Mises Library | The Ozone Scare: A Retrospective

The Ozone Scare: A Retrospective 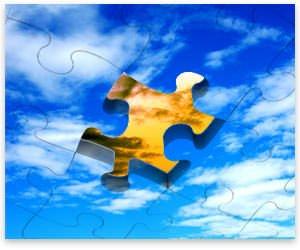 Remember when the thinning of the ozone layer was going to cause us all to die of malignant melanoma, just a few years ago? The ozone scare seems to have dropped off the radar entirely.

As you might remember, chlorofluorocarbons (CFCs) were the evil du jour, playing the same role carbon dioxide (CO2) plays today in the global-warming scare. Environmentalists claimed that CFCs would somehow travel 40 miles up above the surface of the earth, despite the fact that CFCs are about five times heavier than air. A common case of floating bricks, no doubt.

By banning CFCs in 1989, the 196 countries who signed the Montreal Protocol on Substances that Deplete the Ozone Layer lost a cheap, safe, nontoxic, chemically inert, noncorrosive, and nonflammable source of refrigerants, propellants, and fire-control-system components.

As with most regulations, the CFC ban hit the poor with a vengeance. Millions of perfectly functioning refrigerators could no longer be recharged with Freon, so everyone was forced to purchase new CFC-free appliances. This, of course, was especially difficult for those with low incomes.

Another group that still suffers greatly are asthma patients. The substitutes for CFC inhalers are the HFA (hydro-fluoroalkane) inhalers, which many doctors report to be of marginal effectiveness compared to the CFC version, which provided faster and longer-lasting relief from the agony of suffocation. Many patients have found that, whereas one puff used to be sufficient to reopen the airways, the new product requires two or even three puffs to work. This raises the cost of the medication due to the increased dosage. And to add insult to injury, because of their recent introduction, HFA inhalers are protected by patent law, whereas CFC inhalers were already generic. Prices per inhaler have increased from the $5–$25 range to the $30–$60 range in the United States.

Needless to say, taxpayers are still funding research into this bogus field, and the CFC ban is still alive and well. As always, regulations and funding are very easily put in place — especially when the public is manipulated with scare tactics — but they are very hard to roll back; in fact, regulations are hardly ever repealed, and the institutions in charge of enforcing them are only occasionally dismantled.

It is important to recognize the behavioral pattern of governments, NGOs, and scientists by looking at similar scares, such as acid rain, Y2K, mad-cow disease, H1N1, and now climate change and terrorism. Fear and guilt are the usual tools used to rob citizens of their liberty and money. These scares foster the centralized masterminding of our choices and allow ever-greater transfers of power and wealth toward the government.

Environmental scares are particularly effective because they combine the fear and the guilt effects. Such "man-against-nature" scenarios will provide endless possibilities for loss of liberty unless power is taken away from governments altogether.

Unless we realize that man and nature are one and the same, there will be no degree of underdevelopment low enough for the ecofanatics: the so-called philosopher poet of the ecological movement, Derrick Jensen, wrote that "civilization is not and can never be sustainable." We should not underestimate this type of statement, especially coming from a man like Jensen, who has a wide audience and has repeatedly defended the use of militant violence to achieve environmental goals. We must be wary, not so much because of the possibility of Jensen's own violent actions, but because of government's talent for harvesting such ideas and using them to its advantage.

Watch for a new scare just as the climate-change myth loses steam and the population grows weary of antiterrorism.