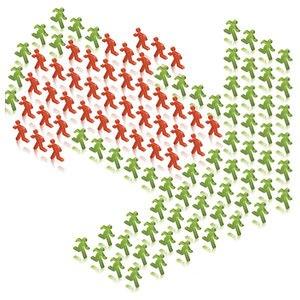 In the 20th century, the advocates of free-market economics almost invariably pin the blame for government intervention solely on erroneous ideas — that is, on incorrect ideas about which policies will advance the public weal. To most of these writers, any such concept as "ruling class" sounds impossibly Marxist. In short, what they are really saying is that there are no irreconcilable conflicts of class or group interest in human history, that everyone's interests are always compatible, and that therefore any political clashes can only stem from misapprehensions of this common interest.

In "The Clash of Group Interests," Ludwig von Mises, the outstanding champion of the free market in this century, avoids the naïve trap embraced by so many of his colleagues. Instead, Mises sets forth a highly sophisticated and libertarian theory of classes and of class conflict by distinguishing sharply between the free market and government intervention.

It is true that on the free market there are no clashes of class or group interest; all participants benefit from the market and therefore all their interests are in harmony.

But the matter changes drastically, Mises points out, when we move to the intervention of government. For that very intervention necessarily creates conflict between those classes of people who are benefited or privileged by the State and those who are burdened by it. These conflicting classes created by State intervention Mises calls castes. As Mises states,

Thus there prevails a solidarity of interests among all caste members and a conflict of interests among the various castes. Each privileged caste aims at the attainment of new privileges and at the preservation of old ones. Each underprivileged caste aims at the abolition of its disqualifications. Within a caste society there is an irreconcilable antagonism between the interests of the various castes.

In this profound analysis Mises harkens back to the original libertarian theory of class analysis, originated by Charles Comte and Charles Dunoyer, leaders of French laissez-faire liberalism in the early 19th century.

"We have to abandon the cozy view that all of us, we and our privileged rulers alike, are in a continuing harmony of interest."

But Mises has a grave problem; as a utilitarian, indeed as someone who equates utilitarianism with economics and with the free market, he has to be able to convince everyone, even those whom he concedes are the ruling castes, that they would be better off in a free market and a free society, and that they too should agitate for this end. He attempts to do this by setting up a dichotomy between "short-run" and "long-run" interests, the latter being termed "the rightly understood" interests. Even the short-run beneficiaries of statism, Mises asserts, will lose in the long run. As Mises puts it,

In the short run an individual or a group may profit from violating the interests of other groups or individuals. But in the long run, in indulging in such actions, they damage their own selfish interests no less than those of the people they have injured. The sacrifice that a man or a group makes in renouncing some short-run gains, lest they endanger the peaceful operation of the apparatus of social cooperation, is merely temporary. It amounts to an abandonment of a small immediate profit for the sake of incomparably greater advantages in the long run.

The great problem here is: why should people always consult their long-run, as contrasted to their short-run, interests? Why is the long run the "right understanding"? Ludwig von Mises, more than any economist of his day, has brought to the discipline the realization of the great and abiding importance of time preference in human action: the preference of achieving a given satisfaction now rather than later. In short, everyone prefers the shorter to the longer run, some to different degrees than others.

How can Mises, as a utilitarian, say that a lower time preference for the present is "better" than a higher? In brief, some moral doctrine beyond utilitarianism is necessary to assert that people should consult their long-run over their short-run interests. This consideration becomes even more important when we consider those cases where government intervention confers great, not "small," gains on the privileged, and where retribution does not arrive for a very long time, so that the "temporary" in the above quote is a long time indeed.

Mises, in "The Clash of Group Interests," tries to dismiss war between nations and nationalisms as senseless, at least in the long run. But he does not come to grips with the problem of national boundaries; since the essence of the nation-State is that it has a monopoly of force over a given territorial area, there is ineluctably a conflict of interest between States and their rulers over the size of their territories, the size of the areas over which their dominion is exercised.

While in the free market, each man's gain is another man's gain, one State's gain in territory is necessarily another State's loss, and so the conflicts of interest over boundaries are irreconcilable — even though they are less important the fewer the government interventions in society.

Mises's notable theory of classes has been curiously neglected by most of his followers. By bringing it back into prominence, we have to abandon the cozy view that all of us, we and our privileged rulers alike, are in a continuing harmony of interest. By amending Mises's theory to account for time preference and other problems in his "rightly understood" analysis, we conclude with the still less cozy view that the interests of the State-privileged and of the rest of society are at loggerheads — and further, that only moral principles beyond utilitarianism can ultimately settle the dispute between them.

This article is excerpted from Rothbard's 1978 preface to Ludwig von Mises's The Clash of Group Interests and Other Essays (newly republished by the Ludwig von Mises Institute in 2011).