The Origins of American Vote Fraud 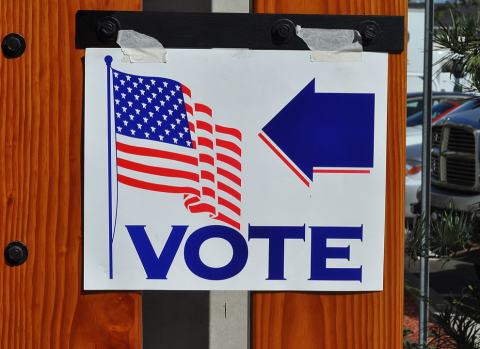 Ever since Mayor Daley of Chicago "found" tens of thousands of dead people to "vote" for John F. Kennedy in the 1960 election, many Americans have suspected the Democratic Party’s urban political machines to be awash in voter fraud. That suspicion has not been diminished by the actions of the mayor’s son William, Al Gore’s campaign chairman and the man in charge of the vote "recount" taking place in Florida.

As notorious as the Democrat political machines are, the origins of vote fraud in America lie in the party of Lincoln. The massive vote fraud that took place during the War between the States and for the ensuing twelve years of "Reconstruction" provides an abject lesson in tyranny that has ominous implications for American taxpayers.

There are news reports that during the 2000 presidential election cycle many absentee ballots never made it to military personnel overseas, while 40 percent of those that were returned to the state of Florida were thrown out because of minor technicalities (like absence of a postage stamp). During the War between the States Lincoln was known to instruct his military commanders to furlough registered Republicans while keeping Democrats (and any others) in the field, where they could not vote. In border states like Maryland, where there was powerful opposition to the war, federal soldiers flooded the cities on election days and were instructed to vote, even though they were not residents of those states.

Federal soldiers also intimidated voters into voting Republican by menacing them at the polls. As Lincoln biographer David Donald has written, "Under the protection of Federal bayonets, New York went Republican by seven thousand votes" in 1864.

The Republican Congress even created three new states—Kansas, West Virginia, and Nevada—to help rig the 1864 election in favor of Lincoln, so concerned were they over pervasive antiwar sentiment and massive desertions from the federal army.

During "Reconstruction" (1865–1877) the Republican Party held a monopoly of power that was so complete, historian Richard Bensel observed in Yankee Leviathan, that the closest parallels to that situation are "the PRI in Mexico, the Congress Party in India, and the Bolsheviks in the early years of the Soviet Union."

One reason the Republican Party was able to hold on to this monopolistic power is that it blackmailed the ten Southern states that opposed the Fourteenth Amendment (Tennessee voted in favor of it) into passing the amendment by denying them congressional representation until they acquiesced. In doing so the Northern states effectively seceded from the Union, a union which Lincoln never recognized as having been broken.

Almost all Southern males were disenfranchised, while virtually all of the male ex-slaves were registered to vote (Republican). No Southern male could vote who participated in the war effort in any way, including contributing food or clothing to the Confederate army. Voter registration required one to publicly proclaim that one was on the side of the federal armies during the war, something that no sane Southerner who valued his life would do.

The result was that by 1868, ten of the fourteen Southern US senators, twenty of the thirty-five representatives, and four of the seven elected governors were Northern Republicans who had never met any of their constituents until after the war. Any local officials who did not strictly obey Republican Party dictates were purged from office by the military and replaced with Republican Party hacks who were supported by the occupation forces of the US military.

With a political monopoly gained through voter fraud and military force, the Republican Party plundered the South for over a decade. Since property owners were disenfranchised, the puppet governments were able to enact tax increase after tax increase, ostensibly to build railroads, canals, and roads, very few of which were actually built. Most of the money was simply stolen by Republican Party hacks and the scheming businessmen who supported them. The Republican Party began as the party of corporate welfare and has changed very little in the past 150 years.

Even though the South was economically devastated, the Republican Party imposed onerous property taxes that allowed party "officials" to step in and confiscate the property for unpaid taxes. At one point 20 percent of the entire state of Mississippi was for sale. By 1872 property taxes in the South were four times higher than they were in 1860. They were thirty times higher in South Carolina, where the secession movement began. Much of this money was stolen by tax collectors and never made it into state treasuries.

A punitive five cents-per-pound federal tax was also placed on cotton, which forced many Southern farmers to sell out to government tax authorities. Treasury agents confiscated most of this revenue for their own bank accounts according to a report by Sherrard Clemens, an investigator hired by President Andrew Johnson, as described in The Documentary History of Reconstruction.

The lesson to be learned from these historical incidents is that any political party that is brazen enough to steal a presidential election through voter fraud is also likely to be brazen (and powerful) enough to plunder the citizens under its rule, endanger their lives, and treat them like serfs.