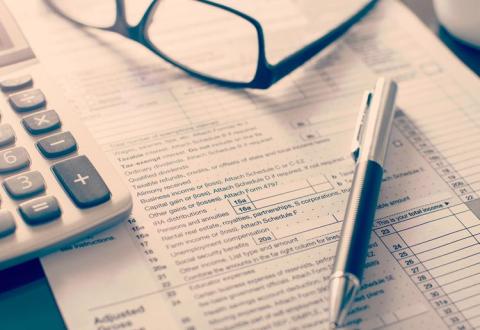 "The freedoms won by Americans in 1776 were lost in the revolution of 1913," wrote Frank Chodorov. Indeed, a man's home used to be his castle. The income tax, however, gave the government the keys to every door and the sole right to change the locks.

Today the American people are no longer the master and the government has ceased to be the servant. How could this be? The Revolution fought in the name of the inherent natural rights to life, liberty and the pursuit of happiness promised to enthrone the gains of individualism. Instead, federal taxation bribes the States and individuals to serve the interests of ever-greater submission to the centralized will.

How did tax slavery come to the land of the free?

The first proposal to impose an income tax on America occurred during the War of 1812. After two years of war, the federal government had accumulated a then-staggering $100 million of debt. To fund the war against Britain, the government doubled the rates of its major source of revenue, customs duties on imports, which obstructed trade and ended up yielding less revenue than the previous lower rates. At the height of the war, excise taxes were imposed on goods and commodities, and housing, slaves and land were taxed. After the war ended in 1816, these taxes were repealed and instead a high tariff was passed to retire the accumulated war debt. Thankfully, the notion of an income tax was defeated.

However, the malevolent spirit of the income tax reappeared as a measure to fund the Union armies in the war to prevent the secession of the Confederacy. The war was expensive, costing on average $1,750,000 a day.1 Struggling to meet this expenditure, the Republican Congress borrowed heavily, doubled tariff rates (the Morrill Tariff initially provoked the Deep South to secede), sold off public lands, imposed a maze of licensing fees, increased old excise tax rates and created new excise taxes. But none of this was enough.

In July 1861, the Congress passed a 3% tax on all net income above $600 a year (about $10,000 today). However, no revenue was ever raised because a second tax passed before the first was due (on June 30, 1862). The war's demand on resources made the earlier tax ineffective, and the sale of bonds could not keep up with the expenditures of the administration and the armies. In March, the Congress passed an income tax of 3% on annual incomes of $600 to $10,000 and 5% on incomes from $10,000 to $50,000 and threw in a small inheritance tax too. Lincoln signed the bill on July 1, 1862 to take effect a month later. The Union debt then stood at $505 million. 2 This tax also included the first appearance of withholding and was applied to federal salaries and on interest and dividends.3

In 1863, Congress then passed a special 5% tax on incomes above $600 to pay for an army recruitment program that would pay men $2 per recruit and pay recruit's their first month's pay in advance.4

And for the first time, with the changes, Americans now had to swear to the veracity of their tax returns, and government assessors could now challenge a return. The penalty for not filing a tax return was likewise doubled to 10%.5

At first, the income tax raised comparatively little revenue in relation to the war's demand for it. Harvesting only $2.7 million in 1862–1863, by the next year, the tax pulled in $20.2 million. And believing that many large-income earners were eluding the taxman, Congress raised the rate on incomes over $5,000 to 10% and gave the assessors the power to estimate income and increased the penalties for noncompliance, from fines of 25% to double that for filing fraudulent returns. By 1866, 30% of federal revenues derived from the income tax totaling $73 million, and derived primarily from just three states, New York, Pennsylvania and Massachusetts.

In a move to increase compliance and the veracity of returns, the government even made tax returns available to the press. This practice was outlawed in 1870.6

The Confederacy also experimented with a progressive income tax, eventually imposing a tax in kind that further destroyed the already ruptured and blockaded economy of the South.7

After the war ended, the income tax continued on to pay the government's gigantic debt, but resistance was building. In 1867, progressing rates were replaced with a flat tax of 5% on all incomes above $1000 a year. However, the penalty for failure to file was raised to 50% and the payment date was moved from June 30 to April 30.8

This income tax expired in 1870 and was replaced with a 2.5% tax on incomes above $2,000. Finally, when that law expired in 1872, the United States was again without an income tax.

In the post-war years, a booming economy produced tariff surpluses for decades, but this didn't deter many attempts to reintroduce an income tax, with members of Congress introducing sixty-eight bills to do so between 1874 and 1894.

Amid the panic of 1893, an amendment was passed establishing a 2% tax on all incomes above $4,000 a year (about $50,000 today), but exempted the salaries of state and local officials, federal judges, and the president.

Democratic Senator David Hill of New York lamented, "It may be impracticable that our distinctively American experiment of individual freedom should go on."9

President Cleveland opposed the income tax, but let it become law without his signature, believing it to be unconstitutional. In 1895, the Supreme Court ruled 5–4 against the income tax, saying that its provisions amounted to a direct tax, which was prohibited by the U.S. Constitution.10

Article I, Section 8 and 9 declares that direct taxes must be apportioned amongst the states according to the census. The Sixteenth Amendment was designed to get around this problem.

Aside from an attempt to float an income tax to pay for the Spanish-American war, the income tax largely disappeared as a major issue. Nonetheless, the Democratic Party, turning its back on its Jeffersonian heritage, endorsed a constitutional income tax amendment in their party platforms of 1896 and 1908.11

In 1908 Theodore Roosevelt endorsed both an income tax and an inheritance tax, becoming the first President of the United States to openly propose that the political power of government be used to redistribute wealth.

Meanwhile, factions within the Congress cobbled together a compromise amendment and in 1909, President Taft, known to be favorable to an income tax, if not necessarily an amendment, stated that although ratification may be difficult, he had "become convinced that a great majority of the people of this country are in favor of vesting the National Government with power to levy an income tax."12

That same year, the income tax amendment passed overwhelmingly in the Congress and was sent off to the states. The last state ratified the amendment on February 13, 1913. The Springfield Republican reported "The Sixteenth Amendment owes its existence mainly to the West and South, where individual incomes of $5,000 or over are comparatively few."13

Richard E. Byrd, speaker of the Virginia House of Delegates, predicted, "a hand from Washington will be stretched out and placed upon every man's business. . . . Heavy fines imposed by distant and unfamiliar tribunals will constantly menace the taxpayer. An army of Federal officials, spies and detectives will descend upon the state. . . ."14 Pandora had opened the box.

The presidential election of 1912 was contested between three advocates of an income tax. The winner, Woodrow Wilson, after the ratification of the Sixteenth Amendment, called a special session of Congress in April 1913, which proceeded to pass an income tax of 1% on incomes above $3,000 and applied surcharges between 2% and 7% on income from $20,000 to $500,000. A few years later the Supreme Court kissed and blessed progressivity.

The income tax returned as the product of an unholy combine between statist intellectuals with visions of state-sponsored utopias, envious demagogues and the desire by established, wealthy interests to prevent any competition to their place and to offload business costs to an expanding regulatory welfare state.15

In 1943, the government began withholding taxes on the advice of Milton Friedman.20 After the war ended, this method of stealth taxation (and tax increases) continued.

Not until 1964 were the top rates lowered, down to 77%. In 1982, the top rate was lowered to 50% and by the late eighties the rate had been lowered to 28%.21 But rates were raised again to 31% under George H.W. Bush, and again in 1993 to 39.6% under Clinton. George W. Bush apparently holds as an unshakeable principle that no American should be taxed more than a third of his income by the federal government. John Kerry, should he become president, appears likely to suggest the rates be raised back to the Clinton level.

The income tax lived up to its nature during World War II, devouring American wealth and liberties like a swarm of locusts, where it became the nearly universal tax we know today. In 1940, fewer than fifteen million tax returns were filed. Just ten years later in 1950, the number would be fifty-three million. In 1939 the income tax raised $1 billion. 16 years later it would raise $19 billion.22 The state had found its most fertile harvests—middle class and working-class taxpayers. As Chief Justice John Marshall remarked, truly "the power to tax involves the power to destroy."

The great critic of the income tax, Frank Chodorov wrote "Whichever way you turn this amendment, you come up with the fact that it gives the government a prior lien on all the property produced by its subjects."24 The United States government "unashamedly proclaims the doctrine of collectivized wealth....That which is foes not take is a concession."25

It was with great honestly that Frank Chodorov lamented, "America is no longer America of the Declaration of Independence."26