Obamacare is a Devastating Tax on the Working Class 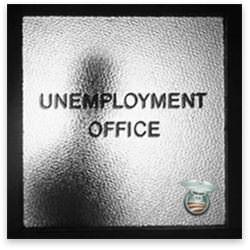 Given the recent announcement that the government's measure of unemployment has hit 10.2 percent, and given that the official House version of Obama's healthcare plan, HR 3962, has now passed, a close examination of the effects of "Obamacare" on the labor market is important. It will be no surprise to readers of this site to learn that the Democrats' bill will seriously harm precisely those poor and uninsured citizens it is ostensibly designed to help. The harm will come by compounding mass unemployment and depriving these citizens of consumption choices.

According to pages 269–273 of the gargantuan bill,

employers of full-time workers will be required to cover at least 72.5 percent of the premium of the least expensive health-insurance plan available that fulfills the bill's minimum criteria of "acceptable coverage." In cases in which family coverage is provided, 62.5 percent of the premium is to be borne by the employer. Depending on the specific plan and other variables such as location, this amounts to a direct labor tax of approximately $300 per month for an individual, or nearly $700 for family coverage.

The implication of this increased cost is that workers whose revenue productivity is less than $300 per month higher than their wages will be laid off, or have their hours cut to the level that will classify them as part-time. Ignoring established labor law, the bill leaves the definition of part-time and full-time to the discretion of the Commissioner of Obama's massive new health bureaucracy. The lower the new "Health Choices Commissioner" sets the threshold in an attempt to maximize the number of people receiving the employer contribution, the more hours of production employers will have to shave off to push their employees under the threshold, and the less those workers will take home in wages each week.

Unfortunately, the bill also requires employers to cover a (smaller) percentage of the premium of the same minimum plan for part-time workers. The effects here are even worse than above, because they weaken the ability of an employer to escape the labor tax by employing his workers for fewer hours. Instead, with a labor tax on part-time workers as well, some low-productivity workers who are currently only working a few hours per week will be forced out of work entirely.

The Burden of Obamacare

We can say, as a mathematical certainty, that this labor tax is a regressive tax. Because the tax is defined as 72.5 percent of the same premium for all workers, that absolute tax will fall more heavily on workers for whom the tax represents a higher percentage of their wages or salary.

To understand this better, we will apply a $300 monthly labor tax to the differences between wages and revenue production for two different workers. If we make the simplifying assumption that a laborer is paid 99 percent of his revenue productivity, we can see that the absolute difference between productivity and wages is larger for high-income workers.

For example, a worker producing $50,000 of revenue per month will be paid $49,500 over the same period, delivering $500 in profit to his employer. A worker producing $10,000 in revenue monthly, meanwhile, will receive $9900, for a difference of only $100. Despite the differences in their absolute return, in a free economy, both laborers are profitable hires and thus employed.

If they do not wish to be laid off or cut to part-time, these low-productivity workers will accept a lower salary to keep their position and work schedule. Thus, the worker who produces $10,000 monthly will offer to accept a salary of $9700 or less to save himself from a complete loss of employment or cut to part-time. These workers will offer to shift the cost directly onto themselves rather than burdening the employer with it, which would result in their unemployment.

Predictably, though, the Democrats fully intend to "protect" workers from the choice to save their jobs by working for less. Page 273 of the bill stipulates that any amount pledged for the minimum-health-insurance plan that corresponds to a fall in salary or wage will not be considered a contribution at all. Page 310 establishes a $100 per day, per case fine for any privately negotiated fall in wages. Thus, salaries will be locked in at current rates, with any cuts being considered an attempt to subvert the labor tax, and thus being subject to financial penalties.

In reality, this clause is no favor to workers, and instead acts as a wage floor to ensure that the unemployment effect will be immitigable and widespread. Because any drop in wages during the months following the bill's enactment would be considered a violation of the employer-contribution mandate and therefore would carry heavy fines, literally all wages will be prevented from falling below their current levels.

In a dynamic market — that is, any market in which people are free to change their minds — different workers' wages must rise and fall every day to accommodate changing consumer preferences. To prevent this process from taking place is to prevent the structure of production from being corrected.

These wage floors will also hasten the decline of industries that are less valuable to consumers than they were at an earlier time, but that may still be a productive use of resources at a lower price. Businesses in these industries will be unable to legally cut their labor costs to lower their prices and satisfy consumers who are less eager to buy their goods. Without this option, such firms will need to either lay off part of their labor force, or simply go out of business entirely.

It is equally important to consider the other end of the production chain, which is to say the actual output of goods and services. By destroying the demand for marginally productive labor, Obamacare's labor tax will necessarily destroy that labor's end product, which is of course marginally-valued goods and services. Thus, it is rational to expect fewer late-night fast food options, less-cleanly hotel rooms, fewer sales associates at retail outlets, and the like.

While these effects may not be as easily visible as a plant closure, they are real losses of consumable utility. Free-market firms produce convenience and extra quality until the point at which it is no longer profitable to do so. Destroying the production of these goods and services would destroy the niceties that capital accumulation and progress allow Americans to take for granted. 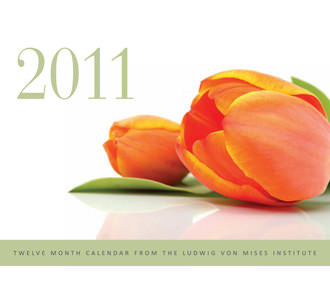 The effect of Obamacare on the prices of produced goods is obviously inflationary. Increasing the cost of employing every single laborer by $300 a piece is certain to increase the price of all produced goods. Combining price increases with rising unemployment is hardly a laudable strategy for improving the lives of poor citizens.

The historic passage of HR 3962 by the House of Representatives is not an event to be celebrated. Obamacare will exacerbate the nation's rising unemployment and will prevent wages from fluctuating according to market demand. Just as with other sectors, a supposedly beneficial social policy hurts the poorest and least-able citizens the most.