GET NEWS AND ARTICLES IN YOUR INBOXPrint
A
A
Home | Mises Library | Nothing Measured, Everything Gained

Nothing Measured, Everything Gained 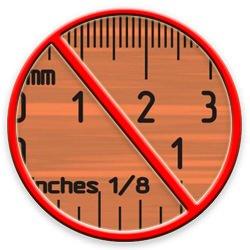 One hundred and sixty years ago, historian Thomas Carlyle educed "the dismal science" epithet to describe economics. How ironically appropriate, considering how thoroughly dismal Carlyle was.[1]

But that doesn't mean Carlyle's pithy observation lacks truth. Economics can be a dismal science, and never more so than when practiced under the aegis of macroeconomics, which Merriam-Webster defines as "a study of economics in terms of whole systems especially with reference to general levels of output and income and to the interrelations among sectors of the economy."

The aggregate economy involves so many interrelations, permutations, combinations, interpolations, extrapolations, and other "ations" of inputs and outputs and wants and desires that arriving at a meaningful measure of an entire system or a general level of anything is as likely as Hollywood accurately depicting an entrepreneur.

Nevertheless, that irritating fact fails to deter the prescribing economists from prescribing. Perhaps it is hubris that overrides their intellectual sense of the possible. Peter Klein suggests as much in his November 2006 Mises Daily posting, "Why Intellectuals Still Support Socialism," when he refers to Dwight Lee's cogent observation on the academic propensity to pry and provoke. Says Lee,

Like every other group, academics like to exert influence and feel important. Few scholars in the social sciences and humanities are content just to observe, describe, and explain society; most want to improve society and are naive enough to believe that they could do so if only they had sufficient influence. The existence of a huge government offers academics the real possibility of living out their reformist fantasies.[2]

The government is huge, to be sure, and alluring. Klein also reveals, in the same posting, a couple enlightening numbers on economists and their relationship with government:

The US federal government employs at least 3,000 economists — about 15% of all members of the American Economic Association. The Federal Reserve System itself employs several hundred. There are also advisory posts, affiliations with important government agencies, memberships of federally appointed commissions, and other career-enhancing activities.

The process can get minutely granular. On December 1, 2009, Bloomberg.com posted a hagiography on the Director of the Office of Management and Budget, Peter Orszag, providing an insightful example of a prescriptive macro-economist in action at a mini-me macro level:

Orszag put behavioral economics to work at the OMB. In October, he dipped into his own bank account to buy pedometers, betting that measuring steps could improve physical fitness on the cheap. The almost 300 staffers who took the challenge walked 26,000 miles during the inaugural month.

And therefore what? Bloomberg fails to mention that if Orszag had gathered information on miles walked in the previous months, at least, then the 26,000 could have a modicum of meaning. Bloomberg also failed to say whether Orszag calculated BMI on each pedometer recipient to produce a group-average BMI. Did he simply eyeball the joint and notice most were fat?

Not that it matters — delving into the perceived problem would have been a dismal waste of time anyway. It's impossible to capture all the individual motives that produce an overweight, underweight, or fit society, even in such a small sample. To produce a one-size-fits-all remedy — in this case, pedometers — for a meaningless average of inchoate data is an even greater waste of time. Orszag is putatively a brilliant economist, and yet I would bet Segways to pedometers he wasted roughly $3,000 (a low-end pedometer costs around $10 on Amazon.com) on his prescription.

Now imagine many putatively "brilliant" economists, all inflated with a similar I-know-best arrogance, inspecting an array of gross statistics to arrive at similar feckless prescriptions. One can only imagine the unintended consequences.

Actually, one need not imagine, if one has a sufficient short-term memory to remember the grossly misnamed stimulus package — an $800-billion, decidedly nonstimulative political-kickback fund to sundry government entities covering the country.

Take even a greater heap of inchoate macro statistics, apply it to an economy the size of the United Kingdom's, and you get US-government-sponsored healthcare reform. If Orszag's personal foray into healthcare was a surefire loser, as I suspect it was, one can only imagine how the government's foray into national healthcare will end.

This concept of economists taking an end number and then gavaging everyone with an impotent elixir can be traced back to 1932, when the Commerce Department hired economist Simon Kuznets to produce an end measure of the economy. Kuznets's passion was collecting and organizing the national-income accounts of the United States. On that front, Kuznets helped the Commerce Department standardize the measurement of gross national product (GNP, yesterday's GDP), but even he seemed to vacillate on whether he was truly performing God's work. In fact, he disapproved of using GNP as a general indicator of national welfare:

The welfare of a nation can, therefore, scarcely be inferred from a measurement of national income as defined above.

The abuses of national income estimates arise largely from a failure to take into account the precise definition of income and the methods of its evaluation which the estimator assumes in arriving at his final figures.[3]

No matter, we continue to search for the statistical El Dorado to this day. In the November 2009 edition of the Atlantic, sometimes-libertarian-leaning Megan McArdle addressed the need to build on Kuznets's work and develop more encompassing, meaningful measures of national welfare. McArdle dexterously addressed the shortcomings of the GDP measures in her quest to improve upon it.

GDP does not, and cannot, reflect the waste of enormous effort, and precious natural resources, that went into building something that suddenly no one wants. Moreover, it misses many other aspects of our existence.… GDP can record how much money we spend on health care or education; it cannot tell us whether the services we are buying are any good.

McArdle continued by offering possible replacements for GDP, but she failed to offer the best possible solution — defenestrate GDP and every notion of a national-welfare measure, and then do nothing. Sir John Cowperthwaite, financial secretary of Hong Kong from 1961 to 1971, proved that doing nothing was the best economic course.

"Now imagine many putatively 'brilliant' economists, all inflated with a similar I-know-best arrogance, inspecting an array of gross statistics to arrive at similar feckless prescriptions."

Cowperthwaite first ventured into Hong Kong in 1941, joining the colonial administrative service after studying economics at Cambridge. Returning to Hong Kong in 1945, he was asked to find ways the government could boost Hong Kong's post-war economy, but Cowperthwaite found the economy was recovering nicely without government intervention. Fortunately for Hong Kong, Cowperthwaite was insufficiently bureaucratic and sufficiently rational to make positive noninterventionism the central pillar of his economic policy as financial secretary.

Marian Tupy, a policy analyst with the Center for Global Liberty and Prosperity, recounted a conversation with Cowperthwaite that summarizes his noninterventionist philosophy:

Of all the policies that we discussed, one stands out in my mind — if for no other reason than because it is so thoroughly counterintuitive. I asked him to name the one reform that he was most proud of. "I abolished the collection of statistics," he replied. Sir John believed that statistics are dangerous, because they enable social engineers of all stripes to justify state intervention in the economy.

When the motherland occasionally overreached, the results were predictably negative. To wit, Cowperthwaite was required to hold the colony's credit balances in sterling. The mandate proved costly when the weakening British economy — shaped by interventionist, high-tax policies contradictory to his own — forced the devaluation of the pound in 1967, resulting in a £30-million loss to Hong Kong's reserves. 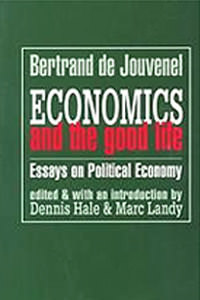 The relatively unfettered Hong Kong economy was sufficiently robust to roll with the punch. In its annual report for 1971, the year Cowperthwaite retired, the local government boasted that Hong Kong had become a "stable and increasingly affluent society comparable with the developed world in nearly every respect."

[1] To grasp how dismal, attempt to read his repulsive "Occasional Discourse on the Negro Question."

[2] From Dwight Lee, "Go to Harvard and Turn Left: The Rise of Socialist Ideology in Higher Education," in T. William Boxx and Gary M. Quinlivan, eds., The Cultural Context of Economics and Politics (Lanham, MA: University Press of America, 1994), p. 22.