The Nonviolent Black Market in Information 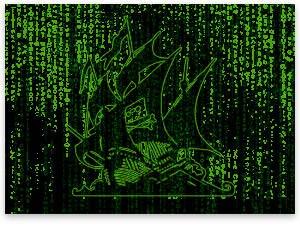 Unlike most black markets, the black market for information is characterized by peace and stability. There is a near-perfect harmony between the supply and the demand for movies, music, songs, and other digital content that falls under the control of intellectual-property legislation.

In the market for information, we do not see the kinds of conflicts that are rampant in other black markets. There are no turf wars between gangs for the right to offer the latest pop hit or blockbuster movie; there are no robberies committed by would-be users who need the money to get their fix. The vast majority of copyright violators go about their business without harming anyone.

In fact, those who upload, host, and share illegal content are not in any significant danger at all. What sets the black market in information apart from other black markets? Why is it nonviolent?

Perhaps the most easily recognizable reason why we do not see violence associated with sharing illegal content has to do with technology. Let's briefly examine the most common method for downloading illegal content: BitTorrent. BitTorrent works, not by hosting the vast amounts of downloadable content in a single place, but merely by connecting users with the thousands of others who are sharing the file.

Searching for desired content takes only a few moments. There are numerous websites that host torrent files, including many that can boast high community standards of quality and security.

Because the torrent files are themselves very small, users download them instantaneously. How quickly the content is obtained is a function of how many "seeders" there are to share the file(s), as well as the speed of the user's internet connection. Combine a popular (and therefore well-seeded) file with good bandwidth, and it takes a user only seconds to acquire a song, and only minutes to acquire an entire film.

In other words, the black market for information is generally efficient, anonymous, convenient, and safe. The costs to the user are negligible: Bandwidth and hard drive space are cheap and plentiful. BitTorent websites, and the content they make available, are free to access. Labor is but a few clicks and keystrokes, and — as was mentioned above — it hardly takes any time.

Determining the quality of the digital product is usually a trivial afterthought, especially for that content in greatest demand. The community at large serves as a guard against broken files or malware, with certain torrent communities offering layers of security by restricting membership or verifying content before it is offered to the public. Products in other black markets, in contrast, are notoriously inconsistent with respect to their quality — with many such products posing serious health risks.1 Checking for quality is itself an inconvenient or even dangerous task, since the mere possession of the good is a crime and users must keep their consumption a secret.

Another important feature of the black market in digital content is its flat hierarchy. Most black markets are characterized by the importance placed on power and rank. These hierarchies distort by exaggeration the importance — and profits — of suppliers and well-positioned middlemen, while those lower in rank suffer most of the hardships for far less pay. Money flows "up" the chain of command to those with the most power, while the grittier aspects of the business flow "down" to those on the streets: dealers, users, money collectors, and the like.

Those dealing with illegal information need not hazard the same power games. The Internet provides the means to move the data around relatively anonymously, and few distinctions are made among users so long as they are part of the system and contribute to the community by their activity. Torrents work in part because of this homogeneity, by making suppliers and consumers peers. For any given file, you could be uploading to or downloading from anyone. In most cases, the user uploads the file to others while he is still in the process of downloading it.

"The purpose of the market is to make useful things relatively less scarce. With information, that goal is already here."

Finally, one of the chief advantages enjoyed by consumers of illegal information is the connectivity of the Internet, which ensures that distribution costs are minimized. There is no place of business for those offering the latest movie, and therefore there are no turf wars. There is no distribution network to finance, and therefore no middlemen looking for a cut of profits. There are no palms to grease. There are no equivalents to pimps or pushers. Entering or leaving the trade poses no risk to the person from rival dealers or angry consumers.

When one compares all of the above technological advantages to the black markets in virtually every other good, it is no wonder that the latter are dangerous, seedy enterprises. Far from enjoying negligible costs and few risks, there are substantial costs and life-threatening risks associated with doing business in other illegal goods. The state has made it so that these black-market entrepreneurs risk everything to participate. Not only must they evade or bribe government agents, and live under the constant threat of being caught, but because competition cannot be done openly, would-be black-market entrepreneurs face the threat of violence from their competition — and even colleagues — as well.

The technological advantages of sharing information point us to an important praxeological principle that also explains the nonviolence of this black market. Unlike the goods people exchange money for, information is nonscarce. Being nonscarce, it is a nonrivalrous good and, as such, it is free.

In fact, as Rothbard points out, nonscarce goods cannot even be economized — that is, they cannot be made the object of human action.2 To see the relevance of this point to illegal movie downloads, consider another nonscarce good: air. For the most part, air remains only a part of the general conditions of human action and does not factor into the economizing of means to achieve ends. One can breathe as much air as he likes without exhausting its supply or decreasing the amount (or quality) of air left for everyone else.

It takes special circumstances to make air a scarce good and thus something that acting man must economize. For example, one might decide to dive to the bottom of the sea with the assistance of oxygen tanks — and thus face decisions on what to do with the limited amount of air available. Or, if the earth were to become polluted enough, the world's breathable air supply could itself become a scarce good and an ongoing concern in human affairs.

"The black market in information is simply individuals cooperating in order to manipulate their own private property."

If information cannot be made the object of human action, and illegal digital content is but information, how is it possible for there to be a black market for it? What is it that really happens when users obtain illegal digital content? It is clear that no ideas are altered, exchanged, or diminished. Instead, the black market in information is simply individuals cooperating in order to manipulate their own private property — namely, altering the physical state of their computers in certain patterns. We term these patterns "songs," "movies," and the like, informally treating them like physical objects. But at no point does copying a pattern inhibit anyone else's ability to enjoy that same pattern. It turns out that copying is not theft.

If the content in question were not merely information — if the content was itself only a scarce, physical good — then there is no doubt the black market for that good would look radically different. Suppose that there was no way to copy DVDs or transfer their contents to another medium. Any illegal copies of films would have to be sold on the black market. But with this reimagined black market would come all of the limitations we have already discussed: the restricted number and quality of goods, the need to avoid authorities, the inevitable establishment of turf and turf wars, and so on. The market for illegal movies would quickly resemble that for other black markets: shady, marginalized, and dangerous.

Yet hubs of pirated content on the Internet do not function like the streets and back alleys of other black markets. A user need not pay money to acquire some quantity of a forbidden good. Indeed, the user's own private property remains secure throughout his interaction with others. The only thing being exchanged between dealers and consumers is access to certain patterns of information — in the case of torrents, the file that coordinates downloads and uploads.

What is nonscarce cannot itself be homesteaded or owned. Since the use of a pattern requires a consumer to already possess the proper media, people entering the black market for information have no need to fight with others, because there is no scarce thing to fight over.

And so we have reached the crux of the matter: the black market in information is nonviolent primarily because its goods are of a different kind than those of all other black markets. All of the technological advantages enjoyed within the black market for information stem from this feature of its products. The information is nonscarce, free, and easy to share — one need not even give over any property to participate. Should it be so surprising if there is a flourishing supply to meet the demand?

Conclusion: Intellectual Property and the State

In this article, we have avoided speaking of the state as much as possible in order to examine the nature of digital content in its own right. We have seen that it is nonscarce and free, and thus easy to share and consume.

Unfortunately, the state will not — to use a cliché — let information be free. But can legislation alter the laws of the universe? Ideas are not scarce, and neither can one make them scarce by claiming they are "protected." Nothing but chaos has emerged from the onslaught of intellectual-property laws.

Intellectual-property legislation attempts to turn nonscarce, unownable information into a scarce, ownable thing. It imputes to information a government-mandated and regulated property right that is then assigned, by bureaucratic means, to individuals and corporations. All of this, as Stephan Kinsella explains, violates legitimate rights (including the rights of innocent third parties).

Indeed, in information and ideas we possess the "holy grail" of the economy: a universal, free good. Sadly, the state has taken this magnificent human triumph away from us via intellectual-property laws. Intellectual property is thus a tragic regression in human affairs.