No, Mark Carney, Brexit Didn't Cause Inflation — You Did | Mises Institute
Skip to main content

GET NEWS AND ARTICLES IN YOUR INBOXPrint
A
A
Home | Mises Library | No, Mark Carney, Brexit Didn't Cause Inflation — You Did

No, Mark Carney, Brexit Didn't Cause Inflation — You Did 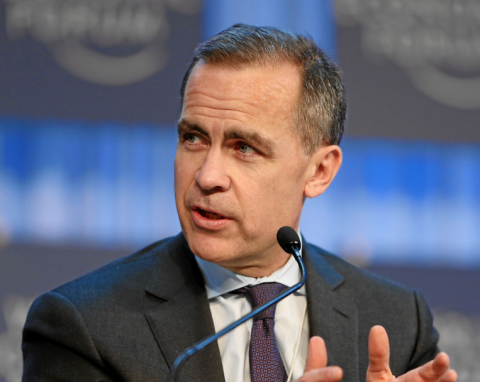 For the past several weeks, a dark and uneasy atmosphere has been hanging heavily over the British political landscape. In addition to the four major terrorist attacks on British soil since March, the 2017 general election highlighted growing public anger with the complacent, non-ideological, and seemingly uncontested reign of Prime Minister Theresa May. Not only has May all but purged libertarian and free market ideas from the Conservative Party, but she also conducted one of the most staggeringly inept election campaigns in recent memory, with a series of policy announcements directly before the election which were wildly unpopular, strategically insane, and practically worthless in the face of the country’s major problems. All this led to an election where, had the various progressive parties gained just 6,379 additional votes overall, the most extreme far-left Labour Party in a generation would have been able to form a new coalition government. This would have left Britain with a prime minister who has publicly defended the failing socialist policies of Venezuela and referred to the terrorist group Hezbollah as his “friends.”

A Labour Party victory would have brought the British economy under the control of a Marxist, and policing, immigration, and national security in the hands of a woman who once argued on national TV that Chairman Mao “did more good than harm.” The tense national mood was crystallised when, on June 14th, a 220-foot tall public housing apartment block in West London was engulfed in an inferno that lasted over 24 hours. This apparently random tragedy is estimated to have led to the deaths of 79 of London’s lowest-income residents, with many more having been left homeless during a record-breaking heat wave, in the heart of one of the city’s wealthiest boroughs. The perceived lack of government concern for the disaster and its victims led to widespread speculation that the capital was on the verge of descending into riot.

It was to this backdrop of anger and uncertainty that Bank of England governor Mark Carney delivered his annual speech to financial leaders at London’s Mansion House this month, initially scheduled for the day after the Grenfell Tower fire. With the exception of the rescheduling of the speech however, Carney wasted no time in harnessing the national mood toward his own ends; a tactic which he has become quite accustomed to in recent months. The BoE governor made no secret of his opposition to Brexit in the run-up to last year’s referendum, supposedly on the grounds that it would cause a recession, and was equally outspoken when it came time to take the credit for the fact that that recession never arrived. However, with public opinion now seeming to be turning against Theresa May’s Brexit government, Carney’s Mansion House speech twisted the knife by emphasising at its outset that (to paraphrase the BBC’s account) Brexit is making people poorer, because Brexit is causing inflation.

Unfortunately for Britain’s ‘impartial’ state-funded news service, this is flatly incorrect. Real incomes have not in fact fallen, but rather have merely slowed somewhat in the rate at which they are continuing to increase, a fact which even Carney conceded in his speech. This obvious mistake would tend to suggest one of two things: either that the BBC’s economics editor Kamal Ahmed simply does not understand the difference between a weakening in the rate of growth and a decrease in absolute terms, or that he is using license fee payers’ own money to misrepresent the facts to them in the pursuit of his political agenda. Sadly, for a man of Ahmed’s education it is difficult to extend to him the courtesy of assuming the former.

In any case, it is true that British real incomes have slowed in their rate of increase since Brexit, largely due to the weakening of sterling since the referendum, and consequent inflation of consumer prices. Offloading of sterling on the foreign exchange markets has often been vaguely attributed to a decrease in business confidence since the Brexit result, and consequent decrease in demand to hold sterling reserves for the purposes of investing in the UK and purchasing pound-denominated assets. The decline in the value of the currency has tended to make imported goods more expensive for British consumers, leading to such harsh — indeed, almost unbearable — deprivations as the recent decrease in the weight of the beloved Toblerone chocolate bars.

It has rarely even been suggested, however, that the Bank of England’s own post-Brexit emergency policies — committing to £70 billion of new quantitative easing and suddenly pushing interest rates down to historic lows — could be the true source of the devaluation of the pound. Yet every piece of evidence has continued to support this basic economic insight, shown no more starkly than by the plummeting value of sterling in the immediate aftermath of Carney’s speech, in which he confirmed that the Bank’s printing presses would continue to run at full speed.

One might hope that Carney is merely oblivious to the impacts of his own actions; after all, what person would not prefer to have a harmless simpleton in charge of British monetary policy, rather than an ‘expert’ in the jumble of scientistic obscurantism that is modern mainstream economics? Sadly, however, it is far more likely that Carney is all too aware of the instability that exists in the fundamentals of the British (and world) economy, even as the shaky recovery from the Great Recession appears to continue. Given the Bank of England governor’s power to lower interest rates and expand the money supply at will, Carney finds himself in the comfortable position of being able to kill two birds with one stone: papering over the cracks in the economy and impelling the elected government into ‘softening’ Brexit, both by recourse to the printing press. The idea that a central bank could unilaterally cause price inflation, then publicly blame that inflation on a political outcome it opposed in order to pressure the government and undermine the will of the voters, bespeaks the dangerous extent of the power wielded by such seemingly arcane and insipid institutions. Yet for as long as that power is allowed to continue existing, concentrated in the hands of central bankers, who amongst them could resist such temptation?

George Pickering is a Fellow in Residence at the Mises Institute this summer, and is a student of economic history at the London School of Economics.

George Pickering is a postgraduate student of Economic History at Oxford, and has twice been a Fellow in Residence at the Mises Institute.

George Pickering is a postgraduate student of Economic History at Oxford, and has twice been...

The Forgotten Greatness of Rothbard’s Preface to Theory and History

Providing the opening for Mises’s great methodological work gave Rothbard the opportunity to set down his...