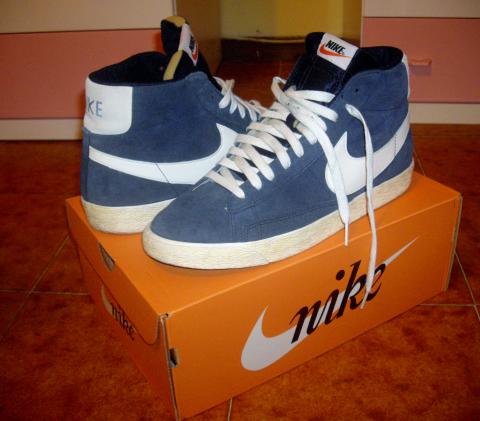 Nike, the athletic gear purveyor, came under fire a few years ago for employing contract workers in emerging markets on allegedly onerous terms that supposedly included unsafe working conditions and subminimum wages.  The complaints came from the usual left-wing beneficiaries of capitalism: media pundits (e.g. the Village Voice) and statist intellectuals.  Nike’s customers didn’t protest, nor did any economists.

One would-be customer did complain, however, and recently went public with his gripe. Jonah H. Peretti, a graduate student at MIT’s Media Lab, ordered a pair of shoes in January.  He requested that Nike personalize them with the word "sweatshop," which it refused to do for the same reason that Jonah Peretti wouldn’t wear a sign that said "hit me."  In its response, Nike reiterated its policy not to accept orders that (1) violate someone else’s "intellectual property," (2) conflict with other rights of athletes or teams, (3) are left blank, or (4) contain "profanity or inappropriate slang."         .

Peretti replied, asking that his order be filled and stating that his personal NIKE iD didn’t violate their enumerated criteria. In an act of chutzpah as well as ignorance, he declared  that he selected the iD "to remember the toil of the children that made my shoes."

Nike again responded that the order had been cancelled because it contained "inappropriate slang."  Peretti rejoined that the word "sweatshop" was standard English, not slang, and asked the company to reconsider.  He quoted the definition of "sweatshop" from Webster’s: "a shop or factory in which workers are employed for long hours at low wages and under unhealthy conditions."  He also cited the firm’s statement that its iD program demonstrates the "freedom to choose and freedom to express who you are," indicating that he agreed with this sentiment and that the purpose of the "sweatshop" iD was to be "a small token of appreciation for the sweatshop workers poised to help me realize my vision."

Nike again rejected this request, explaining that it had the right to refuse material it considered inappropriate or simply didn’t want to place on its products.  The twenty-seven-year-old potential marketing ace said he would reorder with a different iD and made "one small request."  He asked Nike to send him a color photo of the ten-year-old girl who he claimed made his shoes. Although Nike employed neither ten-year-old girls nor any other children, it made no response. The protean Peretti didn’t follow through with the order.

That wasn’t the end of Jonah Peretti’s Great Nike Adventure, however.  He posted his entire correspondence with the shoe manufacturer on the Internet (www.shey.net), and the news quickly traveled around the world.  Not shy about advertising his novel marketing idea, he landed a spot with Katie Couric on The Today Show, opposite a Nike spokesman.

It is a rare enough event when someone as intellectually talented as Jonah Peretti offers a public demonstration of a gift, in this case for marketing, as he has done on television and the Internet. But his undeniably stupendous ability is rarer still when one considers that not only does his marketing prowess rival that of the greatest Madison Avenue copywriters, but that he also embodies an appalling lack of knowledge of economics, specifically in the arcane area of "labor economics."

He is not alone. Scratch a specialist in "labor economics," and you almost invariably uncover a statist who thinks that freedom of contract shouldn’t apply to employers and workers whose productivity is less than some arbitrary minimum. Anyone whose labor is worth less than the government-prescribed minimum is to be consigned to unemployment through no fault of his own; and any business wanting to hire such people must find costlier alternatives. According to this school, a "sweatshop" is a factory where the owners and their employees have the effrontery to agree to employment terms other than those approved by the "sweatshop’s" critics.

Peretti is following in a long line of economics virtuosos who think that when an employer and an employee agree to exchange work for wages, the latter is somehow "exploited" by the former. In this analysis, a worker accepting a job with a Nike contractor continues to demonstrate how "exploited" he is by showing up for work every day, and by accepting a paycheck based on mutually-agreed-upon terms.

In the real world, when two parties exchange property titles, they are demonstrating that they expect to benefit from the exchange.  Sometimes they make long-term contracts, and sometimes they trade "at will," meaning that either party can terminate the agreement at any time.  People enter into and terminate contracts every day, including employment-at-will labor contracts of the type Nike offers its workers.  The contract workers Nike employs are free to terminate their employment whenever they wish, if they prefer either another job, self-employment, or leisure.

Nike, like every other company, is in business to make products for its customers and profits for its owners, in this case its public shareholders. In order to do this, it seeks to minimize its costs and maximize its revenue, as it turns out goods demanded in the marketplace. Nike has therefore elected to employ lower cost contract workers in emerging markets, such as Asia and Latin America. In moving much of its production to lower-cost regions, the company has joined many other businesses, including electronics, semiconductor, and computer manufacturers, as well as software producers and others. These firms employ millions of workers who work in jobs they think offer better pay packages than the available alternatives.

In the last few years, the Global Alliance for Workers and Communities (which includes the International Youth Foundation, Nike, Gap, Penn State University, St. John’s University, and the ubiquitous World Bank) has conducted several studies of Nike’s contract employment practices and conditions at its contractors’ facilities in different countries.  The studies have included detailed interviews of several thousand workers and have been published at www.nikebiz.com.

The Global Alliance’s studies on Thailand and Vietnam were released in September 2000and are representative of the group’s findings.  The report on Thailand revealed that Nike’s Thai workers want training in new skills as well as in life skills, such as parenting.  Supervisors were rated as good by 70 percent of the workers; 72 percent thought their income was fair. The job benefits available to the Thai toilers include free annual physicals; uniforms and clothing; a clinic and health service; a canteen stocked with food, recreation and entertainment; and transportation.  Where’s the exploitation?

Similarly, the Vietnamese laborers wanted better skills (tailoring and crafts for the women, and technical skills for the men).  Most thought the factory was a "good place to work" and planned to continue at least three years; 85 percent felt safe at the factory. Compared to farm work, the factory workers thought that the Nike shop offered a more stable career and higher income. So much for that "sweatshop."  It appears that the concept "sweatshop" is what the philosophers would call operationally unsound.

Even though Jonah Peretti thinks he knows better than the market what Nike’s terms of employment should be with its workers, it’s unlikely that he would forcibly interfere with their right to work for the company. If they were making $100 an hour, he probably wouldn’t be complaining.  But the Nike workers’ wages and other employment conditions are determined by their productivity, which depends on the amount of capital that Nike invests in its business.  That, in turn, is decided by its profitability. More retained earnings and invested capital lead to higher productivity by the Nike workers, and therein to higher wages.

The MIT whiz says that he appreciates the "sweatshop" workers who are working to help him realize his vision. If he really does appreciate them as workers with employment aspirations, and as human beings with rights, he should applaud their willingness to work in a Nike factory, and he should praise Nike for investing in its business and for employing them. Instead of remonstrating against Nike, how about protesting against the taxes and regulations that lower the firm’s return on invested capital and, therefore, the wages of its employees?

As for Nike, if it really does believe in freedom, it should stop consorting with the World Bank, that exploiter of Third World countries and Western taxpayers. And one more thing:  Nike should amend its order policy, point (4) above, to include "stupidity."

Jonah Peretti would undoubtedly like to plan Nike’s strategy from his lofty perch at MIT. His benighted toil has led to an uptick in the sale of its personalized shoes. But capitalism, not moral fustian, is the road to a better life for Nike’s employees.

William J. Stepp is a New York writer who is active in anarcho-capitalist intellectual circles in New York.