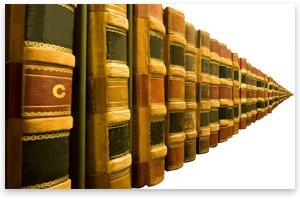 It has been shown that the so-called "public option" for low-premium health insurance is sure to significantly crowd out, and perhaps even eliminate, the private provision of health insurance. Thanks to Senator Joseph Lieberman's courageous stand, it appears that the public option will not be a part of any bill that passes the Senate. Unfortunately, HR 3962 includes regulations that will destroy the ability of private firms to provide marketable insurance, with or without a public option.

To understand the devastation that will be wrought by this bill, one must understand how health insurance functions on a free market to transfer individuals' financial risk to large "risk pools" with less variation across time. Consumers who are risk averse pay "premiums" to insurers each month for the removal of that risk, and in turn insurers assign their clients to different pools according to their risk of large claims.

Insurance companies have already been strictly limited in their ability to assign individuals to different risk pools and charge them varying premiums. By forcing high-risk and low-risk groups into the same pool, existing regulations increase premiums for low-risk consumers and decrease premiums for high-risk consumers. This is nothing more than a coerced subsidy to the less healthy, and it drives low-risk consumers away from purchasing health insurance. This is why the majority of the uninsured are not poor and dying, but in fact healthy young people who are at almost no risk of unanticipated healthcare costs.

To cope with their inability to partition along risk levels, profit-seeking insurance companies must cut costs by excluding the highest-risk patients from insurance. In a free market, these individuals would be offered insurance at a higher premium aligned with their high risk of major claims. In human terms, this leads to the exclusion of people with preexisting conditions and those with significant claims on past insurance plans. Once again, we see how leftist economic policy harms the very class of society that its supporters desire to help.

Obamacare is a Welfare Program

Not oblivious to the exclusion of these unfortunate citizens, on page 95 of the bill, House Democrats have proposed to completely outlaw the exclusion of any customer on any of the following grounds:

The effect on the structure of insurance is obvious; this new law will turn health insurance into a legally-enforced entitlement program, and the new entitlement will be used by those who are too costly to be insured under the current restrictions on risk-pool partitioning. Again, it is important to remember that these patients would have the option to buy insurance on a free market, but that their plans would carry premiums that actually reflect their personal health risk.

While risk-pool separation is considerably limited by national and state regulations, the little separation that is allowed would still be able to mitigate the heavy costs of forcing insurers to cover literally every customer who wishes to buy insurance. While the high-risk individuals would not pay as much in premiums as they would on a free market, insurance companies would still be able to use slightly lower premiums to attract low-risk customers.

However, this inequality in premiums is offensive to politicians hell-bent on equality. Therefore, in the very next page of the bill, House Democrats propose to outlaw all variations in premiums except according to geographical area, age group, and whether the plan in question covers an individual or a family.

"The majority of the uninsured are not poor and dying, but in fact healthy young people who are at almost no risk of unanticipated healthcare costs."

These provisions will be catastrophic to the insurance market. The bill only allows for premium variation across age by a ratio of two to one between the highest and lowest premiums. In real terms, elderly patients who cost several times as much to insure can only be charged twice as much as 20-somethings who often go entire years without claims. That this is a subsidy for the elderly hardly needs to be explicitly stated.

The bill leaves the determination of the maximum difference between individual and family plans at the discretion of the "health choices" commissioner, who is likely to find himself bombarded with visits and letters from family-centered lobbying organizations seeking subsidized health insurance paid for by singles and nonparents. This rent seeking will inevitably end up in subsidies handed out according to political objectives, whether the goal is to attract more young, single voters or more parents of children.

Turning any transaction into a subsidy both induces the subsidized class to enter the transaction and induces the subsidizing class to attempt to avoid it. In this case, it means that an even greater number of young and healthy individuals (and, most likely, nonparents) will drop their increasingly expensive insurance plans and attempt to prepare for healthcare risks on their own. This terrible result of coercive price-fixing decreases the benefit of the subsidy to high-risk consumers and decreases the ability of the insurance companies to control and reduce average payouts.

Democrats are aware of this effect of their policy, and have legislated accordingly. Pages 296–300 amend federal tax law to create a new tax on all citizens who fail to purchase health insurance. Depriving these individuals of the ability to opt out of the new, undifferentiated insurance pool is an atrocious affront to individual choice, and requires the threat of imprisonment. This new tax will help achieve the statistical goal of universal coverage, but it will do so at an incredible cost to the income and liberty of the relatively young and healthy, most of whom, ironically, voted for Obama and Democratic congressional candidates.

Not only will high-risk individuals who are now forced out of the market by regulation be legally entitled to purchase the bill's minimum standard of coverage, but both these excluded consumers and those who are now in high-risk pools will have financial incentives to buy higher levels of insurance. Facing new, subsidized prices, high-risk individuals will purchase plans with lower deductibles. Paying for a higher percentage of the price of more claims will massively increase the cost of insuring the new general pool of clients.

One of the only remaining ways for insurers to cut their costs, then, is to limit the amount that individuals are able to receive in claims. Indeed, insurance companies already use lifetime claims limits to cope with risk-partition laws and deliver lower-price packages to low-risk consumers. Predictably, page 50 of the House bill prohibits insurance companies from imposing any such limits on lifetime benefits.

Outlawing lifetime limits guarantees that all consumers will have the incentive to undergo drastically more treatments in their lifetimes, because the bill ensures that they will not be moved into a higher premium group until they enter a different age group or move to a different area. For the already-subsidized elderly, this creates incentives to undergo many more life-extending treatments in the final year of their lives. Such treatments are several times more expensive than general care for other elderly patients.

Astute readers will correctly object that while the Democrats' healthcare proposal will drastically increase the costs facing every insurance provider, the bill also requires all individuals to buy the minimum package of insurance, or to enroll in the public option. Especially because in the current discussion we are ignoring the effects of the public option, it is possible to argue that if there were no public option this bill would actually be a boon to private insurers, who are virtually guaranteed that every American will buy their plans. To survive this bill, then, insurance companies will simply increase the premiums of the packages that are forced onto every citizen.

This would indeed be true, were it not for further regulations effectively barring premium increases. Page 31 of the bill would require insurance companies to "submit a justification" for any projected future increase in premiums for any group to the secretary of Health and Human Services as well as state-level authorities.

The secretary of HHS and the state "health czars" would then annually review and approve or deny any increase in premiums. In various sections of the bill, the health choices commissioner is given power to determine the cost-accounting and other ratings methods that will determine whether a price increase is "justified" in the eyes of the DHHS Secretary. 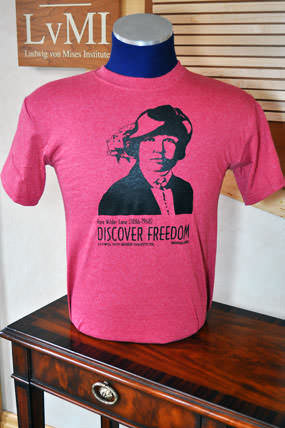 Has Rose Wilder Lane received the recognition she deserves? Not even close. But this shirt makes a contribution.

Public officials operating under a Congressional mandate to achieve universal coverage are hardly likely to approve price increases, even though that means slowly bankrupting private insurers. Even if they are not made to "compete with" and be strangled by a public option that consumers have already funded with their tax dollars, private insurers will be absolutely ruined by restrictions on their ability to control and separate costs and to increase prices to account for their ever-rising costs.

While a public option would certainly hasten the death of the private-insurance market in America, it is not a necessary means to that end. By destroying the economic structure of insurance, House Resolution 3962 would convert an already-overregulated industry into a pseudo-private welfare program. Even without a public option, insurance companies would be kept from controlling costs or adjusting their prices. The inevitable result will be the complete dissolution of the private health-insurance market.