GET NEWS AND ARTICLES IN YOUR INBOXPrint
A
A
Home | Mises Library | Networks and the Digital Revolution: Economic Myths and Realities

Networks and the Digital Revolution: Economic Myths and Realities 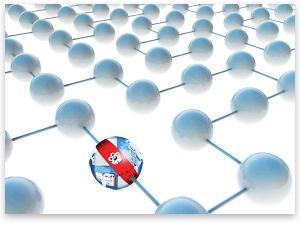 The economy is now a networked economy. "Information goods" are becoming more important than traditional goods. Online businesses are a more substantial driving force than brick-and-mortar establishments. Some people even say that in this networked world centralized managerial hierarchies are obsolete; in the future, they will be replaced by decentralized, disaggregated, peer-to-peer communities.

These are all common claims. How can we make scientific sense of them and explain them with economic theory? Is government regulation needed to keep digital markets free, fair, and open? More generally, does the new economy call for a new kind of economics, or is traditional economics still useful?

My answer to all of these questions is bound up with an Austrian perspective: here we find the tools to analyze and understand what is going on.

I'm teaching a course in the Mises Academy that brings an Austrian perspective to these issues, focusing on recent examples, applications, and illustrations while grounding the discussion on basic economic principles. From my point of view, the Austrian paradigm allows us to separate the marvelous realities of the networked economy from the fallacies being spread by pop futurists.

We will begin with an overview of the "new economy." What is the economic impact of the web, inexpensive global wireless communication, social networks, and the like? Do they constitute new forms of competition, social interaction, community, and even a new kind of "democracy" itself? How have these changes in technology, along with changes in regulation and global competition, affected firm boundaries, competition, human-resource management, regulation, sources of financing, and the assignment of property rights?

We will then turn next to a series of specific applications for in-depth analysis, looking at information goods, network effects and path dependence, the economics of the internet (and of networks more broadly), and the legal, regulatory, and public-policy implications of networks and information technology. Throughout, we will ask to what extent economic theory — in particular, the economics of the Austrian school — can help us understand these issues and phenomena. One of our main themes will be that what appears to be new, on the surface, may not be as new as it seems!

Week 1: The World Is Changing. Or Is It?

Week 4: Economics of the Internet

This is the first-ever online course using an Austrian perspective to explore the economics of the online world. It begins on January 19, and you can sign up right now.