GET NEWS AND ARTICLES IN YOUR INBOXPrint
A
A
Home | Mises Library | Net Neutrality: Unwarranted Intervention 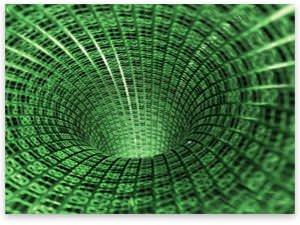 With the recent sentence on the Comcast affair,1 it seems that the debate about net-neutrality regulation has paused.2 Feeling the carpet pulled out from under it, the Federal Communications Commission (FCC) is struggling to find a new legal ground for its intervention.

In the meantime, the stakeholders should reflect on the consequences a lobbying success would bring: the creation of regulations on net neutrality.

The position of telecom operators is clear enough, as they have opposed from the beginning this attack on their assets and their businesses.

In its notice for proposed rulemaking (NPRM), "In the Matter of Preserving the Open Internet,"

These are the proposed obligations, but the real issue behind them is network management. Telecommunications networks are scarce resources and, as such, they require management. In an environment of scarcity, someone has to decide how to assign the limited capacity available.

For most of their history, the management techniques required for telecommunications networks have been simple. But that is changing now, with the explosive growth of data traffic, and, specifically, the data generated from cellular devices. Suddenly, network capacity is becoming scarcer than ever, and telecom operators are starting to analyze how to manage the new situation with the resources at their disposal.

In summary, the question of net neutrality is not about the need for network management; it is about who will decide how the network is managed. There is no chance of having "dumb pipes," as net-neutrality proponents seem to demand; what we will have is either dumbly managed pipes or smartly managed pipes.

"What if the management is done by the government? Then we abandon the realm of service and enter into the realm of policy."

There are basically two options for network management: it may be designed and carried out by the owner of the network, or by "stakeholders" not owning the network (i.e., by means of government intervention and regulations).

And now we return to the original question. What would new regulation mean for Google and its net-neutrality allies?

The owner of the network is interested in obtaining as much revenues as possible. He can only do so if the service he provides is satisfactory to his customers. Otherwise, they will change to another network or discontinue the contract. Of course, this threat will have important implications for the way the owner manages the network. He will try at any moment to use the scarce resource in a way that most perfectly satisfies the majority of clients.

This seems in line with the interests of Google. If Google is providing a good service to its users, telecom clients will demand access to Google services, and the telecom operator will not have the option to deny such access. If he does, he will lose customers and, more importantly, revenues.

What if the management is done by the government? Then we abandon the realm of service and enter into the realm of policy. The interest of the customer gives way to the "public interest." And Google will not be able to rely anymore on the satisfaction of its users in order to secure the needed capacity to reach them.

Google, Facebook, Amazon, eBay, and the rest of the big Internet companies will have to rely on lobbying instead of on merits. The network, managed by the government (of course, not directly, but by increasing regulation of telecom operators), will be assigned according to arbitrary policy criteria not necessarily related to the actual preferences of people. For example, Spanish movies could be given priority over Google contents due to cultural issues (or due to better lobbying by those stakeholders).

If network owners are deprived of the ability to manage their assets, they will stop investing in them. After all, nobody wastes money on something they can't use. The capacity of the network will not grow and it will not be able to carry the vast and growing amount of data demanded. Once again, this does not look good for Google and its allies, whose businesses rely so heavily on the increase of data traffic.

In conclusion, net-neutrality regulation is not good, not even for its most ardent supporters. Google, eBay, Facebook, Amazon, and other net-neutrality proponents have a proven track record of success in serving their customers. Why they prefer to put their future in the hands of governments instead of depending on their own proven capacities of service is simply beyond me.