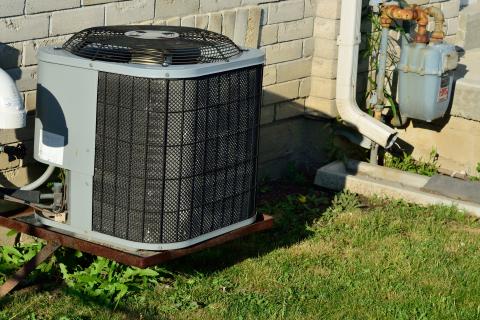 If not an economist, what am I? An outdated freak whose functional role in the general scheme of things has passed into history? Perhaps I should accept such an assessment, retire gracefully, and, with alcoholic breath, hoe my cabbages. Perhaps I could do so if the modern technicians had indeed produced "better" economic mousetraps. Instead of evidence of progress, however, I see a continuing erosion of the intellectual (and social) capital that was accumulated by "political economy" in its finest hours.

James Buchanan, What Should Economists Do?

Recently, while idling around the Web, procrastinating to avoid some onerous task, I came across an article by David Friedman called "Cold Houses in Warm Climates and Vice Versa: A Paradox of Rational Heating." I decided to examine this piece because it epitomizes the conceptual pitfalls of neoclassical economics.

I will let Friedman summarize his thesis:

Houses in cold climates are kept warmer in winter than those in warm climates, despite the greater cost of heating in colder climates. It is shown that this is not only consistent with but implied by rationality. The contrary intuition is based on a confusion between average and marginal cost. The same analysis implies that it is rational to keep the thermostat setting constant throughout the heating season, rather than changing it with changes in external temperature.

Friedman proves his thesis by showing, with a good deal of mathematics, the following three propositions to be true:

If neoclassical economics led merely to trivial or unimportant conclusions, it might be a useful intellectual diversion, like solving anagrams or crossword puzzles. However, the situation is worse than this. In his quest to mathematically model our heating preferences, Friedman simply ignores a commonplace phenomenon that explodes his hypothesis. He states that his paper "also explains why most of us keep the thermostat at the same temperature throughout the year, except when the outside temperature goes above our normal thermostat setting."

But this is just not true! Here in the northeast, many people turn off their heat in April, just when their temperatures become like that of a Los Angeles winter. For instance, perusing Martha Stewart Living (my wife's copy, I swear!), I saw on Martha's calendar for April, "April 20: Turn off heat." Now, Stewart lives only ten miles away from me, and I can tell you that it can still be pretty cold around here after April 20th. We had a frost on May 7 last year. The temperature inside, even with the heat off, often drops into the upper fifties.

What's more, people often cool their house in the summer to a temperature lower than the one they heat it to in the winter. It's not uncommon to find that a house heated to 72 in the winter is cooled to 65 in the summer. This is especially common in office buildings.

Both of these facts completely contradict Friedman's statement, "What I have shown so far is that identical houses will be heated to the same temperature whatever the temperature outside"--at least to the extent that it is meant to be a statement having something to do with the real world, and not merely with his model.

In fact, it seems to me (although I admit I'm just guessing) that many people feel that, when it's not too cold out, they don't mind the inside temperature being a little cooler, and vice versa. For instance, on a cold day in the winter we will sometimes run a fire in our wood stove that heats the living room up to over 80 degrees. We would never dream of doing this on a day in May when the temperature is 60.

Even if this conjecture is true it is not, however, a fact of economics, but one of psychology and history.

Friedman begins his analysis by assuming "that people living in different climates have the same utility function." Here we have two completely unwarranted assumptions in the same sentence. The first is that there is some meaning in calling different people's sense of the utility of something "the same," and the second is that there is some way to discover a function that describes this sameness.

Let us say that I am going out to get two hamburgers at a restaurant, and am prepared to pay no more than $6 each for them. However, when I arrive, the owner tells me that the first hamburger is on him, but that the second will cost $10. Clearly I'll accept the first burger, but what does economics tell us about whether I take the second one? (Note that this is analogous to the situation of LA residents who, compared to Chicagoans, have been given an increment of heat for free.)

The right answer is nothing. I am now faced with a completely different situation than if the hamburgers cost $6 each. I still have one hamburger in my belly, but instead of having $6 in my pocket I have $12.

I may decide that I'm not that hungry, or that I can get a $6 hamburger at another restaurant, and pocket the $12. Or, I may think, "Gee, I'm already here, and hungry. I'll get that burger. And I'll still have $2 more in my pocket when I leave then I had planned on."

Neither course of action is "irrational." Man does not operate based on a "utility function," but by making discrete, unpredictable decisions when faced with a choice.

At any single moment, we cannot discover a function governing "utility," because, rather than a range of prices, the market presents acting man with a single, current price. This single point on a graph is consonant with any of the infinity of functions that happen to map that level of demand to that price.

Nor can we discover a utility function by measuring demand as the price moves over time. We are not billiard balls that can be predicted to always behave the same way given the same conditions. We can change our valuations! There is simply no way to determine if people are acting with the same preferences at different moments, so that we can't tell if we are mapping points on the "same" curve or points from an entirely new one. And nothing we measure today allows us to predict when a preference scale might change utterly.

For a time a physical relationship may dominate man's valuation of a certain situation. If a populace is quite poor, food may be valued roughly in proportion to the number of calories it provides. Then, for a time, there might seem to be a linear function "determining" the relationship between the price of kind of food and its caloric content.

However, as the society becomes wealthier and everyone has enough calories every day, this valuation may completely alter, and food might be valued highly for being tasty, or low in cholesterol.

We see this phenomenon constantly in the financial markets. Huge sums are spent creating mathematical models that predict some correlation in prices. They work for a little while, then a significant change in human valuation for instance, the central banks recent conclusion that they needn't hold much gold occurs. The model breaks down, and the effort begins to "improve" it.

To "model" this problem mathematically, Friedman was forced to remove all the elements of human choice--all of the important elements--from his model, and tries to base an economic proof on inanimate objects and processes insulation and heat conduction. As Murray Rothbard says in Man, Economy and State:

Things, whether pieces of money or pieces of sugar or pieces of anything else, can never act. It is this profound mistake that lies at the root of the fallacies of the Fischer equation of exchange: human action is abstracted out of the picture, and things are assumed to be in control of human life.

Furthermore, to set up his equations, Friedman had to assume that the psychic profit from the heat was equal to the money cost. But we know that this is not true, or no exchange would have taken place! It is only when the psychic profit is some amount greater than the dollar cost of the heat that any exchange will occur. This amount is unknown and purely subjective.

The "rational behavior" that Friedman was searching for is a spurious concept. In fact, the "paradox" that he was attempting to explain is not a paradox at all. All of the mathematical apparatus was constructed to show that we behave in a way conforming to a heat engineer's view of efficiency.

What makes our behavior rational is not that we behave like a computer attempting to optimize the value of a "utility function." Our behavior is rational in that we use means to pursue our chosen ends. The science of economics has nothing to say about the ends themselves, or why we value them to the extent we do.

If I choose to keep the inside of my house like a steam bath despite enormous costs, I am not "defying the laws of economics." When man acts, he cannot help but fulfill them.