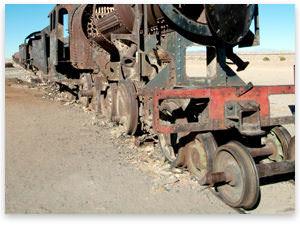 I have said that when, unfortunately, one has regard to the interest of the producer — and not to that of the consumer — it is impossible to avoid running counter to the general interest, because the demand of the producer as such is only for efforts, wants, and obstacles.

I find a remarkable illustration of this in a Bordeaux newspaper.

Should the proposed railway from Paris to Madrid offer a break of continuity at Bordeaux?

He answers the question in the affirmative, and gives a multiplicity of reasons, which I shall not stop to examine except this one:

The railway from Paris to Bayonne should have a break at Bordeaux for if goods and passengers are forced to stop at that town, profits will accrue to bargemen, porters, commissionaires, hotel-keepers, etc.

But if Bordeaux has a right to profit by a gap in the line of railway, and if such profit is consistent with the public interest, then Angouleme, Poitiers, Tours, Orleans, nay, more — all the intermediate places (Ruffec, Chatellerault, etc.) — should also demand gaps as being for the general interest and, of course, for the interest of national industry. For the more these breaks in the line are multiplied, the greater will be the increase of consignments, commissions, trans-shipments, etc., along the whole extent of the railway.

In this way, we shall succeed in having a line of railway composed of successive gaps, and which may be denominated a Negative Railway.

This article was first published in the first series of Economic Sophisms (1845). The Mises Institute has republished it in The Bastiat Collection (2007).