A Nation of Ratfinks | Mises Institute
Skip to main content 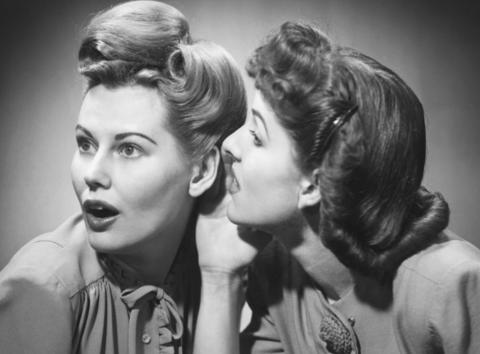 Ludwig von Mises: "A free man must be able to endure it when his fellow men act and live otherwise than he considers proper. He must free himself from the habit, just as soon as something does not please him, of calling for the police."

Totalitarianism used to be the product of the Hitlers and Stalins of the world, but your neighbors are beginning to grasp the power of a centralized government that exists exclusively to metastasize its evils throughout every human endeavor—a government that never sleeps and is always ready to put its nose into anyone's business. Just give the feds a call, they're ready and willing to assist with any effort that increases their power and influence. 24/7.

Are your children whining over carrots in their school lunch bag? Are you tired of hearing that Mr. and Mrs. So-And-So down the street let their children eat Ho-Hos and Ding-Dongs for lunch? Does the local school cafeteria serve chocolate chip cookies to anyone with 50 cents to spare?

If the answer is yes, what do you do? Do you take control of your own family and lay down the laws of the household? Or do you blame this whole situation on those of the ilk of your neighbors, the So-And-Sos?

Taking control may cause some hard feelings for a few days, maybe even a week or two, but blaming the So-And-Sos gets you off the hook right away. See, if only the So-And-Sos joined you in your health crusade, your children would be forced to join; you know peer pressure and all of that. You hit the first bump in your road toward the Progressive Utopia when you realize that the So-And-Sos living down the street are not really that friendly with you and are unwilling to follow your marching orders. Ok, next option.

How about your best friend? He agrees that Ho-Hos are the devil's fruit but he's not certain about the Ding-Dongs; they do taste good with a tall glass of cold milk.

Your crusade just isn't working and your kids are still crying about their friend Johnny's lunch snacks.

Alright, the list of foods has been defined, but how to get the school board to agree. Go to a meeting and call them all uncaring hypocrites. How can they sleep at night after claiming that they want the best for children all the while knowing that little Johnny crinkles the snack wrapper at lunch—in the school's cafeteria nonetheless?

Those crusty yahoos on the school board don't even smile as you speak, they've got their own agenda to push. Those who struggle with their own parenting somehow become omniscient once elected to a school board or hired as an administrator. Sure they pray that their own efforts will result in happy, health offspring, but they will not let that stop them from becoming the über-parent of all who attend the local schools. Omniscient and omnipotent? Certainly. Free and compulsory? Absolutely. Interested in this specific agenda issue? Sorry, no.

A brick wall. Your crusade has stopped. Well, for a minute or two anyway. Then the idea hits; call your state representative. Put the pressure on him. Tell him that you are a strong party member who wants the best for all children. Doesn't he realize that a health crisis exists? Children are dying. Yes, dying. Not just those eating the snacks but also those experiencing the secondhand effects of snack attack. They are bound to suffer a lifetime of pre-snack-desire syndrome.

Your representative listens politely on the phone but really doesn't sound interested in tilting at this windmill. Come on now, there are more pressing concerns that can be used to further the interventionist agenda. This just isn't one of them.

So you are an unsatisfied constituent. Not to fear, you do have a congressman who delights in media coverage. He smells front page because the local paper likes to write about any Don Quixote who tilts for the masses. You've got the hook, time to land the fish. He'll gladly support your efforts because children are dying; it's all right there in the latest research by the Americans Against Unhealthy Foods Institute.

The congressman takes up the banner and enlists an eager bureaucrat in the Department of Health and Human Services to help craft the bill. This bureaucrat wants to make a name for himself. Sure he sneaks the odd Hostess cake at the gas station, but a statist career awaits him.

It is election time and enough House members are looking for the headline and public poll spike, and children are always a winner. Before you can find your way through the cellophane wrapper of a Twinkie, your bill is signed into law and now no one can serve their children snacks deemed unhealthy by a coalition of farmers, health food store owners, bureaucrats, and sundry statist do-gooders.

No longer can the school birthday party include cupcakes with icing. A vegetable tray with low fat dressing has to be served beneath the poster of Mr. Carrot and Ms. Broccoli stomping the Rat Snack.

Sounds unbelievable? Well it's real, and it is fast becoming the American Way.

I've seen a parent who was shocked that the average student in the local schools eats ten candy bars at lunch during the school year. Can you believe that? Ten candy bars a year. Certainly she is correct in calling this a travesty and a crisis; the papers agreed with her. She soon caught the ear of state officials, for a while anyway. A bill was kicked around but the enthusiasm quickly waned. Bills like this never really go away, though, they all return in a modified form when the timing is better.

The woman's crusade did not catch the current fancy of local and state officials but she is lucky enough to have a congressman who saw fit to work with FEMA so that three homes in Columbus, Ohio, could be declared a disaster area due to minor land subsidence.1 I fully expect her to be heard in Washington and the big paws of central government will find their way into all school lunch bags and boxes.

That neighborhood crank that we all try to avoid will most likely be testifying before a House committee about the health crisis she perceives to be affecting her neighborhood and the nation. You pay her no mind, at least until she receives a pen from the president at the signing of the Unhealthy Snack Food Act, to be known as Our Children Come First Initiative. Yesterday's crank is now your gulag commandant.

Consider your options. Don't want to eat at a restaurant that allows smoking? You can either tell the owner that you are leaving because the smoke offends you, or you can work to force an outright ban on smoking. Approaching the owner is uncomfortable, but calling the local office of your congressman is easy. In fact, it will be a positive experience. Trust me, the elected ears want to hear your complaints. The constituent services worker in any congressional office loves these ideas. She'll listen attentively and be willing to work with you. Isn't it all about children, health, etc.? No, it's all about interventionism and coercive power. But in this instance coercion is on your side.

Will your idea withstand judicial review? Certainly. The courts have already declared private property that exists for commercial purposes to be places of public convenience. The judges will have no problem accepting a law that bans smoking in all restaurants and bars. Nor will they consider a ban of Snickers in the lunch bag a violation of personal property rights.

You'll also be on the side of externalities and econometrics. Studies will appear that banning snacks in the school lunch bag will result in an annual x% increase in the local and national economies.

Don't believe them? Prove them wrong, or at least try to prove them wrong. You will find that their arguments morph as fast as those from a cornered Keynesian. Every time you think they're pinned, a new argument will wrestle itself free. No matter that each new argument refutes a prior one. Polylogism is the name of the game and logic for some ebbs and flows like tides in the Bay of Fundy.

The National Bureau of Economic Research will host conflicting correlative studies that not only contradict each other but stand outside of a priori logic. With conflict and contradiction comes a new government panel or commission, or both. Something has to give, and that something is your liberty.

I have to admit that prior to reading Critique of Interventionism, my first book by Ludwig von Mises, I was apt to vacillate with the argument of the times. Fighting against the statists and their supposed concerns for children and the general heath and welfare are tough without strong backing. After reading that book, along with Human Action, Bureaucracy, and the Rothbard classic Man, Economy, and State, I gained the knowledge to see through the statist haze.

Unlike most schools of economics and philosophy, the Austrian school has stayed true to its beliefs. Mises, a cultured gentleman, did not advocate that all be forced to live as he lived his life. No, he believed that private property was the essence of liberty. He's right!

Now back to my Ding-Dongs and hot chocolate.