Myths and Lessons of the Argentine “Currency Crisis” 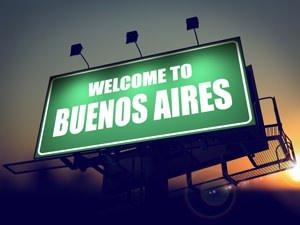 The crash of the Argentine peso last month brings to a close yet another foredoomed experiment in South American left-wing populism. The precipitous “devaluation” of the peso by 15 percent against the U.S. dollar in January represents its steepest decline since the devaluation of 2001 when Argentina defaulted on its foreign debt. From January 21 to the close of trading on January 23 the peso dropped from 6.88 per dollar to 8.00 on the official market. On the black market the peso fell by 6 percent on January 23 to 13 to the dollar. Over the past year the peso has declined by 35 percent.

In a foolish and futile attempt to maintain its overvalued pegged exchange rate, the Argentine central bank has sold off dollar reserves at the rate of $1.1 billion per month over the past year in buying up the excess pesos sloshing around on foreign exchange markets. Overall, dollar reserves have plunged from a record high of $52.6 billion in 2011 to a seven-year low of $29.3 billion. Also since 2011, the Fernández de Kirchner government has implemented highly restrictive exchange controls including delays in approving repatriation of the dividends of foreign firms as well restrictions on purchases by tourists, taxes on credit card purchases, and, recently, limits on online spending that have made it nearly impossible for ordinary Argentine citizens to obtain dollars to hoard or invest abroad. Of course, these draconian measures have failed to stanch the outflow of dollars in the face of the salutary operation of the black market in which dollars were freely available at the equilibrium price of 13 pesos per dollar. The government finally threw in the towel on January 22 and 23 by refusing to intervene in foreign exchange markets to prop up the peso, which declined by 10 percent on January 23 alone. On January 24, the government went further and announced a loosening of exchange controls. Now Argentines will be permitted to buy pesos in proportion to their income while the redeemable tax on peso purchases has been reduced from 35 percent to 20 percent.

Now these are the facts as they have been reported but many commentators have erred in their interpretations of the situation.1

First, the sharp decline in the value of the peso does not represent the onset of a so-called “currency crisis” but rather the very means of resolving a crisis already long underway. For the “devaluation” of the peso by the Argentine monetary authorities refers to nothing more than the removal of price controls that have maintained the price of the U.S. dollar in terms of the peso below the market equilibrium price and thereby generated a permanent excess demand for dollars in Argentina. In other words, the devaluation is simply the admission that the peso had already been robbed of a significant part of its value by inflation. This had been concealed by the fact that at the controlled price of dollars, prices of foreign imports were artificially low in terms of pesos while Argentine exports were rendered more expensive and less competitive in foreign markets. The Argentine government tried to suppress the resulting trade deficit and shortage of dollars by exchange controls, that is, by measures designed to ration out the available dollars to its cronies. In addition, people increased their demand for dollars to hoard or invest abroad because they anticipated the inevitable “devaluation” of the peso and consequent loss of purchasing power in terms of goods. By permitting the exchange rate to increase from the controlled price of 6.88 to the market price of 8.00 pesos per dollar, foreign products will become more expensive to Argentines and domestic products become less expensive to foreigners (because more pesos can be purchased with a given amount of dollars).

If the government stays the course on its policy change, the result is that the quantity of imports will decrease and that of exports will increase until they approach equality. Thus the trade deficit will disappear or becomes small enough that it can be financed by the inflow of foreign private-sector investment. Actually, since Argentina still needs to begin to settle about $6.5 billion of overdue debt with creditor nations, it is more likely that it will have a trade surplus, with the excess exports generating the dollars necessary to service these debts. To repeat, this is not the beginning of a crisis, but the resolution of an existing crisis caused by garden-variety price controls.

Second, many media commentators and even economists insist that the devaluation does indeed precipitate a domestic crisis because it generates a broad rise in peso prices of both imported goods and exportable domestic products, which are now sold abroad in greater quantities, reducing the supplies available for domestic buyers. This general increase in prices therefore injures Argentine consumers, they claim. But this response leaves out the unseen and beneficent consequences of the removal of any price control. It is obviously true that, for example, the abolition of rent controls reduces the welfare of existing renters who must pony up higher rents and benefits apartment owners. But it is also true that there are many others who benefit, including all those renters who were shut out of the market because of the apartment shortage even though they were willing to pay higher rents or who succeeded in leasing apartments for much higher black-market rents. Likewise the abolition of a price control that overvalues the peso benefits Argentine export firms and their workers and suppliers as well as those consumers who were precluded from importing goods or making foreign investments that they desired or who were only able to do so by paying a much higher price for dollars on the black market.

Along these lines, it is surprising and not a little amusing to witness Nobel Prize-winning economist Joseph Stiglitz, a staunch Keynesian, wagging his finger and sternly warning of the obvious:

Reality will clearly force some changes: you have to live within your means, if your currency is going down, it means you’re going to be paying more for your imports. They will have to change their policies and the question is when and how.

Where Stiglitz gets it wrong is in his implication that everyone in Argentina will be worse off because they are “going to be paying more for [their] imports.” As the preceding analysis demonstrates, however, the government and its cronies and favored constituencies may be worse off, but those previously without access to dollars except through black markets will be better off with the “devalued” peso.

Third, the media focus on the hemorrhaging of foreign reserves by the Argentine central bank as a main factor precipitating the crisis is ridiculous. For it is not the loss of reserves but the very fact that the central bank needs to hold dollar reserves at all that is a sign of crisis. The only reason that the central bank needs reserves is to prop up the overvalued peso by selling dollars in short supply and buying up the inevitable excess of pesos. If the dollar-peso exchange rate were left free to be determined solely by market forces the Argentine monetary authorities would not find it necessary to hold even a single dollar, precisely because the supply and demand for each currency in terms of the other would balance at every moment without surplus or shortage. If the Argentine government needed to make purchases abroad or to make payments on its foreign debts it could easily acquire the dollars to do so by purchasing them from commercial banks or other private institutions on the foreign exchange market. It would pay for whatever dollars it required with pesos that it received in tax revenues or borrowed from the public or ordered printed up by the central bank. In the disorderly world of national fiat currencies, a nation avoids additional chaos and crises by permitting the market to determine the value of its currency in terms of other fiat currencies with differing rates of inflation.

This brings me to my fourth point. Many politicians and other observers on the right in Argentina and elsewhere attribute the crisis to the profligate spending programs of the leftist Fernández de Kirchner government. They argue that the social subsidies, nationalization of foreign-owned firms, expansion of the regulatory state, etc., have driven the government budget into deficit. But government budget deficits are not the cause of the overvaluation of a currency and the shortage of foreign exchange any more than they are the cause of inflation. Thus, if the additional spending had been financed by raising taxes or borrowing from the public, Argentine prices would not have risen. However, the Argentine government decided to finance these deficits by rapidly expanding the money supply, at an average rate of 30 percent per annum over the last four years. This resulted in a rapid inflation of Argentine prices that unofficially reached 28 percent last year, more than twice the 11 percent reported by the Argentine government. Inflation and its anticipation stimulates imports and the flight of capital abroad and suppresses exports. Money creation, in conjunction with a pegged exchange rate, is therefore the one and only cause of a so-called “currency crisis.”

The ideal global monetary system is one with a uniform market-supplied money such as existed under the classical gold standard of the 19th century. Under this system, disequilibria in the balance of payments were quickly adjusted because any change in the supply of gold tended to be spread evenly over all participants in the system and this ensured a roughly uniform rate of inflation among all countries. This is similar to the situation today among the various states within the United States, all of which are on the U.S. dollar standard. Thus imbalances in the balance of payments between say, New Jersey and the rest of the U.S., are only temporary and are swiftly adjusted. The lesson to be learned from the myths analyzed above is that any attempt to replicate the operation of a single world currency by government price-fixing schemes involving national fiat currencies is doomed to failure and will only exacerbate the monetary disorder that has buffeted the world economy since the destruction of the international gold standard in 1914.