The "Mystery" of the Endowment Effect 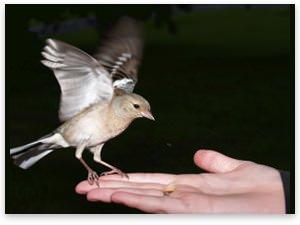 Tags History of the Austrian School of EconomicsValue and ExchangeSubjectivism

The development of modern neoclassical economics is the story of how a discipline lost its way. Before the mathematization of economics, economists tried to explain prices and macro patterns in the market place from individual human action. But modern "mathonomics" has evolved into a subfield of mathematics with no obvious ties to the real economy. Assuming "perfect" conditions and general equilibrium, the conclusions of economic analysis follow directly from the premises — as one would expect from solving mathematical equations — and are hence of little scientific interest. It follows that phenomena in the real economy that do not seem to fit the "perfect" models should be dismissed as imperfections; what remains to explain is the causes of action rather than its effect. The task of economics has therefore shifted from explaining the effect of human action to tracking the causes of it.

This radical shift suggests that we already know all there is to know about markets (at least to the limited extent predicted by mathematical models), while it provides a breeding ground for analysis of behavior instead of action. In other words, in order to track the ultimate causes of our mathematically precise economic models, economists shift focus toward psychology and the identifying building blocks of actors' perception of self. Economists have moved from being experts at explaining economic phenomena and the market process to being at best run-of-the-mill mathematicians and second-rate psychologists.

Considering this development, it is no wonder that economists are puzzled by phenomena like the "endowment effect." Indeed, I have myself experienced statements by established economist scholars about this psychological effect that is assumed to be a mystery. In layman terms, the endowment effect is

a hypothesis that people value a good or service more once their property right to it has been established. In other words, people place a higher value on objects they own than objects that they do not. In one experiment, people demanded a higher price for a coffee mug that had been given to them but put a lower price on one they did not yet own. (from Wikipedia)

From a mathematical-economic point view, the endowment effect demonstrates the inability of formal economics to explain what drives human action. Indeed, the endowment effect seems to shift an actor's indifference curves, and thus his subjective valuation of goods and services, depending not on qualities in the good itself or its price but on the contextual, circumstantial characteristics and psychological state of the instant and situation. The economic explanation to market valuation is therefore at odds with real valuation and the models need to be expanded to include psychological drivers of subjective valuation. And therefore economics must embrace behavioral studies and neuroscience.

From an Austrian point of view, however, there is no problem and never was one. The "endowment effect" is but an illusory problem that arises due to the confusion of means and ends in modern economics. The only reason economists today find bewilderment in such an "effect" is that they have adopted precise mathematics as the end of economic analyses rather than seeing it as one of its possible means. In fact, the endowment effect, while literally impossible in mathematical analysis and assumed away in indifference-curve analysis, is necessary in any type of exchange. Both Menger and Böhm-Bawerk were well aware of this, and neither they nor any later Austrians ever recanted — and for good reason.

Let us borrow an illustration from Böhm-Bawerk's Positive Theory of Capital (pp. 143–47), in which a farmer "has just harvested five sacks of corn." These sacks are to keep him alive until the next harvest and therefore he makes plans for how to use them. Böhm-Bawerk writes,

One sack he absolutely requires for the sustenance of his life till the next harvest. A second he requires to supplement this bare living to the extent of keeping himself hale and vigorous. More corn than this, in the shape of bread and farinaceous food generally, he has no desire for. On the other hand, it would be very desirable to have some animal food, and he sets aside, therefore, a third sack to feed poultry. A fourth sack he destines for the making of coarse spirits. Suppose, now, that his various personal wants have been fully provided for by this apportionment of the four sacks, and that he cannot think of anything better to do with the fifth sack than feed a number of parrots, whose antics amuse him. (p. 150)

The farmer therefore dedicates each sack to a certain use intended to give him the most possible satisfaction. The sacks are substitutes, which means that it does not matter to this farmer which particular sack is used to distill brandy or feed the parrots. Indeed, to this farmer the sacks can be used interchangeably, and the loss of one sack of grain (no matter which one) will always mean (assuming the farmer's preferences do not change) the parrots will have to find food on their own or find another benevolent farmer with grain in excess of his personal needs. At any loss of grain, the farmer will readily reorganize the stock at hand so that he maximizes his utility.

Imagine if this farmer somehow loses two of his sacks so that he has only three sacks left. Obviously, he will use the three sacks for food but will have no grain to distill brandy or feed parrots. And if he were to increase his stock by one sack, he would distill brandy — the parrots would always (under the aforementioned preferences) have to wait until the farmer has a total of at least five sacks on hand.

Let us assume this farmer has some money under his mattress and the opportunity to purchase a fourth sack of grain. The economic problem is what the price of that fourth sack would be. From the farmer's perspective, it is obvious that he could give up some value to get his hands on the extra grain. How much? He would only purchase the sack of grain if it makes him better off, that is to say that he will not give up a higher value for the sack of grain than the value he would receive in using it. In fact, since he intends to use this fourth sack of grain to distill brandy, he would be willing (and, we have assumed, able) to pay anything less than the value he attributes to that brandy. Were he to pay more than this value, then he would be worse off; were he to pay an equal value, then going through with the exchange means nothing to him — so why would he do it? The only way this farmer would go through with the exchange is if he gives up less value than he receives. And the same goes for the seller — he or she will sell a sack of grain to the farmer only if the value of it is perceived as lower than the value of the payment for it.

The endowment effect is the price difference between eight and ten silver coins. To neoclassical economists, it is supposedly a mystery that farmer A, when having only three sacks of grain, is willing to pay the price of eight silver coins for an additional sack of grain, but when he has acquired it, he is not willing to sell it for less than ten silver coins!

But there is no mystery to the endowment effect — and there is no effect. Indeed, farmer A does not value the fourth sack of grain differently depending on whether he wishes to acquire it or if he considers selling it — he values the sack of grain exactly the same. Throughout this example, the value of the fourth sack to the farmer is his use of it to distill brandy. The value is not the price he is willing to pay to acquire it, and it is not the price he is willing to accept to give it up. Exchange is not the result of an equality in valuation, as indifference-curve analysis assumes, but a result of inequality in the parties' valuation. The seller must value that which he gains through the exchange more than what he gives up, just as the buyer must value that which he gains more than that which he gives up. Only when this is the case is exchange possible and expected.

The bewilderment due to the endowment effect is only because neoclassical economics has sacrificed economic truth for the sake of the mathematical means in economic analysis. In a strictly mathematical analysis the conclusions follow directly from the assumptions. Those using such frameworks in economic analyses need to look somewhere outside the framework to find causes and explanations, because math is tautological and does not identify causes or provide explanations — only illustrations.

The obvious solution to this shortcoming in the framework is to replace it with something better and more realistic, not persist in seeking explanations elsewhere.