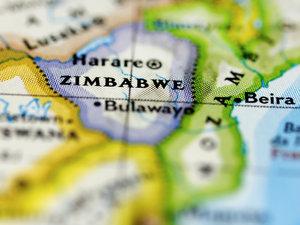 Zimbabwe hit the headlines in the 2000s due to its extraordinary inflation rate, peaking at a monthly rate of 79.6 billion percent in November 2008. The hyperinflation was a result of Robert Mugabe’s government’s printing of excess money in order to finance government corruption as well as involvement in the Democratic Republic of Congo.

As one would expect, Zimbabwe was a point of interest for monetary economists due to its extraordinary rate of inflation. However, more recently, Zimbabwe has become a fascinating example of an economy operating with concurrent currencies, but has received little to no attention from academic economists.

A Mixture of Monies

The monetary situation in Zimbabwe is quite complex and appears even more peculiar when we find that the state has not one but nine legally-recognized forms of legal tender, with its own currency failing to place on the list.

Initially the currencies of choice were the US dollar and the South African rand; however, the Botswana pula, the British pound, and the euro have also enjoyed some popularity. All five currencies eventually became legal tender. Furthermore, the Zimbabwean government recently made an additional four currencies legal tender; namely the Australian dollar, Chinese yuan, Japanese yen, and Indian rupee.

Although this is hardly the ideal monetary system envisaged by Austrian school economists, it is a captivating scenario. The creation of legal tender in the past has often proved to be an impediment to competition between monies, but in this respect, the monetary regime in Zimbabwe is, in many ways, unique in recent history.

To illustrate this further, we need to make two critical considerations: network effects and Gresham’s Law.

Money is the perfect example of a good exhibiting network effects. A network effect occurs when the desirability of an item depends upon the amount of others using it. Since money is demanded due to its acceptability among others for future payment, money is said to exhibit network effects.

In other words, accepting a particular currency increases its desirability and thereby encourages others to accept it, further increasing its desirability. This is essentially the view Carl Menger discusses when he describes the emergence of money from a barter system.

Once a particular currency gains widespread acceptance, the above process results in a weak form of path dependency or lock-in — that is, once a currency is established, the system tends to favor the incumbent money over potential alternatives. Thus, in the context of the network effects of money, money users are concerned with the size and location of a particular network, and money is accepted with these variables in mind. Under such circumstances, a seemingly superior alternative may fail to supplant a currency already enjoying widespread circulation.

Gresham’s Law tells us that bad money drives out good money. In its purest form, Gresham’s Law is inapplicable to the case of Zimbabwe. The reason for this is that, contrary to what occurred in previous centuries around the globe, the Zimbabwean regime has not set fixed exchange rates between the various currencies. Rather, cashiers are to check market exchange rates on a daily basis.

However, with some slight adjustments to the original theory, a form of Gresham’s Law can be constructed to apply to Zimbabwe. Moreover, the consequences of this modified theory are similar to the original law. A currency experiencing more inflation than substitute currencies would be used in trade as often as possible. This would serve dual purposes. First, the owner of the substandard currency would prefer to use it in trade in order to keep their more stable and more robust currency in hand. Second, an individual in possession of the value-losing currency would rush to exchange it in order to obtain goods losing value less rapidly than the said currency.

It is nevertheless important to note that the currency would only be seen as substandard so long as it is decreasing in value relative to other monies in the economy. Additionally, if it were to continuously decrease in value, its destructive effect on the economy would eventually cease, as it would ultimately become a nearly worthless currency, limiting its use to minute transactions.

However, when we model an economy using both legal tender laws and Gresham’s Law we create a new problem. No new currency is likely to usurp an incumbent currency unless the incumbent has suffered such a large decrease in value that larger transactions in that currency have become impossible. This is because Gresham’s Laws ensures that inferior currencies will be the first to be traded, and legal tender laws oblige people to accept any currency with the legal tender status.

Moreover, Zimbabwe offers yet another twist which will favor inferior currencies. A peculiar fact about Zimbabwe — and a fact that will have important consequences to a Zimbabwean’s choice of currency — is that trade has been hindered in Zimbabwe due to the relatively high value of even the lowest denominated notes of their legal tenders.

There is a shortage of coins in Zimbabwe due to their high shipping costs. When using US dollars for example, the $1 bill is the most popular note due to budget constraints. For the average Zimbabwean, $1 is a lot of money, and due to the dearth of coins, people are often forced to buy more goods than are wanted or needed. Ironically, inferior currencies may actually be favored for convenience.

While the more slowly depreciating currencies will be favored for savings, Zimbabwe’s monetary system favors less stable currencies for daily transactions. While legal tender laws remove the problem of network effects they create a new problem, namely a situation that allows inferior currencies to dominate trade.