GET NEWS AND ARTICLES IN YOUR INBOXPrint
A
A
Home | Mises Library | Mr. Bailout 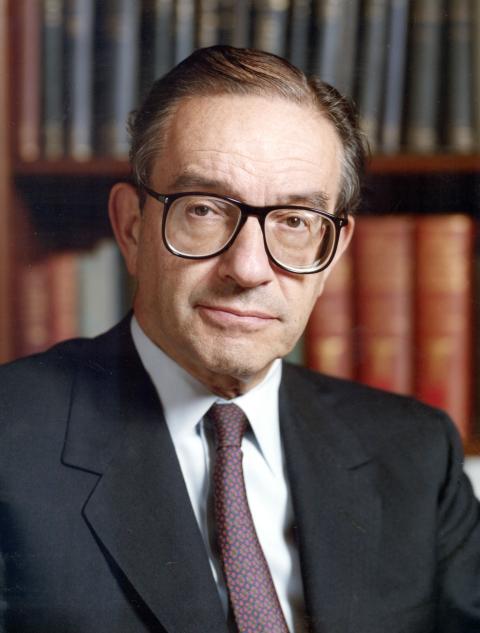 Alan Greenspan is about to retire. He has been the chairman of the Board of Governors of the Federal Reserve System since August 11, 1987, and his final term will end on January 31, 2006. Until then, Greenspan will have served almost two decades at the helm of the US central bank during which he has left his mark like few before him. With only a little more than a year left as chairman, time now is opportune to review his performance, and at this occasion to make also an assessment of modern central banking.

Modern central banks claim price level stability and sustainable economic growth as their main objectives. If these goals were really the main concern, central banks would not be needed. The gold standard would do this job much better. The real raison d'être for modern central banking is the management of a financial system which has become highly fragile due to fractional reserve banking and to facilitate government expansion based on debt accumulation.1 The function of a modern central bank is the protection of the major players in the financial industry and to issue money based on government debt.

Even when called "independent," central banks usually conspire with their respective governments. There are wars to be fought and government debts to be redeemed. There is always, so it seems, a kind of "national interest" which requires easy money. Either in a direct way or indirectly by monetizing government debt, central banks have rarely opposed the expansion of government or put a break on debt accumulation.

Under Alan Greenspan's rule at the Fed, the function of the central bank as a bailout institution has experienced a new golden age. As head of the Federal Reserve System, Alan Greenspan has earned the highest esteem from the central bank's main clientele. The adoration that the chairman has earned from the financial markets and the various governments by which he was re-appointed a total of five times has come mainly from the expectation that he would stand ready as their bailout man.

It would be a vain endeavor to research modern mainstream economic textbooks in order to pin down the economic theory which guides Alan Greenspan's monetary policy. The chairman of the Board of Governors of the Federal Reserve System has let it be known that most of these models are irrelevant. The monetary school that he represents is the traditional model of modern central banking. It should be called "bailout economics." It is an economic doctrine, which says that whenever and for whatever reason the financial markets or the government should get into financial trouble, the central bank will bail them out by providing abundant liquidity.

As soon as the asset markets—and later on the banks and the public in general—had learned about the bailout doctrine there was no stopping. Under such a cover, financial investing no longer needed prudent calculation, even more so as the chairman's visionary portraits of an imaginary world of abundance promised an oasis of prosperity on American soil. With the bailout guarantee verbally and practically in place and the vision of a new economic dawn firmly put forth, the shackles of fear that had restrained excessive debt accumulation in the past have been shed.

Since Alan Greenspan took office, financial markets in the US have operated under a quasi official charter, which says that the central bank will protect its major actors from the risk of bankruptcy. Consequently, the reasoning emerged that when you succeed, you will earn high profits and market share, and if you should fail, the authorities will save you anyway.

Under the protective shield provided by the central bank, the US financial system has became tilted toward relentless expansion. In a process that began as early as 1987, Greenspan's monetary policy has transformed the American economy toward the predominance of the financial sector.

After just two months in office as Fed chairman, Greenspan set the standard when facing the stock market crash of October 19th, 1987, and he famously declared: "The Federal Reserve, consistent with its responsibilities as the nation's central banker, affirmed today its readiness to serve as a source of liquidity to support the economic and financial system."

Greenspan's prime monetary policy rule has remained the same since then. It is a rule which he formulated when referring to the response to the stock market debacle in 1987:"It wasn't a question of whether you would open up the taps or not open up the taps. It was merely how you would do it, not if."2

As Greenspan explained in his testimony before the U.S. Senate Committee on Banking, Housing, and Urban Affairs, on February 2, 1988, it is the "crucial role" of the central bank to respond to "episodes of acute financial distress."

The chairman has lived up to that promise. Greenspan fulfilled his mission in the wake of the 1987 stock market debacle. He made sure that the government could easily finance two wars in the Middle East. He did his bailout job by saving the creditors of the LTCM hedge fund; he did it in face of an expected Y2K liquidity squeeze, and he is doing it now by fabricating the housing bubble.

What Greenspan has accomplished is fully in line with the original intentions of the act that established the Federal Reserve System in 1913.3 This legislation was put forth with the pretense that protecting the major players of the financial industry from default means saving the system. By making the financial system more "elastic," governments received the prospect that from now on golden fetters no longer would curb their encroachment.

By functioning as a "lender of the last resort" in order to guarantee "financial system stability," central banks willingly provide a safety net for their debt-ridden governments and accordingly for the big players in the financial industry. This provision establishes an incentive for the governments to expand without end and for the financial intermediaries to opt for size at the cost of prudence in order to become "too big to fail." As bailout institutions with the promise of unlimited liquidity, it the central banks themselves that lay the groundwork for "financial distress" to emerge—not just as "episodes," but in a way that makes the modern financial system permanently fragile.

There were recessions and changes of money values before the ascendancy of modern central banking, but these were usually short and relatively mild and most of the time they resulted from external factors such as bad harvests and wars. With modern central banking, hyperinflations and "great" depressions emerged. With all anchors severed that would curb debt expansion, modern central banks are supposed to create the permanent boom, but while aiming at this illusory goal, they prepare the conditions for the eruption of the slumps.4

Modern central banks function as the prime instigators for the emergence of unsustainable booms, then they show up as the saviours of the bust. While imposing as the navigators, they act as the prime instigators of the very instability they are called to fight. Greenspan has played this game in all its virtuosity. With a masterful hand, the current chairman has wielded the levers of monetary stimuli. He has given the financial markets what they want: a lender of the last resort that could be banked on. When one debt-driven boom had turned into bust, he managed to make sure that another one would begin.

The key to the power of a central bank is maintaining the illusion that fiduciary money is wealth. It is a con game, and in this respect there can be few doubts that Alan Greenspan has been a master at this game. Under his rule, the arcane machinery of the central bank has turned into a fountain of cheap money, which has inundated the globe. This policy of repeated bailouts and the provision of unlimited funding for government expansion in the face of a decreasing savings rate and a shrinking productive sector is the way toward an economic Armageddon. By functioning as bailout agents central banks use the power to create money as a power to destroy.