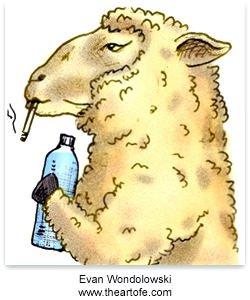 There has been much ado concerning the Federal Reserve's doubling of the monetary base this past year. Many believe a currency crisis or hyperinflation of the dollar is imminent. Some go as far as to say that this crisis will destroy America.

While I concede that a currency crisis would certainly mean a much lower quality of life for most Americans in the short term, I also have great faith in the individual's ability to take action in uncertain times. Free men operating in a free market do find solutions to even the largest crises.

In 2007 I did a seven-month deployment to Iraq. I was posted in multiple farming and fishing villages in al Anbar province. However, I do not wish to discuss the war or national defense. I want to concentrate on what, in my estimation, was a much more important issue to the people in the villages: money.

These villages were rebuilding from the horrors of the war. A great amount of wealth had been destroyed, not bank accounts, mind you, but real wealth: houses, cars, trucks, fishing boats, and farmland.

In the villages, houses and boats needed to be repaired or rebuilt, roads needed attention, and parents wanted to get their children back in school. In order to do all these wonderful things, a medium of exchange was needed. Unfortunately, or fortunately, depending onhow you look at it, the villagers did not put much faith in the paper money printed by the government in Baghdad.

As this was an agrarian society the villagers turned to a time-tested medium of exchange: livestock. In the villages all households had some sheep, and the more affluent houses had very large herds. Goods were exchanged, debts repaid, and business contracts agreed upon all using sheep as money.

"Free men operating in a free market do find solutions to even the largest crises."

The river water, while great for crops and livestock, was not ideal for human consumption, and therefore clean drinking water became a very valuable commodity. The bottled water brought in from the larger cities was one of the most sought-after commodities in the village, and I soon noticed villagers pricing items in not only sheep, but bottles of drinking water as well.

Then there was the standard wartime medium of exchange: cigarettes. The villagers smoked cigarettes every evening with chai tea. They were bought in the cities and brought back by the truck load. As a result they were not as valuable as sheep or bottled water; however they served as small change for the villagers.

These three moneys all circulated in the villages free of any government mandate or oversight. The exchange rate also fluctuated free of mandate. Sheep were the most stable commodity as they were held and bred in the villages.

Bottled water and cigarettes were transported in from the cities. This transport was subject to logistical difficulties, and therefore their value fluctuated. Farmers and fisherman also drank much more water in the summer months, which had a great effect on its value. As individuals built up more savings in the form of bottled water and cigarettes, the values of these currencies became more stable but were still subject to greater fluctuations than were sheep. 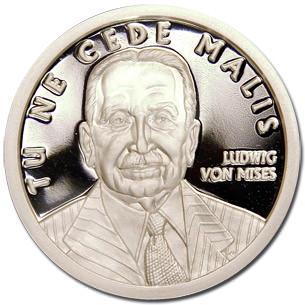 With these three free market currencies, I watched village markets grow, farmers increase productivity, fisherman save capital in order to improve or build new boats, and young couples commission houses to be built with borrowed money. All this progress was made possible through the real savings of valuable commodities.

So, for those who are deeply worried about a currency crisis in the United States, I bear a positive message. When a currency fails, as long as there is no outside coercion implemented, individuals will act and find sound money in what is around them. Gold and silver will certainly be prime candidates, but even in small towns with limited access to these precious metals, there is an infinite supply of sound money available.

Depending on the situation and location of the community, a form of sound money might spring from anywhere.