Growth in the supply of US dollars fell again in August, this time to a 108-month low of 4.2 percent. The last time the money supply grew at a smaller rate was during August 2008 — at a rate of 4.1 percent.

The money-supply metric used here — an "Austrian money supply" measure — is the metric developed by Murray Rothbard and Joseph Salerno, and is designed to provide a better measure than M2. The Mises Institute now offers regular updates on this metric and its growth.

The "Austrian" measure of the money supply differs from M2 in that it includes treasury deposits at the Fed (and excludes short time deposits, traveler's checks, and retail money funds). 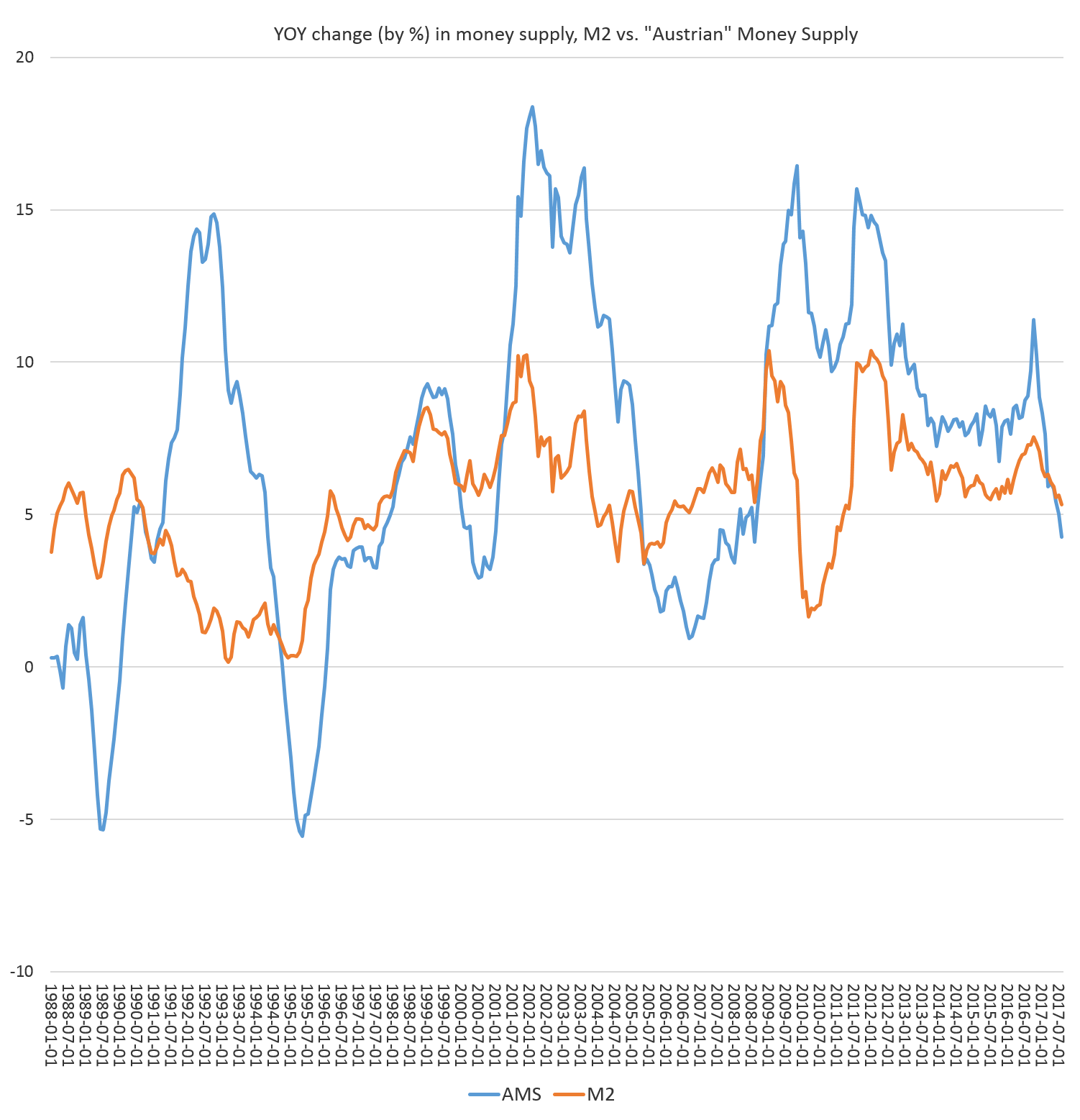 Thanks to the intervention of central banks, of course, money supply growth in recent decades has never gone into negative territory.

Nevertheless, as we can see in the graph, significant dips in growth rates show up in years prior to a economic bust or financial crisis.

For insights into what's affecting money supply growth, we can look at loan activity, such as the Federal Reserve's measure of industrial and commercial loans.

In July of this year, growth rate in loans fell to a 75-month low, dropping to 1.5 percent. In August, loan growth rebounded slightly, climbing back to 2.1 percent. Loan growth has not been this weak since April of 2011, in the wake of the last financial crisis. 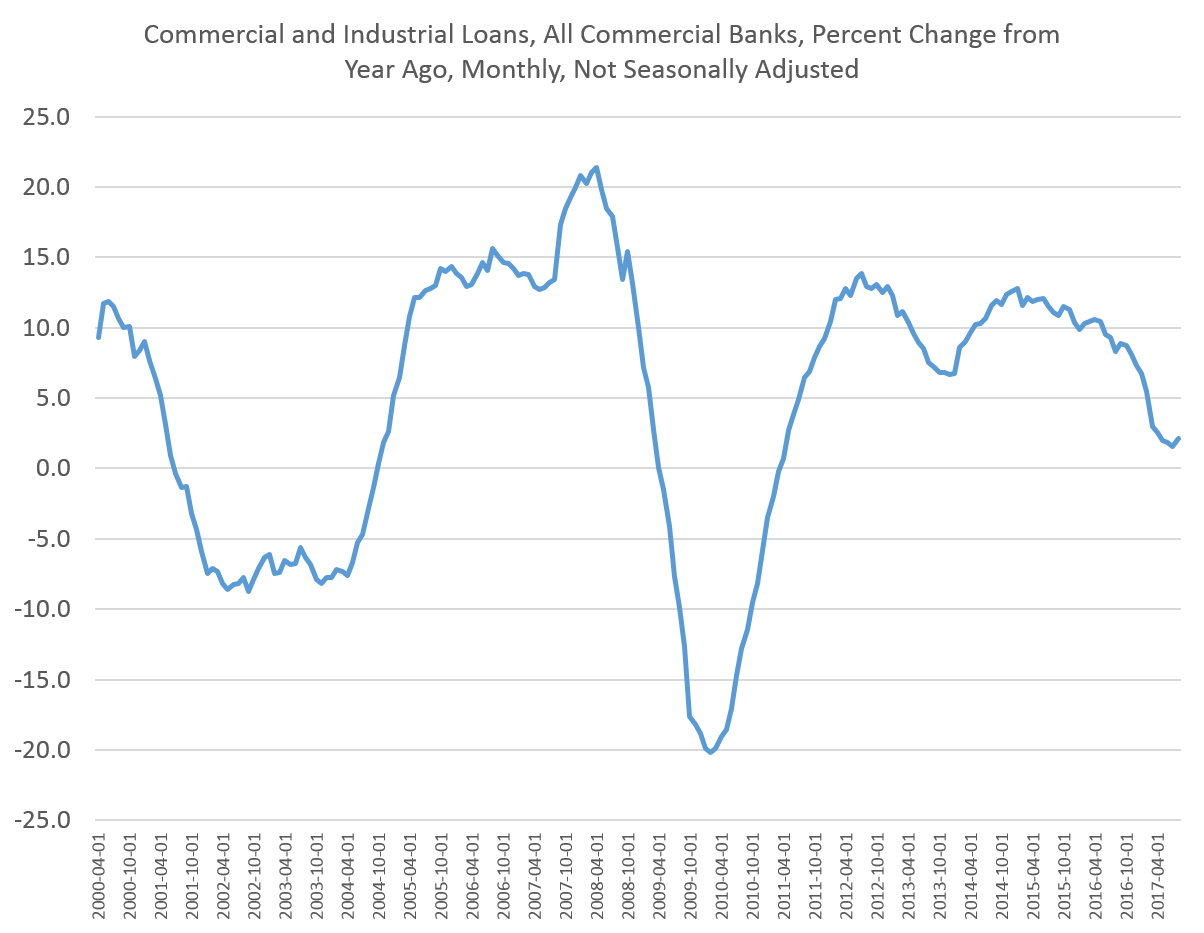 We find similar trends in real estate loans and in consumer loans, although not to the same extent.

The current subdued rates of growth in the money supply suggests an economy in which lenders are holding back somewhat on making new loans, which itself suggests a lack of reliable borrowers due to a lackluster overall economy. This assessment, of course, is reinforced by the Federal Reserve's clear reluctance to wind down it's huge portfolio, and to end its ongoing policy of low-interest rates — concerned that any additional tightening might lead to a recession. Growth in consumer loans hit a 27-month low in August, and real estate loans hit a 28-month low during the same period.