Money and the Individual 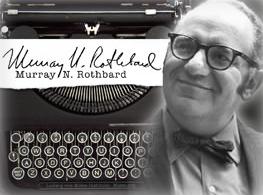 Tags Money and BankingOther Schools of ThoughtPhilosophy and Methodology

[This foreword to The Theory of Money and Credit by Mises (1912) was originally published in the 1981 Liberty Fund Edition of Mises's book.]

Ludwig von Mises's The Theory of Money and Credit is, quite simply, one of the outstanding contributions to economic thought in the twentieth century. It came as the culmination and fulfillment of the "Austrian School" of economics, and yet, in so doing, founded a new school of thought of its own.

The Austrian School came as a burst of light in the world of economics in the 1870s and 1880s, serving to overthrow the classical, or Ricardian, system which had arrived at a dead end. This overthrow has often been termed the "marginal revolution," but this is a highly inadequate label for the new mode of economic thinking. The essence of the new Austrian paradigm was analyzing the individual and his actions and choices as the fundamental building block of the economy.

Classical economics thought in terms of broad classes, and hence could not provide satisfactory explanations for value, price, or earnings in the market economy. The Austrians began with the actions of the individual. Economic value, for example, consisted of the valuations made by choosing individuals, and prices resulted from market interactions based on these valuations.

The Austrian School was launched by Carl Menger, professor of economics at the University of Vienna, with the publication of his Principles of Economics (Grundsätze der Volkswirtschaftstehre) in 1871.1  It was further developed and systematized by Menger's student and successor at Vienna, Eugen von Böhm-Bawerk, in writings from the 1880s on, especially in various editions of his multivolume Capital and Interest. Between them, and building on their fundamental analysis of individual valuation, action, and choice, Menger and Böhm-Bawerk explained all the aspects of what is today called "micro-economics": utility, price, exchange, production, wages, interest, and capital.

Ludwig von Mises was a "third-generation" Austrian, a brilliant student in Böhm-Bawerk's famous graduate seminar at the University of Vienna in the first decade of the twentieth century. Mises's great achievement in The Theory of Money and Credit (published in 1912) was to take the Austrian method and apply it to the one glaring and vital lacuna in Austrian theory: the broad "macro" area of money and general prices.

For monetary theory was still languishing in the Ricardian mold. Whereas general "micro" theory was founded in analysis of individual action, and constructed market phenomena from these building blocks of individual choice, monetary theory was still "holistic," dealing in aggregates far removed from real choice. Hence, the total separation of the micro and macro spheres. While all other economic phenomena were explained as emerging from individual action, the supply of money was taken as a given external to the market, and supply was thought to impinge mechanistically on an abstraction called "the price level." Gone was the analysis of individual choice that illuminated the "micro" area. The two spheres were analyzed totally separately, and on very different foundations. This book performed the mighty feat of integrating monetary with micro theory, of building monetary theory upon the individualistic foundations of general economic analysis.

Eugen von Böhm-Bawerk died soon after the publication of The Theory of Money and Credit, and the orthodox Böhm-Bawerkians, locked in their old paradigm, refused to accept Mises's new breakthrough in the theory of money and business cycles. Mises therefore had to set about the arduous task of founding his own neo-Austrian, or Misesian, school of thought. He was handicapped by the fact that his post at the University of Vienna was not salaried; yet, all during the 1920s, many brilliant students flocked to his Privatseminar.

In the English-speaking world, acceptance of Misesian ideas was gravely hampered by the simple but significant fact that few economists read any language other than English. Mises's The Theory of Money and Credit was not translated into English until 1934, and the result was two decades of neglect of the Misesian insights. Cash balance analysis was developed in the late 1920s in England by Sir Dennis H. Robertson, but his approach was holistic and aggregative, and not built out of individual action.

The purchasing power parity theory came to England and the United States only through the flawed and diluted form propounded by the Swedish economist Gustav Cassel. And neglect of the Cuhel-Mises theory of ordinal marginal utility allowed Western economists, led by Hicks and Allen in the mid-1930s, to throw out marginal utility altogether in favor of the fallacious "indifference curve" approach, now familiar in micro textbooks,

Mises's integration of micro and macro theory, his developed theory of money and the regression theorem, as well as his sophisticated analysis of inflation, were all totally neglected by later economists. The idea of integrating macro theory on micro foundations is further away from current economic practice than ever before.

Only Mises's business cycle theory penetrated the English-speaking world, and this feat was accomplished by personal rather than literary means. Mises's outstanding follower, Friedrich A. von Hayek, immigrated to London in 1931 to assume a teaching post at the London School of Economics. Hayek, who had concentrated on developing Mises's insights into a systematic business cycle theory, managed quickly to convert the best of the younger generation of English economists, and one of the brightest of the group, Lionel Robbins, was responsible for the English translation of The Theory of Money and Credit.

For a few glorious years in the early 1930s, such youthful luminaries of English economics as Robbins, Nicholas Kaldor, John R. Hicks, Abba P. Lerner, and Frederic Benham fell under the strong influence of Hayek. In the meanwhile, Austrian followers of Mises's business cycle theory — notably Fritz Machlup and Gottfried von Haberler — began to be translated or published in the United States. Also in the United States, young Alvin H. Hansen was becoming the leading proponent of the Mises-Hayek cycle theory.

Mises's business cycle theory was being adopted precisely as a cogent explanation of the Great Depression, a depression which Mises anticipated in the late 1920s. But just as it was being spread through England and the United States, the Keynesian revolution swept the economic world, converting even those who knew better. The conversion process won, not by patiently rebutting Misesian or other views, but simply by ignoring them, and leading the economic world into old and unsound inflationist views dressed up in superficially impressive new jargon.

By the end of the 1930s only Hayek, and none of the other students of himself or Mises, had remained true to the Misesian view of business cycles. Mises's The Theory of Money and Credit, in its English version, barely had time to be read before the Keynesian revolution of 1936 rendered pre-Keynesian thought, particularly on business cycles, psychologically inaccessible to the next generation of economists.

Mises added part four to the 1953 English-language edition of The Theory of Money and Credit. But Keynesian economics was riding high, and the world of economics was scarcely ready to resume attention to the Misesian insights. Now, however, and particularly since his death in 1973, Misesian economics has experienced a remarkable resurgence, especially in the United States. There are conferences, symposia, books, articles, and dissertations abounding in Austrian and Misesian economics.

With the Keynesian system in total disarray, reeling from chronic and accelerating inflation punctuated by periods of inflationary recession, economists are more receptive to Misesian cycle theory than they have been in four decades. Let us hope that this new edition will stimulate economists to reexamine the other sparkling insights in this grievously neglected masterpiece, and that Mises's integration of money and banking with micro theory will serve as the basis for future advances in monetary thought.