GET NEWS AND ARTICLES IN YOUR INBOXPrint
A
A
Home | Mises Library | Monetary Showdown: European Version 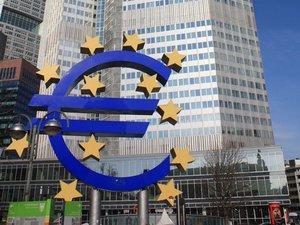 We previously mentioned the budding struggle between the Yellen and Trump factions relating to the strength of the dollar and monetary and fiscal policies. It is the monetary status quo versus the populist rhetoric, and the showdown is worldwide. CNBC:

The European Central Bank (ECB) is faced with an unprecedented political challenge this year as key member states prepare to elect new leaders, though not everyone is convinced the central bank has the tools necessary to weather a populist storm.

The CNBC story goes on to explain that the ECB's Mario "whatever it takes" Draghi has unleashed a monetarily "nuclear" option to save the eurozone from the brink of a debt-laden collapse. They've been in crisis mode for four years.

But if the populists take control in France and Marine Le Pen renegotiates their EU membership, another Brexit-Trump moment of official challenge to the monetary establishment would be dealt. And indeed, Maria Demertzis tells CNBC that such victory and challenge to the EU would result in monetary fallout:

"The ECB has several lines of defense if there is a surprise result in the elections this year but if Le Pen is to announce, as she promised, she is going to hold a referendum to quit the EU then I don't see the ECB granting any lines of defense to try and help."

The financial markets worldwide depend heavily on the central bankers giving it all they've got in regards to "accommodative" policies. If the populists continue their success, and the ECB begins to slowdown its monetary efforts in stubborn response, who knows what might happen to the fragile bubbles around the globe.

Central bankers pride themselves in their ability to prop up markets. But regular people just don't care. In fact, worldwide they are boiling mad at the loss of their purchasing power and savings, coupled with their staggering debt levels. They aren't impressed by the self-congratulatory nature of Professional Economists.

And these economists and the bureaucrats they justify didn't even see the populist revolt looming. But now it's here. The showdown builds.