Mish Should Ditch His Deflation Fears 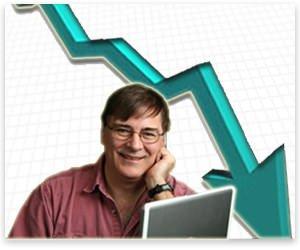 We who are advocates of sound, free-market money need to get our story straight. Are we predicting hyperinflation or massive deflation? Personally, I am much more worried about the former problem. Using a recent article by Mish, I hope to show that no one has made a convincing case for falling prices.

"Mish" is a very popular blogger on financial and economic affairs. His nickname is a melding of the first two letters of his two real names, Mike Shedlock. (My own friends called me "Romu" for a brief spell, but it didn't catch on.) For some time Mish has been criticizing those warning about impending inflation, and in a recent post he summed up his position quite well.

Mish was responding to Gary North, who had written, "The Federal Reserve can re-ignite monetary inflation at any time by charging banks a fee to keep excess reserves with the FED."

Gary's hypothesis … is just that, a hypothesis, and I believe a very poor one at that.

Bernanke's idea to pay interest on reserves will slowly recapitalize banks over time. This is why he desperately wanted to do so. To suggest he is about to charge interest on deposits is silly.

The key fact now is there are not enough credit worthy customers for banks to want to lend, or for that matter willing borrowers looking to expand debt. Thus, if banks had to pay interest on reserves, rather than causing mass inflation, the Fed would cause mass panic.

I humbly submit that we have no idea what Bernanke is going to do next. Well, okay, we have some idea; Bernanke obviously isn't going to call for the abolition of the Fed. But beyond that, it's anybody's guess. There are many economists who think Bernanke's decision to start paying interest on reserves was a horrible blunder. In any event, Mish is simply assuming that the Fed officials don't want to "cause mass panic," when an open-minded reading of history makes me wonder.

Let's not get bogged down on the issue of Fed payment of interest. Here is the crux of Mish's approach to inflation:

Every one of them is wrong.

We have a credit based economy and anyone watching money supply and not watching credit is simply wrong. This is a statement of fact, not idle conjecture. Only those watching and expecting the collapse in credit and understanding the role of gold got things correct. This is a very small group of people.

Is Credit Part of the Money Supply?

Although every writer has his or her own nuances, I think it's safe to generalize and say that the people calling for a "debt deflation" are assuming that the availability of credit acts as "virtual money," and causes prices to be higher than they otherwise would be. Some writers in this camp seem to think that we should just lump someone's credit line in with his bank balance and currency on hand, in order to come up with how much "purchasing power" he has at his command.

Strictly speaking, that isn't correct. For simplicity, picture an economy that has no credit system, and where physical gold serves as the commodity money. We start out in an initial equilibrium where the public collectively holds, say, 100 million ounces of gold as cash holdings. Prices of goods and services are quoted in weights of gold, and this vector of prices determines the "purchasing power" of an ounce of gold. Because we're in equilibrium, everyone is happy holding his portion of the 100 million ounces.

Now suppose in this scenario, a budding entrepreneur gets the bright idea to form Rothbard Express, the first-ever credit card company. That is, Rothbard hands out plastic cards with his logo on them, and merchants agree to accept payment with use of such a card, rather than with actual gold coins. What will be the effect on prices?

At first blush, it seems as if the new business will push up prices. After all, people can now chase goods with not only 100 million ounces of gold, but also with the sum total of their credit lines as extended by Rothbard. In the new equilibrium, wouldn't prices be higher because of the extra spending?

Actually, it's not at all obvious that the new credit card system would push up prices, because credit cards don't create new money. When Jim swipes his Rothbard card to buy a suit at a price of one gold ounce, the merchant still gets paid in gold. What happens is that Rothbard Express makes a short-term loan of one ounce of gold to Jim, who then spends it on the suit.

Breaking down the credit transaction into its components, it's not obvious why there should be upward pressure on prices. Yes, Jim can buy a suit that he otherwise could not have afforded; this makes suit prices higher (today) than they would otherwise be. But in order to finance Jim, Rothbard the entrepreneur may have deferred a purchase of a computer that he otherwise would have made, making computer prices lower today. In general, there is no reason to suppose the net effect would be rising prices.

Supply and Demand for Money

Rather than staring at an individual credit transaction, maybe we'll gain more insight from looking at the big picture. The new company Rothbard Express hasn't increased the physical supply of gold; the community still has 100 million ounces, just as before. So the question boils down to this: do people want to hold the same amount of purchasing power in their cash holdings, as before?

Again, at first the answer seems to favor (price) inflation. Because each consumer now carries around a plastic card giving him the ability to command (say) up to three ounces of gold on the spot, he's probably going to reduce the amount of physical cash he carries on him, or that he leaves in a checking account. The size of his stockpile for "emergencies" can safely be reduced, since he now has an extra cushion due to his credit line from Rothbard Express.

If this pattern held for everyone in the community, then the result would clearly be rising prices. No matter what, the total cash holdings of the community must equal 100 million ounces. If everybody wants to cut back on his cash holdings, the only way to accomplish this is through rising prices. To put it crudely, if everyone wants to hold half as much cash, then a doubling of prices will restore equilibrium.

Recall that it's not the actual weight of gold that people care about, but rather its purchasing power. For example someone might put "three weeks of groceries" in gold in the house safe. When food prices go up, this objective requires more physical gold.

However, we can't yet conclude that the introduction of credit cards will lead to lower desired cash holdings, and hence to higher prices. This is because Rothbard the credit card entrepreneur must greatly increase his cash holdings. In order for merchants to let customers buy their wares at par using a credit card, Rothbard must build up an impeccable record of settlement of charges. In order to do that, he naturally must accumulate a large stockpile of physical gold before he starts issuing plastic cards.

My guess is that, on balance, the expansion of Rothbard's cash holdings would only partially offset the reduction of the rest of the community's cash holdings. In other words, I think the overall market demand to hold cash would fall. (Rothbard's demand increases, but the rest of the community's demand decreases by a greater amount.) With falling demand and a fixed supply, the "price" of gold would go down, meaning its purchasing power would drop. That's just another way of saying that prices of goods and services, quoted in ounces of gold, would rise.

Having made that concession, I still don't see why the bursting of the housing bubble will lead to mass price deflation. If American households are trying to pay down their credit card debts, that's not the same thing as taking away their option to charge a true "emergency" purchase, which most households can still do. It's true, households did in fact expand their cash holdings in 2008, but I think their actions were more attributable to the general uncertainty of the future, than to the tightening of credit standards.

If a household spends $500 a month less on dining out, in order to pay down credit card balances, that is not automatically $500 less in "total spending" in the economy. We have to inquire further to see what the credit card company does with the $500 extra in monthly payments it now receives. The mere fact that (some) households are trying to pay down debts doesn't guarantee price deflation.

Stocks and Bonds Have Prices, Too

As the considerations above should indicate, it is not self-evident that a bursting credit bubble will lead to price deflation. But perhaps I have left out a crucial piece of the analysis. Maybe in the real world, credit card companies act as quasi fractional-reserve bankers, because merchants do not insist on immediate payment in actual money. Just as bank runs (in a fractional-reserve system) could collapse the money supply and hence prices back in the early 1930s, maybe in today's economy a widespread "pulling out of credit" could have similar effects.

This seems to be the deflationist argument, but I have never seen it spelled out carefully. It might be right, but no one has yet convinced me.

In any event, I offer the following observation: Suppose it's true that "velocity" will fall (a favorite deflationist claim), meaning that the average dollar bill turns over fewer times per year and so can support a lower level of prices. Still, what if the specific prices that take the brunt of the fall, are associated with corporate stock and US Treasury bonds? It's entirely possible that "general US prices" fall according to some measure, while the prices of milk, eggs, and gasoline rise.

Whatever happens to the absolute levels of various prices, certainly the relative prices of hard commodities and staples will rise, compared to the prices of mortgage-backed securities and commercial paper issued by a coal-based utility company. Even if the "debt deflation" scenario is generally right, the absolute effect could be swamped by the relative effects, meaning that retirees on fixed dollar incomes could still get wiped out when their standard monthly expenses rise. The deflationists like Mish might be right, but they need to make a much stronger case.