GET NEWS AND ARTICLES IN YOUR INBOXPrint
A
A
Home | Mises Library | Mises Celebrated in Lviv, Ukraine 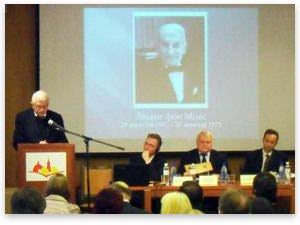 One hundred and thirty years ago, on the September 29, 1881, Ludwig Heinrich Edler von Mises was born in Lemberg. At that time part of the Austro-Hungarian Empire, Lemberg is now called Lviv and is located in Ukraine. This event had to be celebrated, and so academics, representatives of think tanks, and government officials from eight different countries came together to honor Mises with an academic conference entitled "Economics and Bureaucracy in an Open Society."

One might think that bureaucrats would react reluctantly to Mises's ideas. Nevertheless, the event was organized by two Ukrainian state officials: Dr. Mykola Bunyk and Prof. Dr. Volodymyr Zahorskyy from the Institute of Public Administration and the National Academy of State Management. Mises shows understanding for the bureaucrat in his book Bureaucracy, but makes it clear that the alleged good intentions of the bureaucrat have to fail before the reality of the incentive and decision-making framework of governmental institutions. These and more questions were debated critically by academics from Ukraine, such as Prof. Dr.Viktor Borshchevskyy with a presentation about bureaucracy in transitional societies, Kateryna Kantur with a case study of the negative consequences of regulation in the Ukrainian oil market, and with a discussion of the impossibility of accurate economical predictions by Russian professor Dr. Andrey Zaostrovtsev. 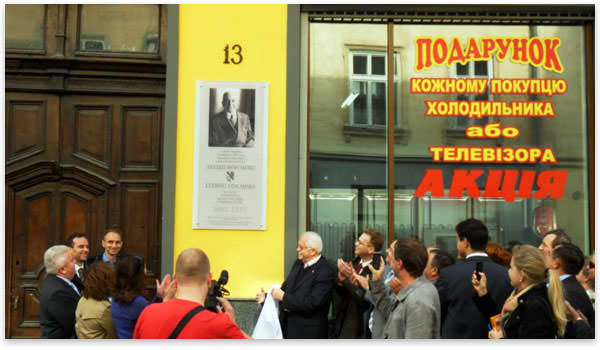 It was a beautiful experience to see that Austrian economics is alive and active in Eastern Europe as an interdisciplinary school of thought. This was stressed by the fact that philosophers from Ukraine, Austria (Institute for Value-Based Economics), and even from the United States of America came to Lviv to present papers.

The event finished with a ceremonial unveiling of a plaque of honor at Ludwig von Mises's birthplace, which was only discovered two months ago. The plaque was funded by voluntary donations from citizens from all over Ukraine. These people only knew each other through a Facebook group and came up with the design and the necessary funding for the plaque. The result is, like its process, extraordinary, and resembles the lively interest and passion for Austrian economics all around the world.

Wolf von Laer studies Austrian economics at Rey Juan Carlos University in Spain. He is author of the German book Problems of the Established Central Banking System — Free Banking as an Alternative? and a member of the executive board for European Students for Liberty.