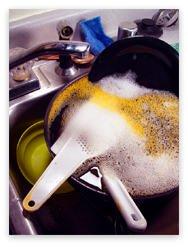 With Federal Reserve Chairman Alan Greenspan set to retire next month after more than 18 years on the job, it seems appropriate to summarize his performance. Greenspan has been the single most powerful individual in the world in the economic sphere.

By merely changing his choice of words between different speeches he has been able to rattle the markets. When he merely removes or add words like "measured" or "accommodative" somewhere in his speech, the markets either rally or panic. And through his words and his actions he has had a profound effect on the US Economy and the world economy as a whole.

Before he became Fed Chairman, some believers in sound money thought Greenspan might push for a less inflationary monetary policy. They pointed to his past as a close associate of Ayn Rand and author of the "Gold And Economic Freedom" chapter in Rand's Capitalism: The Unknown Ideal. In that chapter, Greenspan argued for a Misesian view of monetary matters, pointing to how monetary inflation lead to confiscation of wealth and destabilizing business cycles, arguing that only a gold standard could protect us from the predation of the state. This is why statists view gold as a "barbarous relic." He also described the events leading to the Great Depression in much the same way that Murray Rothbard did in America's Great Depression.

Murray Rothbard warned when Greenspan became Fed Chairman that we should not expect Greenspan to be any better than his predecessors, pointing to Greenspan's previous record, including his support for President Ford's imbecilic "Whip Inflation Now" buttons and his saving Social Security by raising payroll taxes. As it turned out, Rothbard was entirely right.

When Congressman Ron Paul reminded Greenspan of "Gold and Economic Freedom," Greenspan said he now realizes he had been wrong, and that as Fed Chairman he was able to pursue policies that mimic the gold standard.

That however is a preposterous claim. As Mark Skousen showed in his book The Economics of a Pure Gold Standard, the global supply of gold has historically tended to grow 1-2% per year. Since gold supply would be the basis of money supply under a pure gold standard (or at least the monetary base under the weaker version with fractional reserve banking), then it follows that under a "mimic gold standard" the money supply would grow at the same low rate. Yet between August 1987, when Greenspan became Fed Chairman, and November 2005, the monetary base rose from $233.5 billion to $782.5 billion, a 235% total increase or 6.8% at an annual rate. The M3 measure of money supply rose during the same period from $3.62 trillion to over $10 trillion, a 179% increase or 5.8% at an annual rate. Money supply growth has thus been far in excess of gold standard conditions.

Alan Greenspan has a record of repeated rescue operations during times of financial distress. From the stock market crash of 1987 to the S&L crisis of the early 1990s to the Asian crisis and the collapse of LTCM to the feared Y2K crisis to the bursting of the tech stock bubble, Greenspan has proven himself more than willing to bail out failed investors with additional doses of "liquidity" (the popular inflationist euphemism for inflation).

The result of this has been to increase the willingness of investors to participate in speculative bubbles because they know that if things go wrong and they are unable to get out before the bubble burst, their good friend Alan Greenspan will bail them out and limit their losses. Greenspan has thus been responsible for bubbles like the tech stock bubble and the housing bubble both by suppressing interest rates and providing the "liquidity" needed to create the bubbles, and also by reducing investors fear of losses after the bubble bursts by creating the expectations that the Fed will bail them out.

The consequences of this have been great. Instead of falling as a result of increased production, the consumer price index rose nearly 74% between August 1987 and November 2005, an average annual increase of 3.1%. This, together with the even greater asset price increases means that the purchasing power of the dollar has been sharply reduced, something which in turn has constituted large scale "confiscations of wealth," as the 1966 Alan Greenspan described inflation.

Moreover, the illusionary paper wealth created by Greenspan's bubbles has in turn greatly encouraged people to reduce their savings and increase their debts. The gross national savings rate has fallen since 1987 from 16.5% to 13%, and the net national savings rate from 4.5% to 1%. (During the third quarter this year it fell below zero due to Katrina-related damages). This decline in savings has come entirely in the household sector, as the household savings rate has fallen from 7% to -1%. Similarly, the private sector debt burden has increased from 120% of GDP to 153%. Again, this increase has been concentrated in the household sector where debt has increased from 77% of disposable income to 121%. Mortgage debt in particular has increased, from 51% to 91% of disposable income.

This has also had the effect of raising the current account deficit from the then record level of 3.5% of GDP to what will probably be about 7% of GDP this quarter.

Greenspan's policy of inflating bubbles to counter the negative effects of the bursting of previous ones is like someone who remains on a sinking ship because he doesn't like to swim. We can see here how the policy of inflating bubble after bubble to avoid the recessionary implications of previous bubbles has resulted in ever greater imbalances, with the savings rate falling ever lower after each bubble and the debt burden growing ever greater.

Some may believe that Greenspan, who is not alone in deciding monetary policy, has been overruled by the other members of the Federal Reserve board — that perhaps he has been pushing for sounder policies, but to no avail. But Greenspan has in fact been highly active in pushing the rest of the board into the various bail-out operations, and it was reportedly Greenspan, together with a certain Ben Bernanke, who claimed that the old economic laws have been repealed and that the Fed can and should "accommodate" the tech stock bubble. Greenspan has thus been responsible for today's economic mess.

In this context, it seems appropriate to quote "Gold and Economic Freedom":

When business in the United States underwent a mild contraction in 1927, the Federal Reserve created more paper reserves in the hope of forestalling any possible bank reserve shortage. More disastrous, however, was the Federal Reserve's attempt to assist Great Britain who had been losing gold to us because the Bank of England refused to allow interest rates to rise when market forces dictated (it was politically unpalatable). The reasoning of the authorities involved was as follows: if the Federal Reserve pumped excessive paper reserves into American banks, interest rates in the United States would fall to a level comparable with those in Great Britain; this would act to stop Britain's gold loss and avoid the political embarrassment of having to raise interest rates. The "Fed" succeeded; it stopped the gold loss, but it nearly destroyed the economies of the world, in the process. The excess credit which the Fed pumped into the economy spilled over into the stock market — triggering a fantastic speculative boom. Belatedly, Federal Reserve officials attempted to sop up the excess reserves and finally succeeded in braking the boom. But it was too late: by 1929 the speculative imbalances had become so overwhelming that the attempt precipitated a sharp retrenching and a consequent demoralizing of business confidence.

If you update a few of the specifics, like adding 70 years to the dates mentioned, and replacing "Bank of England" and "gold loss" with "Long Term Capital Management" and "the Asian crisis," this is a perfect description of what happened in the United States in the late 1990s.

Not that he would admit it. Because apart from inflation and economic imbalances, the defining characteristic of the Greenspan Fed has been its dishonesty. We have already seen how Greenspan claimed to have mimicked gold standard conditions. Moreover, instead of admitting how he was responsible for the tech stock bubble through the creation of moral hazard and suppression of interest rates, he blamed the bubble on "irrational exuberance." And instead of admitting his role in creating the housing bubble, he denied that there was such a bubble. Later, when he admitted that the housing bubble was real, he spoke out against it as if he had nothing to do with having created it in the first place.

Given Greenspan's obvious familiarity with Austrian economics, we can only conclude that he is consciously dishonest. In his tenure as Fed Chairman, Greenspan has acted precisely like the central bankers he attacked in 1966. The enduring legacy of the Greenspan era will be the large-scale confiscations of wealth and economic imbalances — all of it blamed on others.